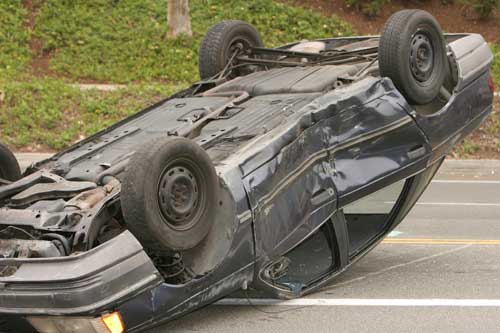 Experts have long known that peer passengers increase teen driver crash risk. In other words, teens driving their friends around is potentially dangerous.

But what hasn’t been well understood is why. Now two studies by The Children’s Hospital of Philadelphia (CHOP) and State Farm® identify factors that may lead teens to drive with multiple peer passengers and, then, how those passengers may affect their driver’s behavior just before a serious crash. The studies appear in the Journal of Adolescent Health.

The first study surveyed 198 teen drivers. It found teens who are most likely to drive with multiple passengers shared these characteristics:

Fortunately, the researchers found these teens to be in the minority.

The second study analyzed a nationally representative sample of 677 teen drivers involved in serious crashes to compare the likelihood of driver distraction and risk-taking behaviors just before the crash when teens drive with peer passengers and when they drive alone.

The study authors say it’s therefore best to keep the number of passengers to a minimum for a teen driver’s first year behind the wheel. They also emphasize the important role parents play in supporting safe driving. They recommend parents set a house rule of no non-sibling teen passengers for the first six months of driving and only one non-sibling passenger for the second six months.

“It’s critical that parents stay involved in their teens’ driving beyond the learner permit phase. This includes continuing to monitor their driving activities and to review ways teens can be safe drivers and passengers,” says Chris Mullen, research director at State Farm. “Combined with Graduated Driver Licensing laws that limit passengers for the first year of driving, involved parents are an effective strategy to protect teens from a dangerous and preventable crash risk—driving with their friends.”

Carol Lippert Gray is the editor for Raising Teens.