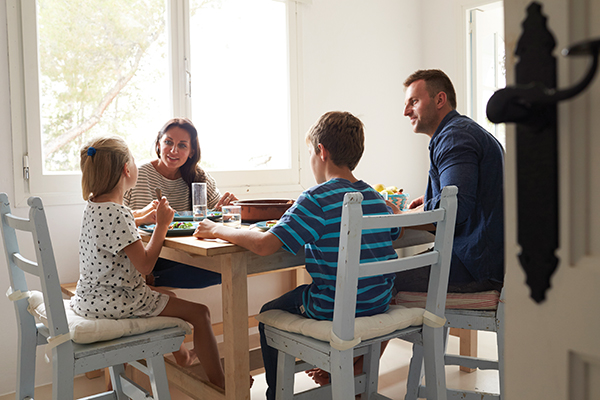 We may not have realized it then, but the 2012 presidential campaign seems like it was the most blissful of times. Racism and anger existed, of course, but many of us thought things were getting better. Fast forward to the 2016 election and the year that followed, which unleashed a seemingly endless flood of simmering rage from all sides of the political spectrum. No matter where you stand, one thing’s for sure—respect and courtesy have gone out the window.

When it comes to politics, most of us agree the country is more polarized than ever. No one is talking; everyone is yelling. Lines have been stubbornly drawn. What’s going on? “Children are in desperate need of answers, but the adults are too busy arguing to pay any attention,” says character educator and parenting expert Jill Rigby Garner, author of Raising Respectful Children in a Disrespectful World. So they do the next best thing: Copy what they see. How do we stop, catch our breath and place emphasis on civility in such divisive times? Here’s what the experts recommend:

Kids are feeling pretty good about themselves these days—maybe too good. “It’s the esteeming of ourselves rather than the esteeming of others that’s caused the deterioration of civility in our society,” claims Garner. “When we stop thinking about what’s best for all and focus on what’s best for me, we [become] individuals with different aspirations rather than a cohesive group of citizens.” Society has coarsened for lots of reasons, but focusing on me instead of we doesn’t help the greater good. “We lose our self-respect when we don’t give respect,” says Garner. So nurture politeness and inclusion and don’t tolerate name calling, insults or condescension.

You’re on edge—so your kids are, too. “If your child sees that you’re anxious and fearful, they’ll be even more so,” says Montclair-based psychologist Amie Wolf-Mehlman, PhD. “After all, if they think you’re unable to calm your [own] fears, how can you help them?” To soothe children’s stress, get a handle on your own angst (bubble baths, a massage, whatever works). At the least, keep your frayed nerves under wraps around your kids.

You’d never let your kids watch Game of Thrones, but cable news? Without the blood and gore it seems harmless, but it’s important to limit the amount of time you have the news on. “Because they’ll have difficulty knowing what to do with all the information, their imaginations take over and fill in the gaps, usually with more fearful images,” says Wolf- Mehlman. And fear can sometimes lead to boorish behavior. So keep information simple and limited for young kids, and help older children parse out the details while offering reassurance (‘I know this can seem scary; let’s talk about it together’).

Remember that kids don’t get their news from Dateline— their scoops come from YouTube, social media, their friends and various websites where information isn’t necessarily vetted. So it’s important to not just monitor where their news is coming from, but discuss what’s in their feed and challenge inaccuracies and biases.

Our own eyes can blind us, while perceiving situations from different sides allows us to see beyond our bias. “Trying to see the other person’s perspective will help us feel less threatened or angry with them,” says Wolf- Mehlman.

Strengthen your kids’ empathetic muscles by having them pretend to be the other person (including what they think that person believes), and answer questions such as, ‘Why would they think that?’ and ‘How can I understand them even though I think they’re wrong?’ suggests Wolf-Mehlman. Talk to your child about body language and using perspective-taking to figure out if someone’s words match their movements (‘Would someone happy cross their arms?’). Or read stories about people from different cultures or countries and discuss how different—and alike—their lives are. It’s harder to be uncivil when you’re taught to view things from all sides.

“The most valuable thing we can teach our children is the importance of compassion,” says Wolf-Mehlman. “And the best way to teach  them is to model compassionate behavior, and give examples of (and show admiration for) people who behave compassionately. Let  them see you giving people the benefit of the doubt, caring about how other people think and feel and practicing small acts of kindness every day.” Speaking of modeling, all civility suggestions will fail miserably if you don’t walk the walk, too.

Given the muddled nature of news, the truth has become tricky for adults to discern, let alone kids. Still, it’s important for kids to understand that opinions must be based in fact, not emotion. Kids need to develop critical thinking skills, as well as open-mindedness to the opinions of others— especially when there’s disagreement. How? “Teach children to hold off on making judgments about the opinions others have, and instead try listening carefully, taking time to think, asking people they respect to help them understand and considering all sides before taking a stance on a subject,” says Wolf-Mehlman.

For many, the antidote to fear is safety in a crowd. The opposite of following the crowd is standing up to it. “Parents need to instill the belief in children that to be different is to be a leader. Every great turn in our society began with one person willing to think differently and act differently,” says Garner. It’s a hard lesson for kids who want to fit in, but it’s important that they feel obligated to diffuse a situation instead of fuel it.

Show your kids how to speak to power via some impactful books and movies. Read: I am Malala by Malala Yousafzai, Wonder by R.J. Palacio, The Absolutely True Diary of a Part-Time Indian by Sherman Alexie and The Recess Queen by Alexis O’Neill. See: Simon Birch, The Karate Kid, Akeelah and the Bee, Bad News Bears, any Harry Potter film, Back to the Future, Goonies and Roald Dahl’s The Witches.

FOCUS ON YOUR FAMILY

A strong family unit also nurtures civility (along with every other good thing). “Getting back to basics by sitting around the dinner table and allowing everyone to share the happenings of their day allows children to learn how to negotiate without anger, listen while others talk and argue their point in a respectful way,” says Garner. “No matter how out of control our world becomes, parents and families are still and always will be the first and best lines of defense.”

Jennifer Kantor is a parenting writer who lives in Maplewood with her husband and two kids.