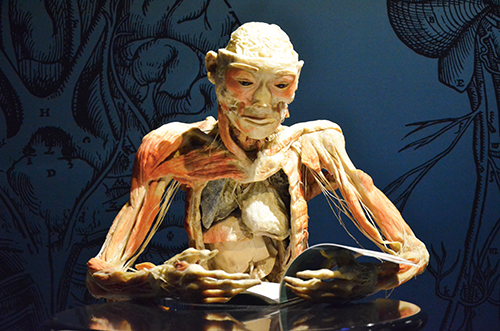 Got a mini-scientist at home? This Hudson County mainstay will open her eyes to all things science—from a walkable indoor skyscraper (if she’s not scared of heights) to tons of hands-on exhibits.

If you’ve got kids younger than five, check out the maze suspended in mid-air or the giant light wall in the “I Explore” area, along with a rice table and ball machine. And don’t miss the “Wonder Why” section, which boasts a giant bubble maker, a rock-climbing wall and a beach ball blower, which are sure to make the kiddos ooh and aah.

Older kids will love the “Bodies Revealed” exhibit (running until January 17) which offers a hands-on lesson in human anatomy by allowing visitors to examine preserved human bodies donated for scientific research. We’re talking everything from the nervous and reproductive systems to what diseased organs look like. Keep in mind: there’s a neonatal section, so pay attention to the signs if you’re not ready to explain that part of the exhibit to the kids. 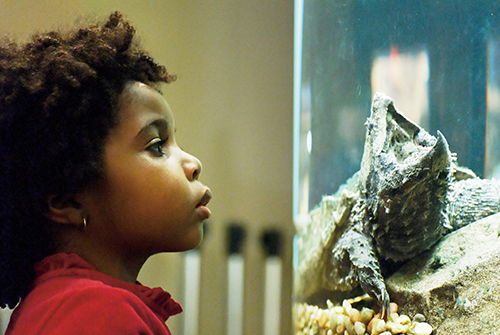 “Eat or Be Eaten” the mini-zoo here, is filled with wildlife, including the endangered (and super cute) cotton-top tamarin. “Our Hudson Home” is another exhibit dedicated to the Hudson River. Your little naturalist (two and up) gets one-on-one action at the touch tank and aquariums chock-full of NJ marine life, including trout and turtles. Kids can also get a bird’s eye view of the marine life at the Harbor Tank, where they get to move water and sediment along a 20-foot-long model of the Hudson River using a virtual crane. 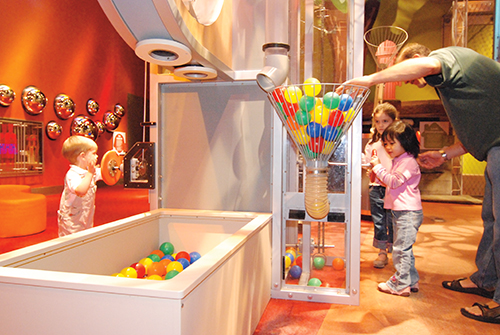 Kids 42 inches or taller will love the Infinity Climber, a multi-story jungle gym that hangs 35 feet in the air. Your tech-loving kid (two and up) can geek out at “Pixelpalooza: The Game,” where she’ll race the clock to clear her reflection from a digital screen by running and jumping. And don’t miss the hands-on “Nano Mini-Exhibition” which gives kids a short intro to engineering basics.

The most unique part of LSC is the awe-inspiring dome (you can see it from the highway). Buy a ticket for an extra few bucks and catch a science-themed flick projected on the dome’s wall and ceiling (it’s a whopping 88 feet in diameter!).