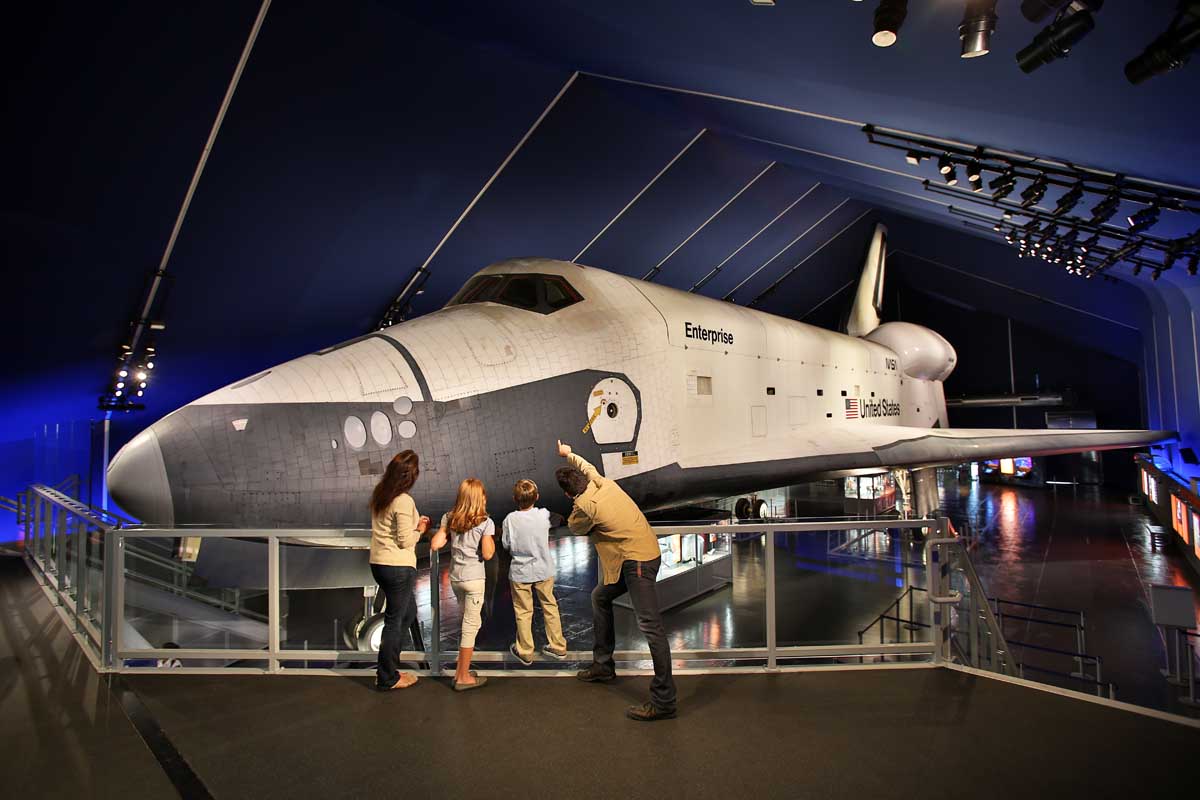 Enter our giveaway and a chance to win tickets for you and your family.

If you’ve got a drone-obsessed kid, there’s an awesome new reason to visit the Intrepid in New York City. The legendary aircraft carrier on the West side of Manhattan in the Hudson River just debuted the country’s first major exhibit dedicated to pilotless aircrafts. Drones: Is the Sky the Limit? explores the history of these crafts from their military use during World War I (who knew drones have been around for so long?) to modern aircrafts used by businesses and humanitarian groups.

The exhibit, open through December 3, showcases drones like the DASH, which just completed 43 years of continuous military service. The kiddos will love catching a glimpse of the “flying dress” drone designed by Lady Gaga for her 2013 album release. A whimsical Cirque du Soleil drone that played the role of a flying, dancing lampshade in the short film Sparked is also on display. 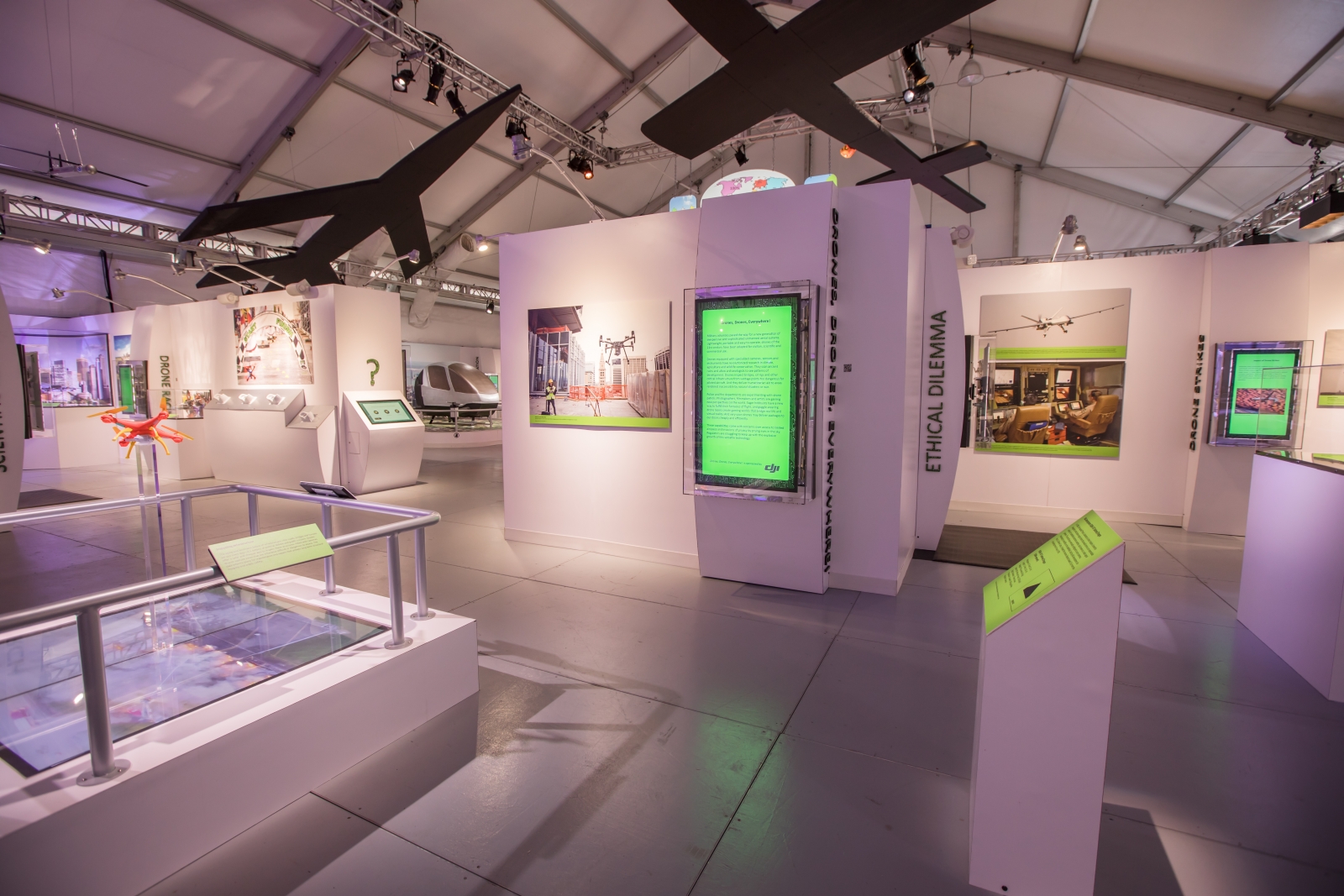 You’ve probably read about Amazon’s plans to one day deliver packages to your door using—yup, you guessed it—drones. If and when that day comes, you can reminisce with the kids about the Amazon Prime Air drone (currently in development) you all saw at the Intrepid. The kids will learn how consumer drones are used for aerial photography and racing, and they’ll find out how drones save lives. The Zipline drone, for example, delivers medicine to Rwanda and other remote locations around the world. It travels 62 miles per hour and drops vital supplies by parachute.

While you’re at the museum, make sure to carve out at least a couple of hours (or as long as the kids last) to take in the many other attractions. Your little astronauts will be blown away by the Space Shuttle Pavilion located on the aircraft carrier’s flight deck, where they’ll get a close-up look at the Enterprise, a real-life retired NASA space shuttle. 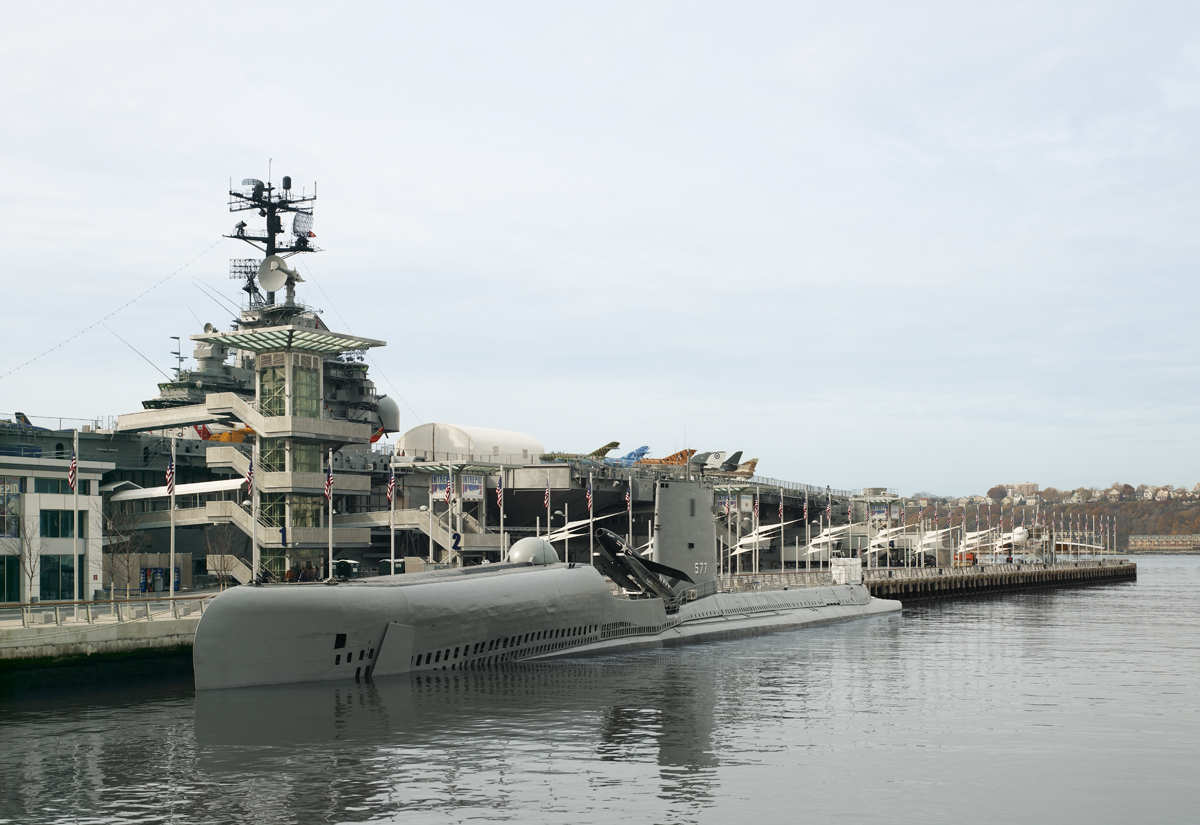 A walk (or crawl) through the former USS Growler is another can’t-miss experience. The submarine, which carried and launched nuclear missiles during the Cold War, was in commission for just six years. The kids will get a chance to walk through every corner from its radio room and crew’s sleeping quarters to its maneuvering and torpedo rooms. Children must be taller than 40 inches to enter and lines may close early, so plan a tour at the beginning of your visit.

Your trip won’t be complete without some quality time in the museum’s Exploreum, an awesome interactive space in the hangar deck. Kids get to climb aboard a Bell 47 helicopter, steer the wings of an airplane, explore a 40-foot submarine and lie down on a bunk as if it’s their bed for six months at sea.

If your kid can’t get enough of the hangar deck, look into Operation Slumber, which allows families to spend the night on the aircraft carrier. They’ll get unlimited rides on the Intrepid’s new 4-D flight simulator, access to planetarium shows and much more. Of course, all museums have gift shops, but be warned: You can’t leave the Intrepid without exiting through theirs. So be prepared for a barrage of requests from the kids.

Good to Know: Bank of America and Merrill Lynch cardholders get free admission to the museum the first full weekend of every month as part of the program Museums on Us. General admission includes access to the Space Shuttle Pavilion, submarine Growler and all temporary exhibits.