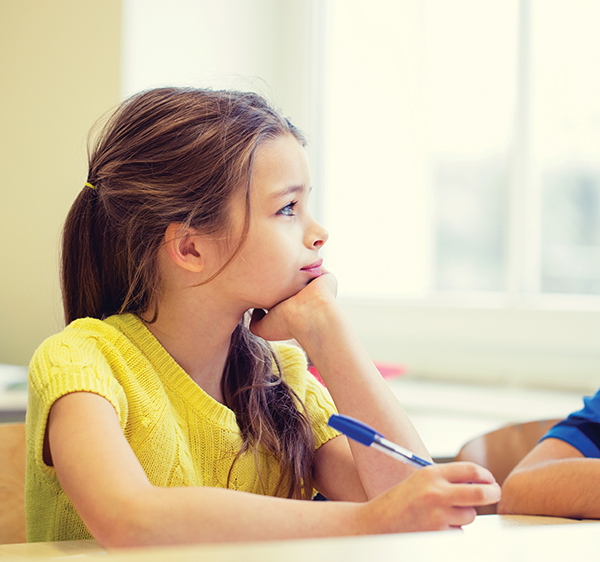 Your kid’s teacher consistently says she has trouble staying on task. When you sit down to read with your son, his mind always seems to wander. Maybe she needs a nudge, or maybe these are signs of ADHD.

Attention-deficit/hyperactivity disorder (ADHD) is a common behavior disorder that affects about five to 11 percent of school-aged children across the country, according to the Centers for Disease Control (CD C). How can parents spot symptoms of ADHD and what steps should they take to get help?

Debra E. Koss, MD, clinical assistant professor of psychiatry at Rutgers-Robert Wood Johnson Medical School at Rutgers University in New Brunswick, says ADHD can be divided into two subtypes based on symptoms. “A child with inattentive sub-type daydreams, doesn’t pay attention and is easily off task,” she says. A kid with “the hyperactive and impulsive sub-type is fidgety, restless and has impulse control issues.” Most children have a combination of the two, she adds.

Certain things might make kids more at-risk than others. Boys, for example, are twice as likely to be diagnosed with ADHD as girls. “Boys are more likely to have the hyperactivity/impulsivity component, which may be one reason ADHD is more often diagnosed in boys than girls,” explains Koss. And according to the Mayo Clinic, kids who were born prematurely or who have a sibling with

ADHD are also more likely to get it themselves.

Parents and teachers may suspect he has ADHD if he’s having trouble in school or struggling to build relationships with peers. “It’s important for parents and teachers to work together and recognize that if he’s not meeting certain behavioral or academic milestones, there might be an underlying issue,” says Koss. “Sometimes a child can be categorized as lazy when they’re not getting good grades…but it may be they have undiagnosed attention issues.”

Think your kid might be struggling with ADHD? Koss suggests looking for a combination of these symptoms before seeing a medical professional for an evaluation: trouble paying attention, inattention to detail, calling out in class or fidgeting, disorganization and easily becoming frustrated or impatient. “Students with symptoms of hyperactive or impulsivity tend to get diagnosed earlier because they’re more disruptive in class and the symptoms are easier to recognize,” says Koss. “Students who primarily have symptoms of inattention are often overlooked.”

Another sign he might need to see a specialist? Poor grades. If the symptoms point to a possible ADHD diagnosis, you’ll need to schedule a medical consultation with a pediatrician or adolescent psychologist.

Diagnosing ADHD isn’t straightforward. “There are actually a number of psychiatric conditions that can also cause attention and behavior difficulties,” says Merritt Hubsher, MD, the medical director of the ADHD, Mood and Behavior Center of New Jersey in Cedar Knolls. “These include depression, anxiety, disruptive mood dysregulation disorders, bipolar disorder and OCD (obsessive compulsive disorder). Other medical conditions can also mimic symptoms of ADHD, like thyroid disorders and Lyme disease,” says Hubsher.

Another challenge: your kid might not be showing symptoms all the time, especially outside the classroom. “It’s important to remember that kids with ADHD have a much easier time focusing on things they enjoy,” says Hubsher. Their inattention is generally reserved for “tasks or topics experienced as dull, boring or tedious,” he explains. “It’s for this reason kids with ADHD are able to play Xbox or Minecraft for hours, yet can’t sit down to do homework or study for a test for more than a few minutes, if at all.”

What should you do after an ADHD diagnosis? Stimulant medication is the number one treatment. Physicians work with patients and their parents to determine which medication to use. Once they’ve agreed on a prescription, they normally begin treatment with the lowest dosage and increase it until they figure out what works best.

Though medication alone is the most common treatment in the US, behavior intervention and therapy combined with medication has also proven effective. “Parent-coaching as well as social skills therapy can help children with ADHD to build social skills and reinforce pro-social behaviors,” explains Koss.

Make sure to talk with your child’s teacher about how you can work together to set her up for success. “Many students with ADHD can also have other learning issues,” says Koss. “Things like sitting in the front of the classroom or having extended time to take tests may be needed for the student to be successful.”

It’s possible for kids to outgrow ADHD once they reach their teenage years. But they need to be re-assessed by a medical professional before going off their medication completely. “Teen years can be associated with an increase in risk-taking behavior,” advises Koss. “A teen who has ADHD but isn’t medicated can be at an increased risk for a motor vehicle accident, substance abuse or failure in school.”

Parents may be apprehensive about putting their kid on medication, or they might only want them to use medication during school. But Koss cautions parents against taking kids with ADHD off medication in the summer.  She also notes that it’ll likely take some trial and error to find the right meds and dosage to minimize side effects and maximize benefits.

“Medication reduces ADHD symptoms in all settings, not just the classroom,” she says. Being able to stay focused allows children to learn and grow in all areas of their life so they don’t fall behind developmentally.”

Randi Mazzella is a parenting writer.  She lives in NJ with her husband and three children.