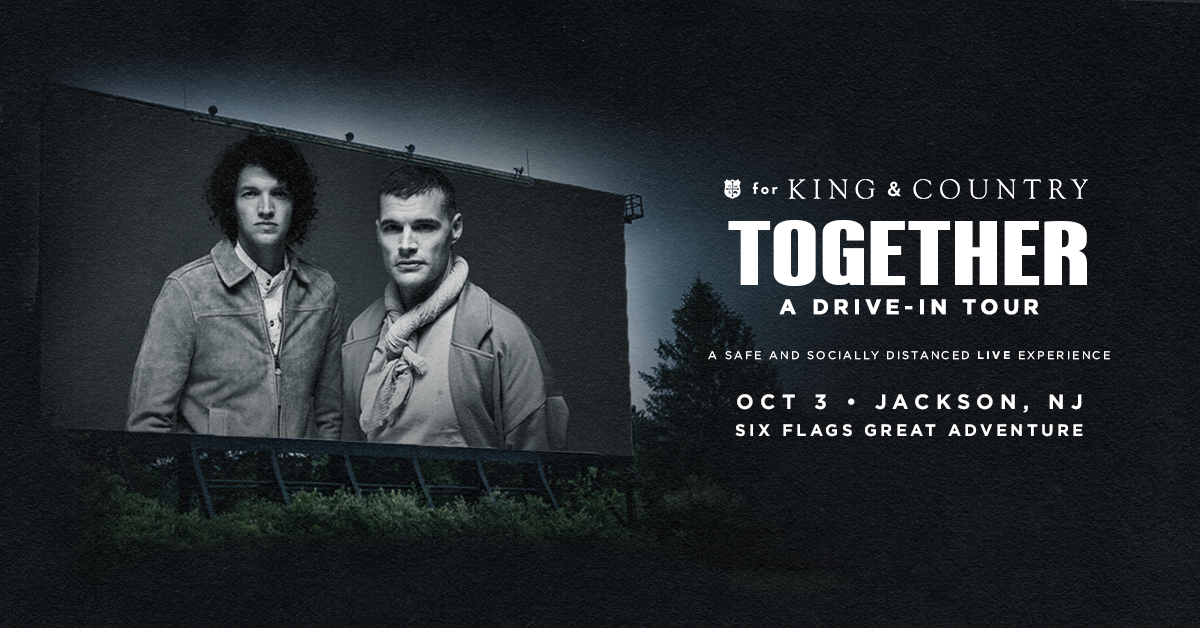 King & Country is a four-time Grammy award-winning Australian duo comprised of brothers Joel and Luke Smallbone. In 2019, King & Country collaborated with Dolly Parton to release a new version of the duo’s 11-week #1 hit “God Only Knows”. In 2020, the track won a Grammy in the Contemporary Christian Music Performance/Song category. They’ve also had songs featured on the Emmy’s, Super Bowl, Sunday Night Football and have performed on The Tonight Show, Today Show, Jimmy Kimmel Live!, The View and more.

“It’ll be a good, old-fashioned evening unlike anything we’ve done before… a night of music and stories, as well as playing together live alongside many of your favorites like God Only Knows, Joy, Burn the Ships and more,” says Joel Smallbone. “So, load up the car, reserve your parking spot, and we’ll look forward to celebrating together soon.”

Concert-goers will park their vehicle in an oversized parking space which will allow for social distancing. All guests must remain in their vehicle during the concert. Tickets start at $125 per car with 4 passengers. Additional passengers can be added for $25. Tickets are on sale at  PlatformTickets.com.

This is the second “drive-in” attraction at Six Flags. The theme park’s Wild Safari Drive-Thru Adventure allows you to see some of its 1,200 animals, including giraffes, rhinos, elephants and more, all from the comfort of your car. Six Flags also recently announced that its wildly popular annual Fright Fest which included plenty of indoor haunts is being reimagined as a new experience called Hallowfest. Read more about the new experience and how to get tickets here.