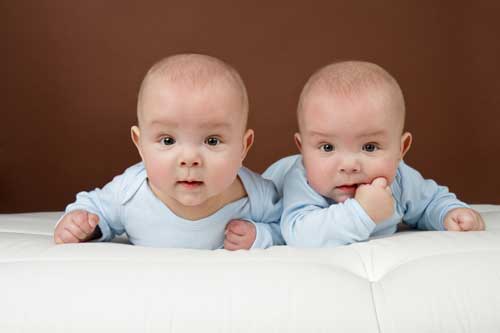 Women having children at older ages and the growing availability of fertility treatments have led to a marked increase in the birth of twins: In 2009, one in every 30 babies born in the United States was a twin compared with one in every 53 in 1980.

The findings, presented by Michigan State University’s Barbara Luke this week at the 14th Congress of the International Society of Twin Studies in Florence, Italy, have important health implications, including greater morbidity and mortality risks and higher health care costs.

“Prior to 1980, the incidence of U.S. twin births was stable at about 2 percent of all births, but it has risen dramatically in the past three decades,” Luke says, noting twin births increased for women of all ages, with the largest increases among women aged 30 and older. “Older maternal age accounts for about one-third of the rise, and two-thirds is due to the increased use of fertility treatments.”

Those fertility-enhancing therapies include both assisted reproductive technologies and ovulation stimulation medications. About 12 percent of U.S. women have had fertility therapies.

The 14th Congress of the International Society of Twin Studies is held from April 1-4 in Florence, Italy. The conference brings together experts from across the world to study multiple pregnancies and better understand how they affect health.