Inspiring Our Daughters to Raise Their Hands

Who’s Really Going Back to School Next Month?

The Live-Action Version of Mulan Is Coming to Disney Plus 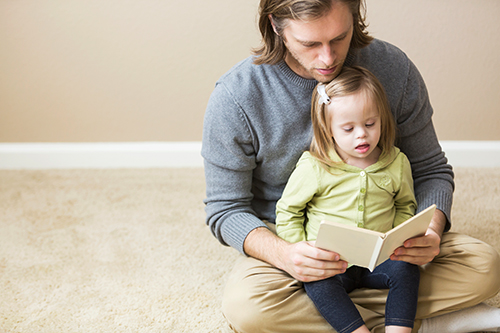 Shelley* speaks softly about her realization that her “perfect” little boy wasn’t perfect. Stevie,* didn’t walk until he was 21 months old, and didn’t talk until he was three-and-a-half. His hours-long tantrums overwhelmed her.

“He’d hit himself on his head, scream and hit the floor. I tried everything—distraction, baths, feeding. My anxiety level was so high. I didn’t know what I could do to help my son,” says the Burlington County mom and nurse. “I’d call my mom and cry. Then I’d call my husband Alan* and cry.”

The stress took its toll on their eight-year marriage. “When Alan would come home, I’d pass Stevie off, and just drive and go where I didn’t have to listen,” Shelley says.

With doctors giving Shelley conflicting information, and Alan in denial about their son’s disabilities, she admits she became resentful. “I felt like a huge failure as a mom,” she says. “That’s when Alan and I started to drift apart.  He could sympathize, but not empathize because he wasn’t there when it was happening. I felt alone.”

Months later, doctors at Children’s Hospital of Philadelphia delivered the news: their son had a form of muscular dystrophy (a group of disorders that cause progressive weakness and loss of muscle mass) and high-functioning autism.

While such a diagnosis is stressful on a family, it doesn’t mean your marriage will unravel. You may have read that parents with special needs children have a divorce rate as high as 80 percent. But Laura E. Marshak, PsyD, coauthor of Married with Special-Needs Children: A Couples Guide to Keeping Connected, says that’s an urban legend. “It’s not substantiated in research, though it’s commonly cited as fact,” says Marshak,  a licensed psychologist and professor in the department of counseling education at Indiana University of  Pennsylvania.

“The reality is that a childhood disability does impact a marriage and does result in increased pressure,” she says. “However, this isn’t always negative. Many couples find ways to cope well together and form a strong team.”

When your child has a disability,  you’ll undoubtedly face extra stresses like less free time and more financial burdens (especially if your insurance doesn’t cover all services). In Shelley and Alan’s case, they worked opposing hours, so one of them was always home with their son. They faced out-of-pocket expenses for speech therapy, and worried about what was still to come. On top of that, their communication was weak—and intimacy was rare.

“Sometimes we feel like we’re on a conveyor belt of life,” says Suzanne Buchanan, PsyD, executive director of Autism New Jersey and a board certified behavior analyst. “Step off it and see your partner as someone you want to spend time with instead of being at odds with one another.”

It’s important to not let your child’s needs detrimentally impact your relationship. The stronger your marriage is, the better you’ll work together. “Remember that even though you’re a family, you still have to think of each other as spouses,” says Mandi Silverman, PsyD, a clinical and school psychologist in the ADHD and Behavior Disorders Center at the Child Mind Institute in New York City.

Feel like your bond is strained? Here are some expert-recommended strategies to reconnect with your mate:

Find alone time. As challenging as it may be to schedule, date night can improve your marital communication and connection.  Even if you can’t hire a sitter, Silverman says dates at home can also be helpful. “Date night begins when the kids are in bed,” she says. “Watch a movie or slow dance in the living room to music.” During your date, don’t talk about the kids. It will help you remember who you fell in love with. “Sometimes we focus on other things, as opposed to respecting and enjoying our partner,” says Buchanan. “Remember that there’s a relationship there.”

Check in with each another. Buchanan suggests spending at least a few minutes a day speaking with your partner about what’s happening on a practical level in your life. “Talk about appointments coming up, how much food’s in the house, all the logistics of everyday life,” she says. Have that conversation kindly and calmly.

Take care of yourself. To be happy together, you need two happy individuals. One way to get there is to make sure you both get some self-care. One parent takes over while the other naps, gets a manicure, hits balls at the driving range or runs a kid-free errand. “You take turns being ‘on’,” says Silverman. Taking care of yourself can help ensure that you don’t experience burnout. “Self-care becomes critical to maintaining our own balance,” says Buchanan.  When you’re exhausted, you’re more likely to react—as opposed to respond—and say something you’ll regret.

Give credit when it’s due. Say thank you when your spouse deserves it. Did he take your son to the doctor? Did he let you sleep in? Acknowledge his efforts by showing your appreciation.

Avoid resentment. It’s common for the primary caregiver to resent always being with the child. To give a reprieve, the secondary caregiver might take over one aspect of care, like handling a weekly physical therapy appointment, says Silverman. Another option is to have the other parent get more involved by joining doctor’s appointments on speakerphone or FaceTime.

Don’t do it alone. Share responsibilities and work together as a team. No one person has to do everything himself—that’ll only cause resentment.

Laugh together. No one else giggles at your inside jokes like your other half. So find the humor whenever you can. It will remind you why you fell in love in the first place.

If these suggestions aren’t working, consider professional help. Your family doctor or member of your child’s care team can recommend someone who can steer your marriage back on track.

Shelley and Alan found it hard to schedule a date night outside of the house because they felt uncomfortable calling neighborhood teens to babysit. Still, Shelley says the marital rift wasn’t Stevie’s fault. “I don’t want to blame him. Alan is a fantastic father. It was how we handled ourselves,” she says.

But they’re trying to restore their marriage. They’ve moved to be closer to family and are talking each night. And they’ve gone to their first movie together in years.

Stacey Feintuch is a seasoned print and digital writer and editor with extensive experience and two journalism degrees. She has worked at various print and digital properties focusing on health and parenting topics.

Camp in a Box: “Wonderfully Weird”

Storytime for Kids 5 and up!