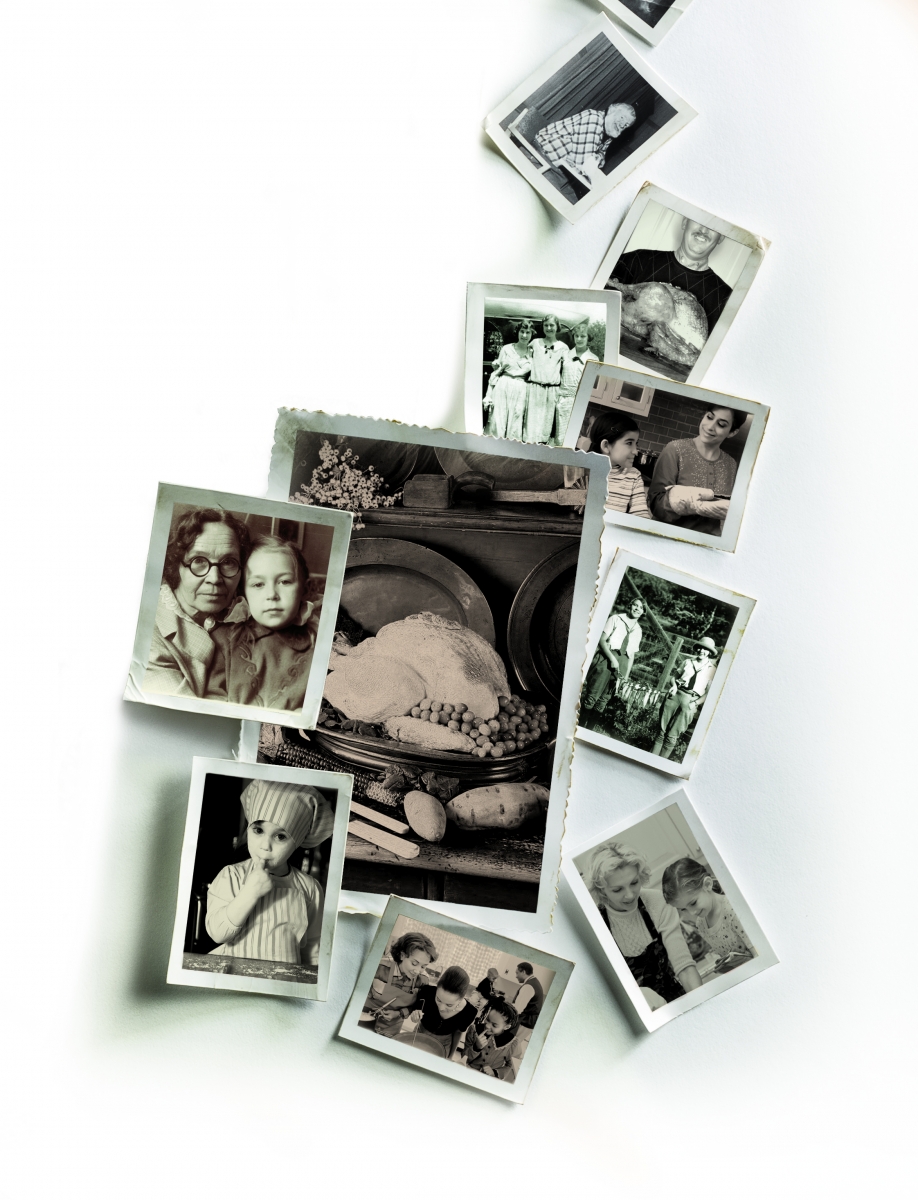 When I was little, I sat on the living room floor of my grandmother’s house in front of her brother, my great uncle Patrick Clarke. Uncle Pat and his wife, Aunt Mary, were sparkling creatures, filled with wit and laughter, and a whole lot of great stories. I sat rapt with attention as Uncle Pat told me about his days in the Coast Guard and how his dad came to Queens from Ireland. And Aunt Mary told me how they fell in love…

Does the fact that I had these interactions and know these stories play into who I am today? Most certainly, says researcher Marshall Duke, award-winning professor of psychology and core faculty member of the Emory Center for Myth and Ritual in American Life (MARIAL). Duke’s primary interest is studying resilience in children, specifically what makes some kids more resilient than others.

“Resilience is the ability to weather the inevitable storms of life, and to come out all right,” says Duke. And his most recent research involves studying whether storytelling among family members strengthens familial bonds; ultimately making kids more resilient in the long run.

“Resilience is the buzz word of the moment,” says social researcher and public speaker Michael McQueen, author of The ‘New’ Rules of Engagement: A Guide to Understanding & Connecting With Generation Y. “In education and child-development sectors, it is all the rage,” he continues. “We are planning conferences, writing papers, and commissioning studies to look at what ever happened to the resilience in young people? Where did it go? Why has it gone? And how can we instill it in the generations we raise, teach, and lead?”

Indeed, looking at the trajectory of the word’s use in published works (books.google.com/ngrams), one can see that the term’s usage remained somewhat flat from 1880 through the early 20th century. In the 1920s its use began to steadily increase. Then from the 1980s onward, the term has enjoyed a sharp increase.

Dr. Michael Ungar is the codirector of The Resilience Research Center (RRC, resilienceproject.org), which brings together leaders in the field of resilience research from different disciplines and cultural backgrounds to the study of how children, youth, and families cope with many different kinds of adversity. Ungar, who blogs on the topic of resilience for Psychology Today, suggests that resilience is better understood as follows: “In the context of exposure to significant adversity, resilience is both the capacity of individuals to navigate their way to the psychological, social, cultural, and physical resources that sustain their well-being…”

In simpler terms, raising resilient kids means doing what we can to equip them with the inherent sense of internal strength and character in the face of everything from bullying and feelings of isolation to more traumatic stresses such as the death of a parent or loved one.

How do we as parents do this? How can we begin to teach this lesson?

Along with psychology professor Robyn Fivush, also a core faculty member of MARIAL, Duke is studying the impact of how advancing a family narrative—making a point of telling stories to your children of your family’s shared history—creates stronger kids. And their research is demonstrating that this is indeed a key factor. Duke says, “There are heroes in these stories, there are people who faced the worse and made it through. And this sense of continuity and relatedness to heroes seems to serve the purpose in kids of making them more resilient.”

Duke continues, “Ordinary families can be special because they each have a history no other family has…They all have Uncle So and So, they all have Aunt So and So. They all have a brother who went off and did this adventure, and everyone has a story that no one else has. So if you know that, it makes you special. It’s a fingerprint.”

New York Times family columnist Bruce Feiler referenced this sentiment, and Duke’s research, in an article published earlier this year, adapted from his book, The Secrets of Happy Families: How to Improve Your Morning, Rethink Family Dinner, Fight Smart, Go Out and Play, and Much More. In the March piece, “The Stories That Bind Us,” Feiler asked, “What is the secret sauce that holds a family together? What are the ingredients that make some families effective, resilient, happy?”

To answer this question, Feiler says, he “spent the last few years meeting families, scholars, and experts ranging from peace negotiators to online game designers to Warren Buffett’s bankers. After a while, a surprising theme emerged: The single most important thing you can do for your family may be the simplest of all: develop a strong family narrative.”

To learn more about Duke’s theories, Feiler met him at his home in surburban Atlanta, where Duke recounted the beginnings of his research. Duke recalled that his wife, Sara, a psychologist who works with children with learning disabilities, had noticed something about her students. “The ones who know a lot about their families tend to do better when they face challenges,” she’d said.

So Duke and his research partner Fivush created a questionnaire to test this hypothesis. “They developed a measure called the ‘Do You Know?’ scale that asked children to answer 20 questions,” explains Feiler. Questions range from “Do you know where your parents met?” to “Do you know an illness or something really terrible that happened in your family?”

According to Feiler, “Dr. Duke and Dr. Fivush asked those questions of four dozen families in the summer of 2001, and taped several of their dinner-table conversations. They then compared the children’s results to a battery of psychological tests the children had taken, and reached an overwhelming conclusion.”

“The more children knew about their family’s history, the stronger their sense of control over their lives, the higher their self-esteem, and the more successfully they believed their families functioned. The ‘Do You Know?’ scale turned out to be the best single predictor of children’s emotional health and happiness.”

Astonishing, right? Feiler quotes Duke in saying, “We were blown away.”

What’s more — Two months after this research was 9/11. Duke and Fivush “knew they had been given a rare opportunity: though the families they studied had not been directly affected by the events, all the children had experienced the same national trauma at the same time. The researchers went back and reassessed the children,” Feiler says. “‘Once again,’ Dr. Duke said, ‘the ones who knew more about their families proved to be more resilient, meaning they could moderate the effects of stress.’” Even those from an unrelated terrorist attack.

Really? Yes, according to Feiler. “Dr. Duke said that children who have the most self-confidence have what he and Dr. Fivush call a strong ‘intergenerational self.’ They know they belong to something bigger than themselves.

“Leaders in other fields have found similar results. Many groups use what sociologists call sense-making, the building of a narrative that explains what the group is about.”

There is no better time than now to introduce our thinking on this concept with you. Use the holiday season as an opportunity to really focus in on sharing that family narrative, on making it a point to discuss with your kids. And don’t underestimate the value of introducing a quirky tradition, if you don’t have one already.

Says Feiler, “Any number of occasions work to convey this sense of history: holidays, vacations, big family get-togethers, even a ride to the mall.” And, quoting Duke, he says, “The hokier the family’s tradition, the more likely it is to be passed down.” According to Feiler, Duke “mentioned his family’s custom of hiding frozen turkeys and canned pumpkin in the bushes during Thanksgiving so grandchildren would have to ‘hunt for their supper,’ like the Pilgrims.”

So, parents: If you don’t already have a family narrative, start asking your elders, and sharing stories with your own children. And, while you’re at it, come up with your own unique holiday tradition(s). Clearly, the research shows that your children will reap the benefits for years to come.

According to Dr. Jodie McViddie, the executive director and cofounder of Sound Discipline, a nonprofit dedicated to ‘teaching people to do the right thing, even when no one is looking,’ “We know now that the stories about ourselves and the stories we know about our family make a big difference. Our sense of connection to our inter-generational family helps us moderate the impact of stress in our everyday lives. And that sense of connection creates resilience.”

Tell your kids stories—good and bad; it doesn’t matter what they are—just that your kids have them. Stories of hardships overcome and how Aunt Ida had an unusual predilection for, oh, beets.

We look forward to exploring this concept with you, and what ingredients we can use to foster an ability to bounce back.