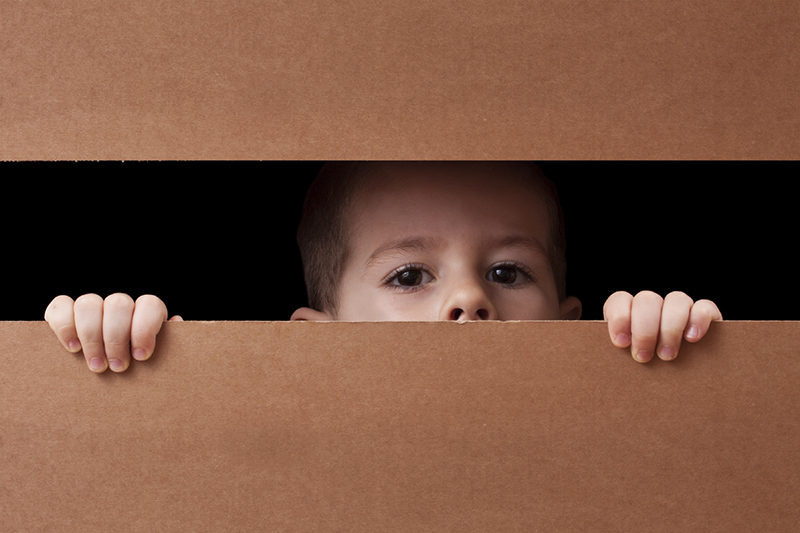 Joanna’s son, Daniel, was noticeably shy. A bright, inquisitive five-year-old who loved to read, he almost always chose to spend time with his parents rather than other kids. Though he was pretty comfortable with a neighborhood boy who came over once in a while, when that child asked Daniel to play at his house, Daniel always found an excuse not to go. Joanna wondered—was this behavior normal shyness or something else?

“Shyness is a problem only when the child thinks it’s a problem,” says NJ native Jerome Kagan, PhD, a Harvard University professor of psychology and nationally recognized expert on temperamental shyness in children and adolescents. Especially since most kids exhibit normal shy behavior from time to time, usually prompted by stressful situations such as speaking in front of a group, performing or meeting new people. It’s when the shyness is long-term and “it interferes with the child’s schoolwork and ability to make friends” that experts agree it can be a cause for concern. It’s all a matter of degree.

It’s also innately hard to quantify. “Ninety percent of the evidence comes from parental reports, which aren’t very reliable,” Kagan says. “There is very little evidence based on real observation.”

How to Identify a Shy Kid

Most children act shy on occasion, but a kid who’s inordinately timid will exhibit such behavior regularly for an extended period of time, according to Matthew Goldfine, PhD, a clinical child psychologist with practices in Cresskill and Manhattan and a former senior clinician at the Columbia University Clinic for Anxiety and Related Disorders. “They never seem to warm up to other children or adults,” he explains.

A kid’s teacher, he points out, is often a parent’s best ally when it comes to identifying extreme cases. “An observant teacher will report back to you if your child is avoiding certain situations on a regular basis, like refusing to sit with other children at lunch or play with them at recess,” he says. “Teachers have access to the best kind of comparison group—the classroom.”

As a child matures, she gets better at verbalizing why certain situations make her feel uncomfortable, says Goldfine. “At six, a child’s own reaction to his shyness will likely be, ‘I don’t know why, I just don’t want to do it.’ At 13, however, he’s able to articulate his reasons, such as ‘I don’t want the other kids to make fun of me.’”

Once he’s able to communicate what makes him shy, parents can address the issue and work towards a solution, according to Goldfine.

When to Seek Help

Children who are so shy and fearful of other people that it escalates to the level of social anxiety should be evaluated by a therapist, as they are prone to other issues like depression and drug abuse in adolescence, according to the Anxiety and Depression Association of America (ADAA).  In younger children, social anxiety can manifest as selective mutism, where the child is afraid to speak in front of others outside of her immediate family. Older kids may withdraw from activities such as sports and social events, or refuse to go to school altogether.

Bernardo J. Carducci, the director of the Shyness Research Institute at Indiana University Southeast and author of The Shyness Breakthrough: A No-Stress Plan to Help Your Shy Child Warm Up, Open Up, and Join the Fun, says that approximately 15 to 20 percent of kids suffer from acute shyness, also known as “extreme inhibition,” from infancy through childhood. In these cases, experts point to the effectiveness of cognitive behavioral therapy, which aims to discover the source of their apprehension and teach children coping skills for when they encounter situations that make them anxious.

“The more we do things that make us uncomfortable,” says Goldfine, “the less scary they become, whether it’s taking an elevator, meeting new people or speaking in front of a group.”

When a child is taught how to manage her feelings, he says, she learns to think in a more reasonable and rational way and figures out how to calm herself down. Group therapy is another great way to address shyness, as children can role-play in ways that will ultimately make them more comfortable in social settings, such as being at a party, he says.

The good news is that most children are able to conquer their shyness as they mature, according to Kagan. “More than two-thirds of five- and six-year-olds who had temperamental shyness were not shy at 18,” he explains. “They still felt tension in certain situations, but they learned to overcome their shy behavior.”

Try This with Your Shy Kid

• Be a good role model. As a parent, how you act is critical in helping your child feel more comfortable socially. Talk about how you overcame your own shyness—by eating lunch with other kids in the cafeteria for example—and demonstrate the positives that come from engaging with others.

• Encourage, but don’t push too hard. While you don’t want to throw your child into the deep end of the pool by forcing him into an incredibly scary scenario, you do want to support him to gradually face his own fears. So don’t make him try out for the school play, for example, but do arrange get-togethers with other kids so he can practice being around people.

• Offer incentives. In exchange for your daughter agreeing to go to a sleepover party, allow her to have extra computer game time the next day. Anything that can help a child socialize in a challenging situation is a good thing.

• Set your kid up for success. Look to his strengths to find social situations that encourage him to open up. If he’s a natural at soccer or a computer whiz, let those interests guide you as you decide which activities may help him make friends. Stick to things with a lot of adult involvement (like scouts or sports) that also include kids who have a similar temperament.

• Start early. Most experts agree the earlier you start, the better the results. As with other learning experiences in life, shy children learn to cope at their own pace, says Bernardo J. Carducci, the director of the Shyness Research Institute at Indiana University Southeast. “It can be compared to other skills, such as reading,” he says. “Some youngsters learn to read early, others later on. The same thing is true with shyness. Some learn coping skills earlier, some later.”

• Focus on fun. It’s especially important, Carducci adds, for shy children to learn how to play with others. “It prepares them for more complex social exchanges later on in life,” he explains.

• Realize that this just may be your kid’s personality. You child may not need an intervention. As long as she’s happy and her shyness isn’t impairing her academic, social or family life, there may not be a problem.