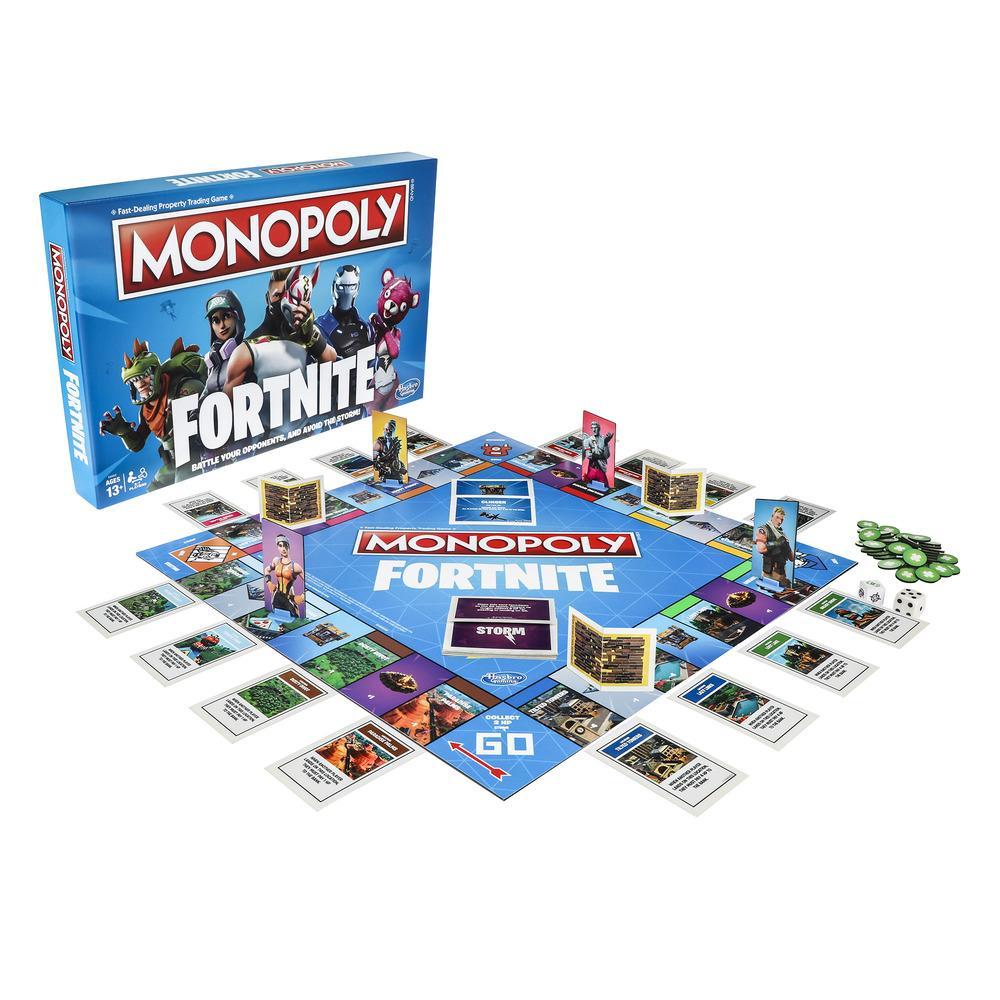 Limited edition Monopoly boards are nothing new, but the latest Hasbro addition is something special. Monopoly: Fortnite Edition, recommended for gamer buffs ages 13 and up, just recently hit shelves. This rendition of the iconic board game got a total facelift for flossers far and wide: players take territories, battle opponents and dodge the Storm to win.

Much like the video game, the board version boasts real-deal Fortnite locations and loot, plus Health Points (HP) in place of Monopoly currency. Most importantly, players can choose from 27 different outfits (like skins in the real thing!).

Gameplay goes like this: roll the action die to battle players while scoring health packs, inflicting damage and building walls, and survive the Storm every time a player passes Go to save HP until there’s one player left standing. The TL;DR version? It’s all about how long you survive, not what you own.