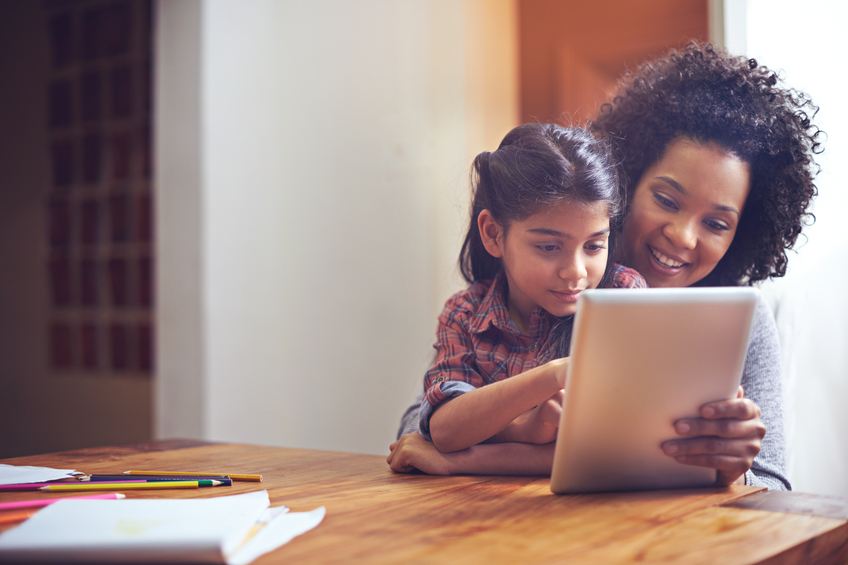 With all the smartphones and tablets changing hands these days it’s likely your kid has seen his fair share of YouTube videos—or might be consistently glued to the screen altogether playing Pokémon Go or another game of choice.

This month the American Academy of Pediatrics (AAP) released updated guidelines based on age. Here’s what you need to know:

–Children younger than 18 months should have no contact with screens at all, since interaction with people and concrete things around them will benefit cognitive development. The only exception is the occasional Facetime with Mom or Dad.

–Kids between 18 and 24 months old can be exposed to TVs, tablets and smartphones as long as a parent is around—they’re too young to soak it in by themselves. Avoid eBooks this early on, too, since it could decrease his ability to understand the material.

–Two- to five-year-olds should stick to one hour of educational programming each day and avoid apps and shows that might overstimulate them.

–The AAP doesn’t give a solid number for children older than five, but there are a few important things to keep in mind. Recent studies have pointed to the many benefits media offers older children. But it goes without saying that if anyone in your family is spending too much time in front of a screen, there will likely be negative consequences like a loss of valuable sleep or exposing your kids to inappropriate content.

Parents should also create a Family Media Plan, which offers a useful outline of when and how long kids can spend in front of a screen. For example, devices should be put away during dinner. The AAP also recommends limiting the amount of media kids use before bedtime. Kids also shouldn’t fall asleep with the TV on.

Why You Shouldn't Text Before Bedtime