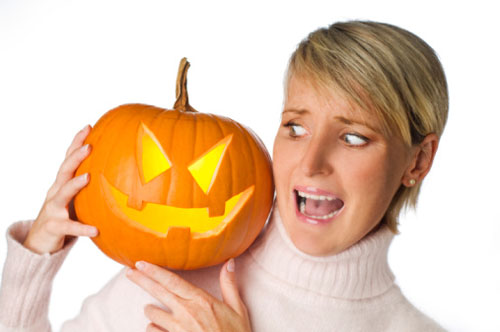 Did you know pumpkins are actually fruit? Yup, like our good friend the tomato fronting itself out as a vegetable, the pumpkin is a big fraud. In fact, technically speaking, pumpkins are berries. Makes you wonder, doesn’t it? That said, let me tell you a story about my latest run-in with this veggie imposter.

The other day, a friend suggested we visit a pumpkin farm and let our kids pick their very own jack-o-lanterns. Who knew these patches existed? Not me. I always thought they were a pretend place made famous by Charlie Brown’s cartoon special. But my pal assured me they were real, and we made plans for the next day.

Feeling like Halloween superstars, we arrived at the mythical location and surveyed the vast expanse before us. “I want this one!” my oldest son said gleefully, grabbing the first orange sphere he saw. I explained to him we need to take our time. “To find the perfect pumpkin, you need to look around a little more.” He paused for a moment and then wandered off into the field. I didn’t give it another thought until an hour later. There was Aiden: still searching, still gourdless.

Half crying, my son lamented the futility of finding a pumpkin flawless enough to take home. Seems my advice sent him on a quest for perfection that no gourd, real or animated, could ever live up to. This one was too small, that one too big, the one over there had bumps and that guy had a dent. All I could think was, Oh, great. I’ve turned my child into an obsessive-compulsive in under an hour. How else can I ruin him? So I knelt down and tried to explain that nothing is really perfect. Dings aren’t bad, they just add character. Blah, blah, blah—the kid wasn’t buying any of it. However, he finally settled on a globe. That’s right, the first one he had picked up an hour earlier. So I paid for our flawed goods and drove us home.

And then the tools go flying—>

The boys rallied as I spread the newspaper onto the kitchen table and cut out each pumpkin lid. With video camera in hand, I stood back to film the sloppy merriment that was about to develop. I mean, what child doesn’t love to squish around in pumpkin guts? Apparently my youngest. Turns out the little one doesn’t want to get messy. All I could think now was, You’ve already given the oldest OC. Don’t blow it with Felix Unger here. So I plunged my hand into the hole and pulled out a fistful of glop. “Look! It’s fun! See?” His response: eye rolling.  So I cleaned out the innards for him while I calculated the cost of therapy, times two, in my head.

While the boys drew elaborate faces on their orbs, I washed the seeds to roast later. Then we called in Dad for the knife work. You should have seen the man hacking away with the store-bought, plastic, Halloween carving device. SNAP! Across the room flew the $9.99 piece of junk.

“ARGH!” grunted my husband. “Bring me my tool box!” he shouted.

With that he continued his assault—using every gizmo he owned. It took a Dremel, various drill bits, a screwdriver, and three steak knives to cut out the intricate, hand-drawn patterns. He furiously battled cave-ins, cautiously saved teeth from falling out, and meticulously crafted each eyebrow and nose. He was a man possessed.

Needless to say it was dark outside when we finally placed the “berries” on the front porch. The boys were tired, my husband was showering, and I was left to clean up the crime scene in the kitchen. On my fourth trip to the trash can, my white shirt splattered with stringy gunk, I realized that life really is messy and imperfect. I also realized that that’s OK. Like I told my son, that’s what gives it pizzazz. The magic, after all, is in the memories, not the details. And we’ll remember this day forever.

So, thank you, Great Pumpkin. You may be a fruit, but oh my gourd you make us happy!

Jane Suter is one funny mom. To share some of your own parenting experiences with Jane, email her.

What are some of your stories of funny holiday mishaps?