It’s no secret that the Garden State is chock-full of gorgeous greenery, but did you know it’s also home to 12 spectacular National Park sites rich in both history and scenery? Some are so massive you may have visited without knowing! Even better?

Many spots offer a Junior Ranger program, perfect for ages 7 and up, where kids get a chance to learn about their surroundings via scavenger hunts. They’ll also earn a badge at each location. Ask what your kid needs to do to participate at the park’s headquarters. Fourth graders and their families get free admission to the national parks and sites (which doesn’t include parking) by signing up at everykidinapark.gov.

This stunning park hugs the borders of Pennsylvania and New Jersey and is packed with waterfalls and biking and hiking trails. There are also beaches and the famous river known for its prime kayaking, canoeing and tubing. Besides the mega to-do list of outdoor activities, there are authentic 100-plus year old sites, like Millbrook Village, Walpack Center and Bevans Village, all of which you can visit by taking a scenic drive down Old Mine Road.

Part of Liberty State Park in Jersey City, this iconic island is famous for being the first stop for many immigrants who arrived in New York Harbor at the turn of the 20th century. You and the kids can spend the day exploring the main building and retracing the steps your ancestors took. Most trips include a ferry stop at the Statue of Liberty, though tickets to enter are an additional fee and often sell out months in advance.

This massive space covers parts of Brooklyn and Staten Island as well as one of the most easily accessible spots of Sandy Hook. The seven-mile peninsula boasts beautiful, clean beaches along with bike paths, fishing and bird watching. You’ll want to make time for a visit to the lighthouse near the Fort Hancock Historic Post. Fair warning: Lot D is usually very crowded (it has a huge snack bar) and Gunnison Beach (Beach G) is clothing optional.

Washington and his Continental Army of soldiers survived the coldest winter on record in 1779. There’s a full museum devoted to him and the encampments along with 27 miles of hiking trails. Some are reachable from the Jockey Hollow area that connects key historic sites. Try to visit from July 1 to 4 for an annual Revolutionary Times celebration which includes a concert and a reading of the Declaration of Independence.

New Jersey’s newest National Park site is one of the state’s biggest hidden gems. Nestled in the middle of downtown Paterson, this 77-foot waterfall is both massive and truly breathtaking. Get up close and personal in Mary Ellen Kramer Park, where you’ll be within feet of the rushing water and able to feel the spray. Snag a selfie with the monument devoted to founding father Alexander Hamilton (of recent musical fame) who helped establish Paterson as an early industrial town, taking advantage of the water power generated by the falls. 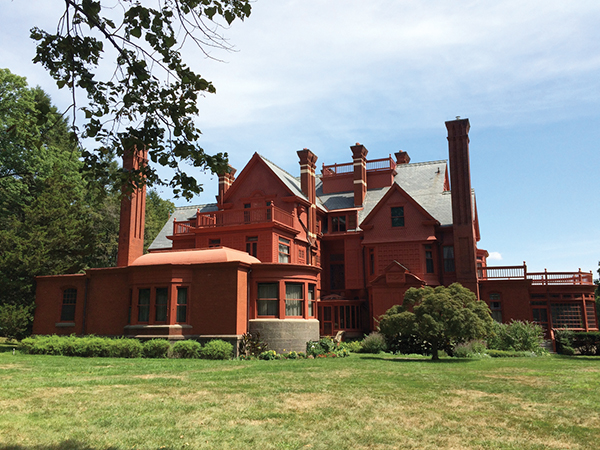 This park is split in two, with Edison’s massive bright estate and the lab complex he worked at. If you want to visit his home, first stop at the lab to get a pass to the gated area. Note: They only hand out a few a day. At the complex be sure to see the Black Maria, the state’s first film production studio, and wander three stories to learn more about his inventions including the lightbulb and the phonograph.

• Appalachian National Scenic Trail: A hiker’s dream, 72 miles of the more than 2,000-mile trail runs through the northwestern part of NJ.

• Lower Delaware National Wild and Scenic River:  Expanded in 2000, this is the largest free-flowing river in the Eastern US.

• New Jersey Pinelands National Reserve: This South Jersey treasure has more than a million acres of forest, wetlands and farms. The gigantic reserve is also home to a 129-mile-long river.

• Washington-Rochambeau National Historic Trail: You’ll spot signs for this trail that stretches from Massachusetts to Virginia in towns like Princeton and Allendale.