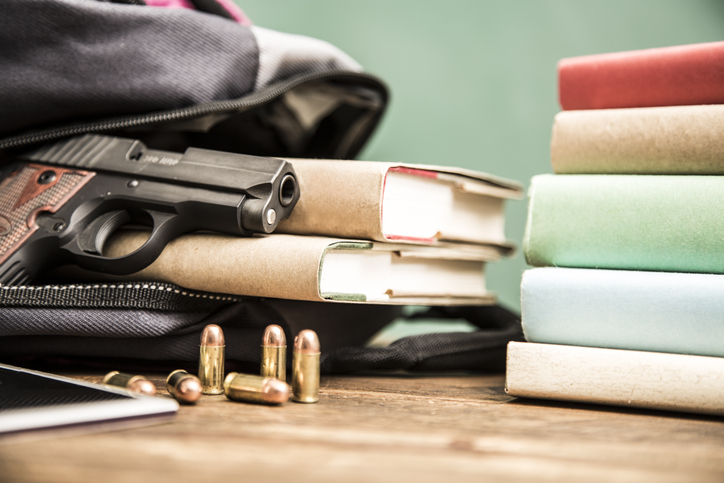 In response to the uptick in tragic school shootings, NJ public schools are doubling up on defense. Governor Murphy just signed Alyssa’s Law earlier this week, which will require public schools in NJ to install silent alarm systems or other panic alarms that will contact police in the event of a shooting.

Schools will have both a panic alarm, which is a silent security system activated manually to contact law enforcement in an emergency, and an emergency light system, which uses a red light on the exterior of a building near the front entrance or on a nearby public roadway in the case that the entrance isn’t visible. Both types will send direct signals to local law enforcement while remaining inaudible inside.

Every public elementary and secondary school will need to be equipped with at least one panic alarm in the event of an emergency, including evacuations and lockdowns in addition to an active shooter situation.

The alarms will be paid for with bond funds approved by voters last year under the Securing Our Children’s Future Bond Act, and will cost anywhere from $2.5-12.5 million ($1,000-5,000 per school). Schools that already have panic alarms installed may receive reimbursement.

The law is named after Alyssa Alhadeff, one of the 17 victims of the shooting at Marjory Stoneman Douglas High School last Valentine’s Day (she was a Jersey native) in Parkland, FL. Her parents were present for the bill’s signing.