Holiday Events in NYC for 2020 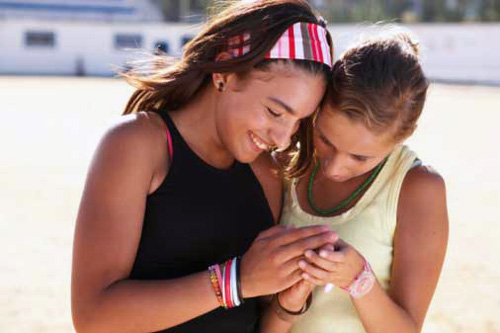 Summer vacation photos used to mean snapshots of kids posed in front of landmarks or goofing around with cousins at a family reunion. Only a decade ago, parents knew exactly what photos their kids took if only because the camera was family property and parents had to pay to have the photos developed.

Now that cameras are embedded in most cellphones, children can take—and distribute—photos without any consultation with parents. As a result, many young people already have embarrassing and potentially risky photos posted on social networking sites and stored in the cellphones of friends as well as strangers. During the summer, when some kids are bored and less supervised, the odds of making mischief with a camera increase.

The thought that some of a child’s vacation photos might be provocative or even nude is understandably distressing to parents. Teens, however, aren’t as appalled as they ought to be. One in four teens has participated in sexting and even more have seen or forwarded the photos. Both genders are involved, though girls suffer disproportionate consequences because boys rarely store or forward photos of naked boys.

Technology that will allow parents to preview photos before children send them is likely to be available by the end of the year. For this summer, parents will have to talk—often—about what kinds of photos kids are allowed to take and share. Here’s what you need to know.

Middle school students seem to be at especially high risk for sexting, perhaps because they are just discovering their own sexual feelings and they crave the attention of the opposite sex. Girls, in particular, may consider using an intimate photo as a way of showing a boyfriend how much they care. In one of the most thorough studies of sexting to date, researchers from the Crimes against Children Center at the University of New Hampshire pointed out that a large proportion of the pictures involved in sexting are taken and sent voluntarily by children as young as 9.

Young people are growing up in a highly sexualized culture. The message that sexting is cool comes from music videos and even an ad that aired in last year’s Super Bowl. Pornographic images are less shocking because they are so readily available online. Most young people have seen or at least heard about sexual photos of their peers, so they often start with a “no-big-deal” attitude. Parents will need to talk about this topic often to convince them otherwise. Lectures are pointless. Instead, take advantage of news reports about sexting (e.g. Anthony Weiner) to start open-ended conversations.

Adolescents are not developmentally ready to think carefully about how today’s impulse may lead to future problems. They need adults to help them anticipate potential difficulties created by sexual photos. Talk your child through various scenarios.

Making these consequences vivid makes it less likely that a teen will impulsively send a compromising photo.

Sending naked photos of someone under 18 fits the legal description for distribution of child pornography. Police and prosecutors vary a great deal in how stringently they enforce the law. As a result, many teens don’t understand the legal risk they incur if they press “send” or “forward” on a racy picture. Be sure your child knows that some young people have been prosecuted and labeled as sex offenders, a designation that can have lifelong consequences.

Tagging is a Facebook feature that allows people to identify people in photos that they post. Although this can be a harmless way for young people to share their photos, it takes control about what images can be seen online out of your child’s hands. In particular, tagged photos can show up in the public photo strip at the top of your child’s profile page. Even if you aren’t your child’s “friend” on Facebook, you should regularly search his or her name to see what photos appear.

If tagged photos of your child are inappropriate, visit Account Settings in the upper right of the Facebook page. Click on Privacy Settings, a section that contains many useful tools for controlling who sees what on Facebook. To control tagged photos, choose “Customize settings,” then “Photos and Videos you’re Tagged In.”  Choose “Edit Settings” and then click “Make this visible to.” Choose “Customize” from the drop down menu and then "Only Me" from "These people:." Click on "Save Settings."

Even if your child would never send a sexually explicit photo, he or she may receive one from peers. Encouraging kids to report such messages puts them in a conflicted position. No teen wants to be responsible for getting a friend in trouble. You can, however, make it clear that your child can do something positive simply by deleting the photo. Sharing sexually explicit photos may actually make your child an accessory to a crime. Pressing “delete” is a small kindness to the young person foolish enough to distribute homemade pornography.

It’s natural for parents to think their own child couldn’t possibly be involved in anything as unsavory as sexting. The truth is that even “nice” kids make dumb decisions, so parents need to be proactive. Talking to children now makes it less likely they will share summer vacation photos that will haunt them when they go back to school in the fall.

Carolyn Jabs, MA, has been writing about families and the Internet for more than 15 years. She is the mother of three computer-savvy kids. Other Growing Up Online columns appear on her website.