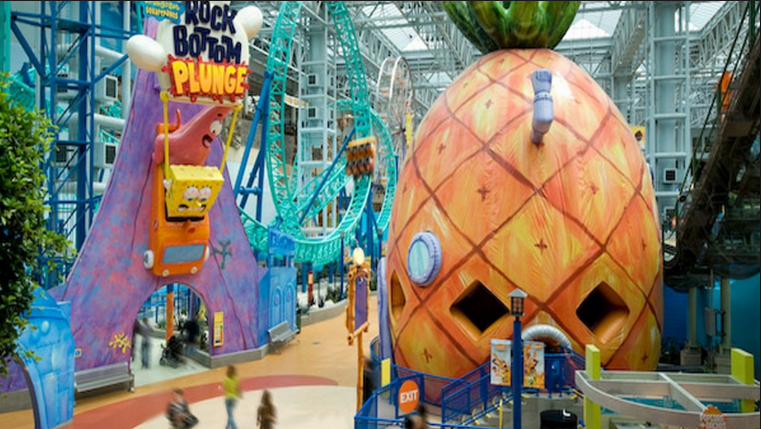 You’ve heard about American Dream, set to open in mid-2018, is going to have it all. And a recent agreement to open the biggest indoor amusement park in the western hemisphere, Nickelodeon Universe, confirms that.

Nickelodeon Universe (yes, the ultra-popular kids’ network) is set to become the Meadowlands mega attraction’s newest tenant. The amusement park will be truly one-of-a-kind, with state-of-the-art rides, attractions and vendors. And, of course, your kiddos’ favorite characters like Spongebob Squarepants, the Fairly Odd Parents and the Teenage Mutant Ninja Turtles will all be accounted for.

Developers of the never-ending attraction drew inspiration from the Mall of America in Minnesota, where Nickelodeon Universe has really taken off.

The park will sit on 8.5 acres of real estate, and is in good company. A 180,000-square-foot indoor ski slope, gigantic aquarium and an over-the-top dine-in movie theater with 4-D movies (who knew that was possible?), will also call the Meadowlands home.

UPDATE: The long-awaited Nickelodeon Universe Theme Park is finally opening on October 25, 2019. With 35 coasters and rides, it’ll be the largest indoor theme park in the Western hemisphere. Brave rides like The Shredder or Nickelodeon’s Skyline Scream before meeting the kids’ faves like SpongeBob SquarePants and Dora the Explorer. Don’t miss live shows on the Slime Stage!

Great Fun Things to Do With Kids

NJ Will Be Home to the Biggest Mall in the US

Legoland Set to Open in NJ