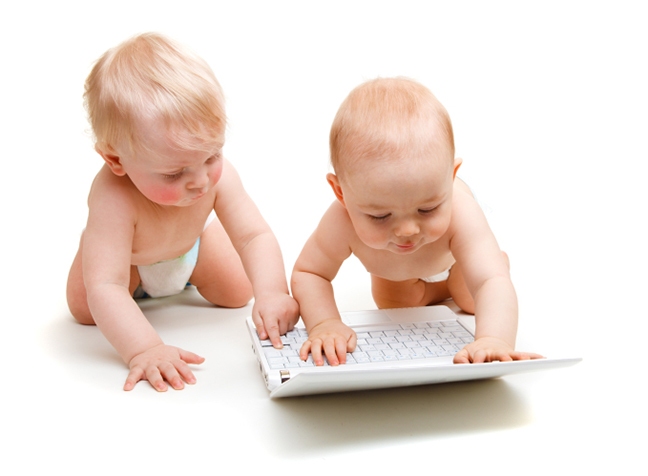 Babies should be given iPads to play with much earlier than was previously thought, a surprising new study has found.

The research out of the University of London shows that giving infants tablet computers and other similar gadgets right away helps them learn.

“Tablets should be part of a baby’s world from birth,” Professor Annette Karmiloff-Smith, the lead author, tells the London Times. “It is shocking how fast they learn, even faster than adults to do things like scroll up and down text.”

“Books are static,” she says. “All they are interested in is the sound of the pages turning. Their visual system at that age is attracted by movement. That is why tablets, which have moving pictures and sound, are very good.”

The findings contradict recommendations by the American Academy of Pediatrics (AAP), which says no TV or other entertainment media for children under the age of 2. Previous studies have shown TV and screen time for babies to be linked to attention deficit disorder, obesity, language development delays and other problems. One important difference, though: The University of London study looked primarily at tablets’ effects on babies’ learning, whereas past research has focused more on the impact of TV and screen time on infants’ social and emotional growth.

All that said, it’s probably not time to go out and buy your baby an iPad just yet. The jury is still out on whether tablets can, in fact, be beneficial in helping infants learn.