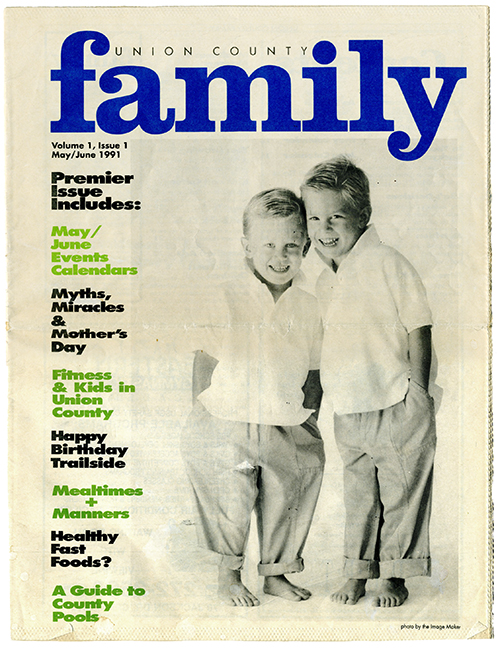 We were at a play group for our three-year-olds. While our kids socialized, we talked about the fun things we were planning to do with them over the weekend. Soon, we were making lists of places and events, copying them at the library and sharing them with the group on play group day.

One of the women said she’d taken her son to a Native American pow wow nearby. “Wow! How did you find out about that?” we asked. We all felt like we’d missed a good one.

We decided we didn’t want anyone to miss any more good ones. So, in May 1991, our lists became the very first issue of New Jersey Family. Soon after, moms and dads from all over were coming to my garage in their minivans to collect copies to deliver to schools, libraries and doctors’ offices.

Twenty-five years later, New Jersey Family has an amazing and devoted staff. It’s become a magazine that helps 345,000 parents find the best stuff to do with their families every month and a website that reaches more than a million NJ parents a year.

On behalf of everyone at New Jersey Family, thank you for allowing us to make a difference in your life as a parent. We’re looking forward to celebrating our 50th anniversary in 2041! – Cindy and Bonnie