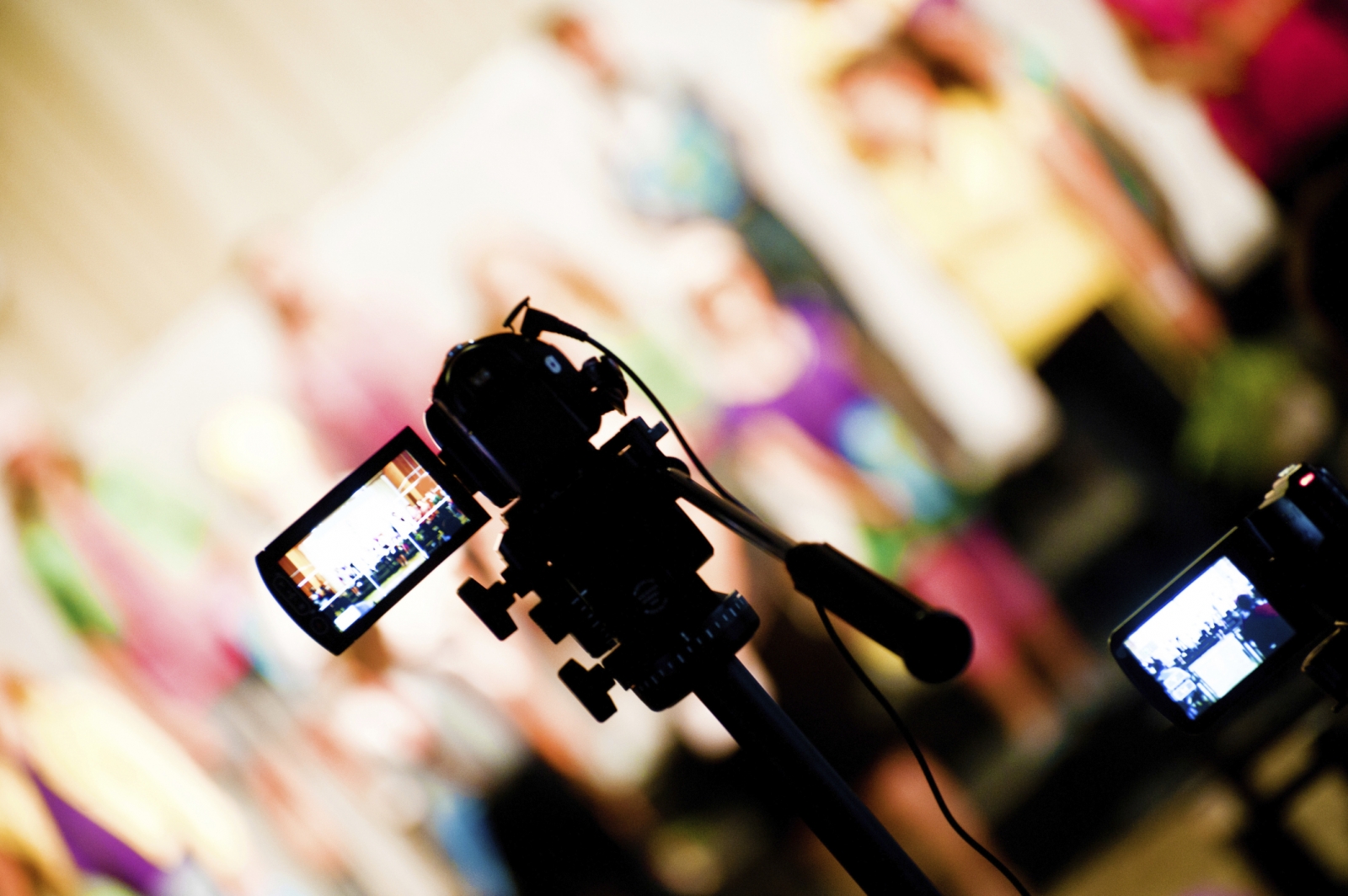 Last year around this time began one of the most surreal chapters of my family’s history. After seeing this very blog, a producer from ABC called and asked if my family would be interested in appearing in a segment of “World News with Diane Sawyer” that would explore how global warming affects the average American family. They were looking for an average American family to portray. (That, of course, made me laugh. Family, I’ve got; “average,” not so much.) After determining it wasn’t a prank, we agreed to do it.

My husband and I referred to the upcoming event as Our Date with Diane Sawyer, though Sawyer, herself, would not be gracing our home with her presence. The interview would be conducted by Dan Harris, an ABC News correspondent who now serves as a co-anchor of “Nightline.”

“Can I tell my friends?” she asked.

It was on the tip of my tongue to say, “Why don’t you hold off on telling them? It might not work out.” But I stopped myself. I’ve always been cautious (some might say pessimistic) by nature, and I didn’t want my daughter to be the same way. So instead, I said, “Sure, you can tell them,” and she promptly called every classmate she had a phone number for.

D-Day arrived, and surreal doesn’t even begin to explain it. Harris, producer Beth Lloyd, and two cameramen showed up, all of them totally nice and down-to-earth from the get-go (they even indulged my no-shoes-in-the-house rule without batting an eye). For three hours, cameramen followed us around as my husband talked about lawn care, I talked about the damage done by Superstorm Sandy, and a climate expert joined in to tell us how much damage global warming was doing us. My son put on a giant sombrero my daughter had gotten for Crazy Hat Day at school and danced around singing “Gangnam Style.” As I showed them the food in our refrigerator, my son sidled up beside me and started showing them some stuff, too. He was hamming it up like never before, and the camera loved him. But, noticing what was going on, Harris made sure to ask my daughter questions and take some footage just of her (as I said, a very nice guy!).

Halfway through, my husband and daughter left for work and school. My son, who was in afternoon pre-k, and I stayed behind, and Harris suggested we take some candid shots. He asked what I would be doing if they hadn’t been there. Of course, the real answer was loading the washing machine and unloading the dishwasher, but instead I said, “Oh, I’d be reading a book to my son!” So they filmed me doing that, and some other random stuff. I asked when the piece was scheduled to air, and he said, “Tomorrow. But, as I always tell people, I work in an insane asylum, so it’s never guaranteed.”

When my daughter came home from school, she was bursting with excitement. “People called me a movie star,” she said, beaming. She asked if she could call her friends and let them know the segment would air the next day. This time I tempered my reply slightly, saying, “Yes, but tell them it could change.”

Which, of course, it did. It wouldn’t air that day, or any day in the foreseeable future.

“I can’t go to school,” my daughter sobbed when I told her. “Everyone’s going to call me a liar.”

I had no great words of wisdom to give in reply. The only thing I knew for sure was that putting off the inevitable wouldn’t help.

I almost literally had to drag her to school the next morning. “Please don’t make me,” she begged the whole way. But I did, and she went.

I worried about her all day, but at pickup that afternoon, I made sure to have a big smile on my face. I’d act like nothing was up, and maybe nothing was. Maybe we were blowing the whole thing out of proportion.

But as soon as I saw her face when she came through the doors, I knew something was up. Her face bore a more dejected look than I’d ever seen before. Dear Lord, what had I done by agreeing to this stupid TV thing in the first place?

“How was your day?” I asked, though it would have taken a complete imbecile to look at her face and not realize how her day had been.

“Terrible,” she answered as we walked to the car.

“It was so unfair! None of us got recess just because some of the boys were misbehaving. Me and the other girls tried to explain that we hadn’t done anything, but the teacher wouldn’t listen. So we all had to stay inside for recess. And I think we might have to stay inside tomorrow, too!”

Say what? After all my worrying, she was upset about missing recess? I almost said, “But what about the TV thing? Did anyone call you a liar?” But I restrained myself and just said, “That stinks.”

I kept waiting for the other shoe to drop, but it didn’t really. She asked me a few days later if the segment would ever air, and told me that a couple of kids said things along the lines of “I thought you said you were going to be on TV?” But she also told me that just as many kids asked her what it had been like, and a couple of kids had seen the van in our driveway.

(Interestingly, about two months later, my son, whom I’d forgotten to explain anything to, said, “Are we ever going to be on TV?” When I told him I didn’t think so, he innocently asked, “Then what did we do all that for?” Just another example of how irrational adults must seem to kids!) 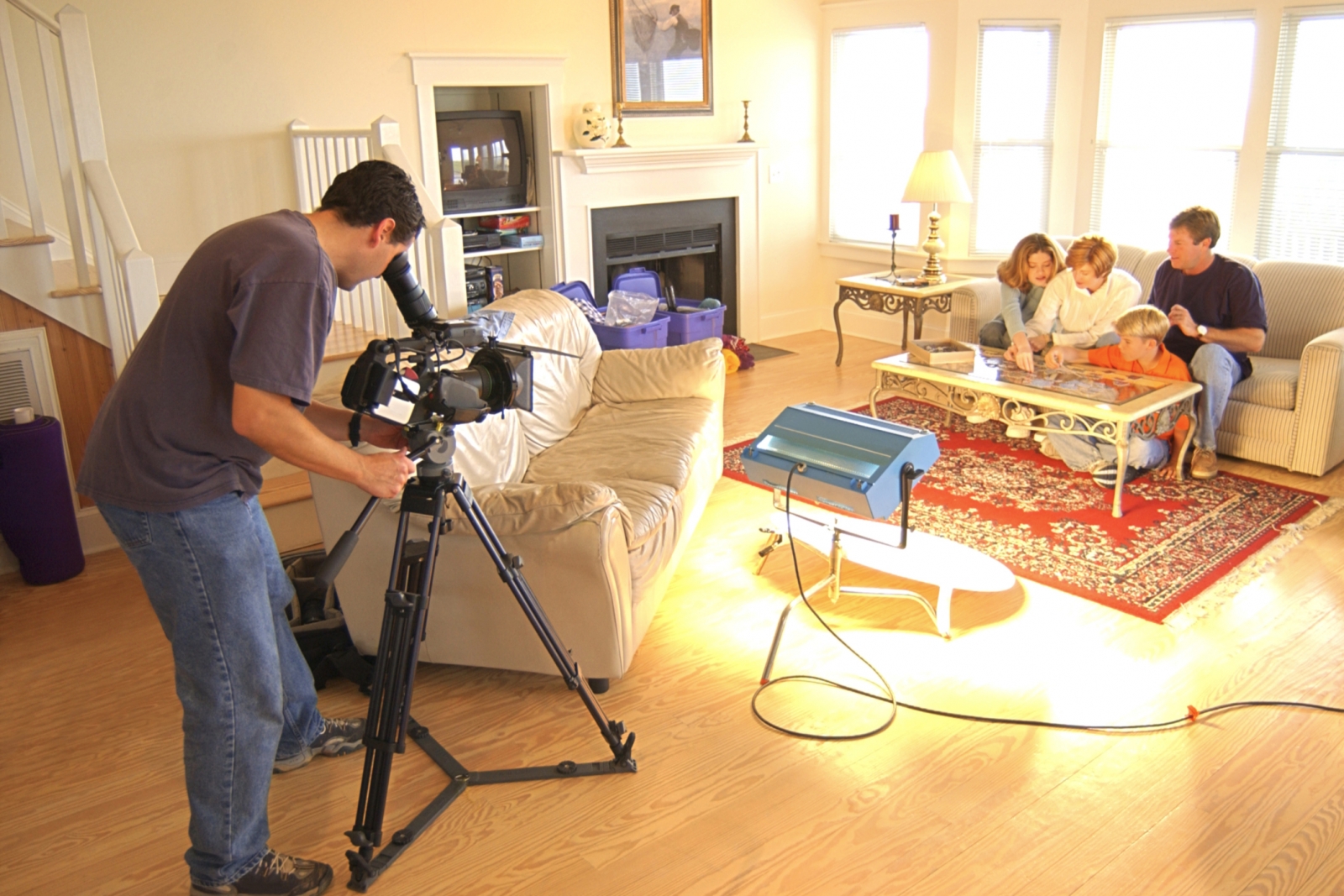 A tiny sliver of Our Date with Diane Sawyer actually did air—more than eight months later. Here is the clip. (You may blink and not miss us, but I wouldn’t recommend yawning or sneezing.) As you’ll see, my husband descending into the basement gets the most play, with our air conditioner coming in a strong second. Then there’s my son and me, with my daughter a distant fourth. I decided not to tell her about the clip. I didn’t want her to feel bad and wonder why she was hardly in it, though I could give her half a dozen reasons why that have nothing to do with her (e.g., she had to go to school when a lot of it was filmed).

Protecting kids from disappointment gets a lot of bad press these days. Both parenting and mainstream media are full of articles proclaiming that we’re raising a generation of wimps who can’t handle setbacks—all because parents are successfully shielding them from disappointment during childhood (here is an example; or just Google “nation of wimps”—which is actually the name of a book on the subject—and you’ll see what I mean).

But here are some recent disappointments my daughter has recently endured: not even making the runoff in school elections; not making the Little League tournament team; not making the top level in math; having lower grades on her report card than ever before; and not getting invited to birthday parties of kids she had invited to hers. And those are just the big things. Even if I wanted to, how on earth would I shield her from these disappointments? I suppose, as articles on the subject suggest, I could do things like argue with the teacher about her grades. But I’ve seen my daughter’s schoolwork and the grades she’s earned on individual assignments and tests, and the grades on her report card seemed in keeping with her performance. Is it really as commonplace as these articles suggest for parents to negotiate unearned grades for their children? I actually think these articles and books make a lot of good points (especially about the danger of rewards and too much praise for accomplishing little). But claiming that this generation doesn’t experience disappointment? What secret do other parents know that I don’t?

Eventually, my daughter did find out the clip had aired, but I just told her that it was only a few seconds long, and she didn’t press to see it. I’m not sorry I didn’t show it to her. I think there’s a difference between shielding your child from every disappointment and not rubbing her nose in it.

But I’m also glad I didn’t let her stay home from school that day, and instead let her see that she could brave whatever comments came her way. And I’m glad I let her tell her friends about the whole TV thing instead of advising her to keep her mouth shut, so there’s at least a chance she won’t end up as “cautious” as I am (or, if she does, it’ll be because of her own experience, not because I made her that way). And I’m still glad Our Date with Diane Sawyer happened. Even though it didn’t turn out the way we expected, it was a fun experience. Every now and then, my daughter will catch a glimpse of Harris on TV and say, “Hey, remember when that guy came to our house and talked about global warming?” And it remains such a surreal experience in our minds that we always end up laughing.

I’m also glad that at least part of it aired. I can’t explain it, but it’s like a little slice of our family’s history that wouldn’t be complete if we hadn’t any record of it. Plus, I’ll admit—until it aired, I kind of felt like a liar, too!