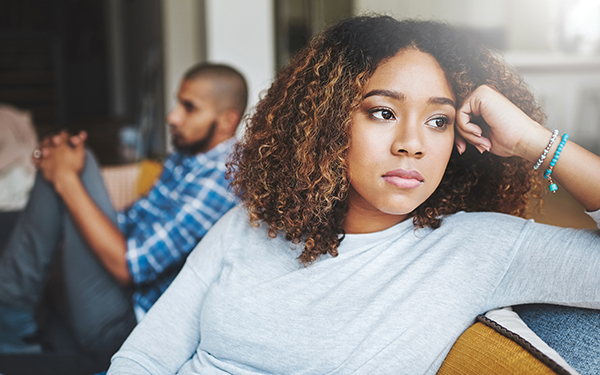 Divorce is a heartbreaking, finance-taxing endeavor for even the most agreeable of exes. Different parenting philosophies become more pronounced with a dollar number attached, and residual feelings (both loathing and love) can influence even the simplest exchanges. Mothers in particular often bear the financial brunt of splitting a shared life in two. Managing money post-divorce is tricky, but it doesn’t have to be quite so fraught.

STRATEGIZE BEFORE THE SPLIT.

Planning to part ways? Plan well. “In recent years, there’s been a movement towards trying to anticipate this issue even before the divorce is finalizing,” says Kevin B. Kelly, an attorney and professor at Seton Hall University School of Law in Newark. Employing mediators, financial planners and even therapists during the divorce process can help head off potential problems—particularly for couples who may be unprepared for their suddenly (though usually temporary) reduced income. “Someone needs to do a reality check and say, ‘explain to me how this is going to work.’” For example: Should a stay-at-home parent continue to stay home? Is the non-custodial parent prepared to be flexible—especially if both parents end up working? And can everyone tighten their belt? “These are the types of mutual decisions that must be made. There’s no one size fits all, but anticipating issues ups the chances for success,” he says.

A FAIR DIVORCE SETTLEMENT BENEFITS EVERYONE.

“The decisions you make in your divorce will affect your kids for years to come, so you want to make decisions that truly safeguard them,” says family law expert Bari Z. Weinberger, founder and managing partner of Weinberger Divorce & Family Law Group in Parsippany. “New Jersey courts believe that kids deserve to share in the economic resources of both of their parents, so settlements should include a support order covering basics like food, clothing and shelter, along with things like childcare, health care, school tuition, sports, school supplies and other child-related costs,” she says. It’ll also include a detailed custody agreement and co-parenting plan that provides the child with a stable living situation and, whenever possible, ample time with each parent.

ALIMONY BENEFITS EVERYONE, TOO.

It gets a bad rap amongst newly single men, but alimony should be reframed for what it is: support that helps the primary caretaker (often the mom) become self-sufficient after putting a career on pause. “It’s an investment allowing re-entry into the work world in a gradual way that’s better for everyone,” says Kelly. This could mean finding part-time work, taking a lower level job or heading back to school for a second career. According to a 2012 report from the US Government Accountability Office, women’s household income fell about 41 percent post-divorce, twice that of men on average. Alimony allows for parity. Yes, both parties will be strapped for a while, but the pain is usually short-term, as both parties may remarry or see an increase in their salaries, and eventually, the kids will grow up and be able to support themselves. When it comes to determining alimony, New Jersey is an equitable distribution state, which means in the event of a divorce, the marital property is not automatically split 50/50. Instead, assets are distributed in a way that’s fair, but not necessarily equal.

YOU MAY HAVE TO FIGHT FOR WHAT’S YOURS.

A settlement is only as good as compliance. Try to work things out outside the courts (and get all promises in writing) since it’s best for everyone. “If you can’t reach an agreement, or one of you is refusing to abide by the agreement, then it’s time to go to court. Not paying child support is a big deal, but there’s a clear outline for how to go about enforcing your support order,” says Weinberger. For example, the courts can mandate payment of wages or issue contempt orders— though that still may not convince a determined deadbeat to pay up. One thing you can’t do is to deny visitation, as tempting as it may be. “Custody and support are distinctly separate according to the New Jersey family court system. So not only would you be in contempt of a court order, you’d be putting your kids in the middle—and that’s not fair or beneficial,” she says. Here’s a tip from the trenches: If you suspect support will never, ever be forthcoming (you know your partner best), request hard assets such as property or retirement funds in lieu of alimony, suggests Kelly. “Get something now that’s guaranteed.”

WHO PAYS FOR CAMP AND COLLEGE?

A common hot button between exes, negotiating camp and college is tricky given the wide range of programs (sleepaway or town camp; community college or elite private). According to Weinberger, New Jersey courts consider summer camp a necessary cost to be shared by both parents when it functions as daycare for the child while the custodial parent is at work. That swanky sleepaway camp? Not so much. If it’s a must for you, be willing to pay up.

College cost sharing agreements are also typically included in divorce settlements and are separate from child support (ie: tuition doesn’t negate support obligations), plus presume both parents will kick in some ratio determined by their income levels. For 529 plans, spouses can freeze the pre-divorce account and let the interest accrue, or they can split it in two (with a tax penalty) and agree on individual contributions in the settlement. Divorce doesn’t really offer any benefits in terms of financial aid, but remarriage may confer a penalty since the new spouse’s income must be included on financial aid forms. So, you may want to wait until the kids have finished college to remarry (FAFSA doesn’t care about love). You can see all the rules at finaid.org.

Children’s needs change, so child support is always open to modification by the court. “This is why financial issues are so common for divorced parents,” says Weinberger. “All of these and more could be triggers to request a change in support terms.” There may already be language in the original settlement addressing who pays for things like braces and first cars, along with unexpected expenses, so ask your lawyer to interpret if you’re not sure. Either way, the custodial parent doesn’t have to eat the cost of dance costumes, trip money, broken heaters, medical co-pays or unanticipated expenditures—life is, after all, one big money pit. Support can also be modified in response to unexpected job loss or a financial windfall. New Jersey courts typically view fairness as the ultimate goal. They don’t like manipulation or game playing, and are willing to structure settlements to limit such nonsense. “Judges have gotten more hip to that, and I think things have gotten better,” says Kelly. And that’s good for everyone in your family.

—Jennifer Kantor lives in Maplewood with her two kids.