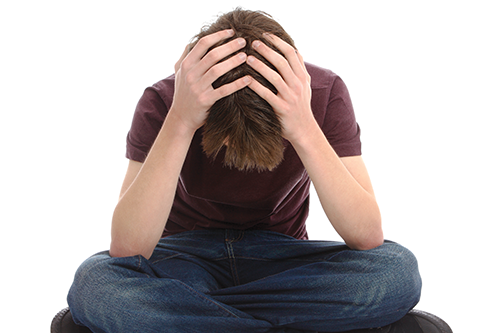 New Jersey’s chapter of the Depression and Bipolar Support Alliance estimates one in eight adolescents experience depression. To distinguish between a simple case of the blues and clinical depression, the American Academy of Pediatrics encourages parents to look for the following warning signs. Five or more may indicate possible clinical depression:

Suicide is the third leading cause of death among young people in New Jersey. A Centers for Disease Control and Prevention survey found approximately 14 percent of NJ teens had seriously considered suicide. Contact the New Jersey Suicide Prevention Hopeline at 855-NJ-Hopeline immediately if you notice any of these signs:

A 2011 Pacific Institute for Research and Evaluation report found widespread underage drinking in New Jersey, with more than 45 percent of high school students having at least one alcoholic beverage on one or more occasions during a 30-day period.

Cyberbullying is a particularly cruel form of bullying where kids use social media, text messaging and other forms of electronic communication to harass. A 2011 Centers for Disease Control and Prevention survey found 16 percent high school students admitted to being electronically bullied in the past year. The numbers from bullyingstatistics.org are even more alarming:

New Jersey’s tough anti-bullying laws enacted in 2011 are designed to ensure schools recognize and report various forms of bullying to the state. Every school is required have an anti-bullying specialist and school safety team, who are held liable for failing to take effective measures against bullying and cyberbullying perpetrators.

Watch your kids even when you’re not actually there with these tracking and monitoring programs.