We’ve all seen the gorgeous princess hairstyles all over Pinterest and laugh knowing if we ever attempted, the pics would go straight to the Pinterest fail blog. And doesn’t your kid have to have dream hair in order to make those looks work?

So when Disney Frozen Hairstyles and Disney Princess Hairstyles arrived at my office, I admired the looks, but doubted a mere frazzled mom like me could do it at home. But what the hell. 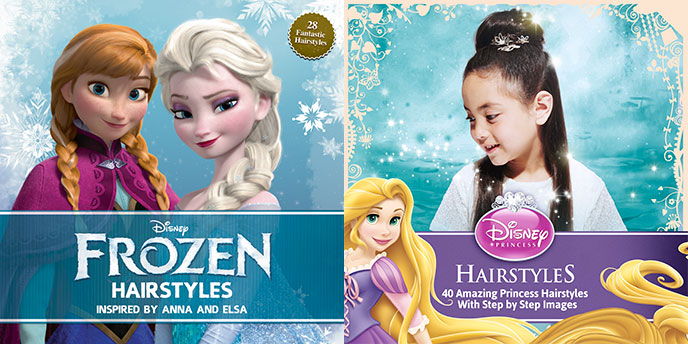 I bravely/stupidly decided to give it a whirl. I enlisted my patient 8-year-old (with ridiculously thick hair) who still loves “fancy” princess hair be my guinea pig, and let her pick which look she wanted to start with. Her favorite princess is Belle, so she went with Belle’s Bow. And given the fact that I have ZERO professional experience, it didn’t come out terribly… sure it flopped over almost immediately, but it was still cuter than a plain old ponytail.

She then later asked for another hairstyle, which meant a lot more brushing (and a lot more detangling spray), but as long as she was distracted by the TV, she sat patiently as I tried again to achieve the Cross Braid from the Frozen look. Again, not perfect, but I could almost see Anna wearing it. 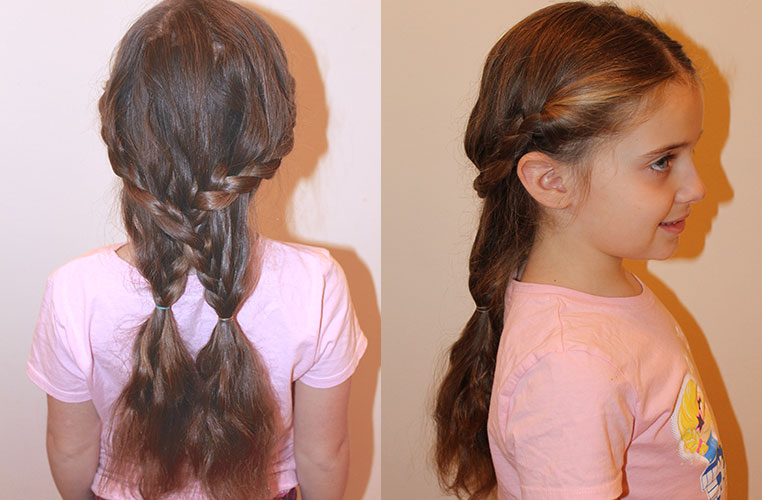 But then she wanted me to do it in the morning before school. Ugh. But what better way to test out the doability of these looks than to try and do one in the 10 seconds before we run out the door in the morning?. We did the Locks of the Ocean look from the Princess book, and it was super easy, didn’t have that many steps, and looked awesome when we were done.. It was kind of like I was a mom who actually had her act together!

From there we got addicted, and tried the ponytail with a twist the next day. One of these days I’ll learn how to hide the elastics, but her fellow third graders didn’t seem to mind. 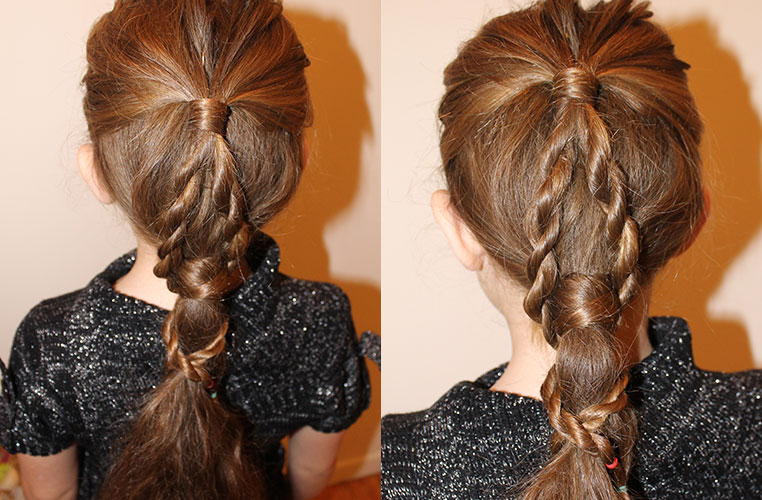 On the last day of our grand experiment before Thanksgiving, we picked one that looked a little bit trickier, with lots of bobby pins needed. But, it was the pretty Elsa Frozen wrap and it looked so pretty in the book that we just had to give it a whirl. 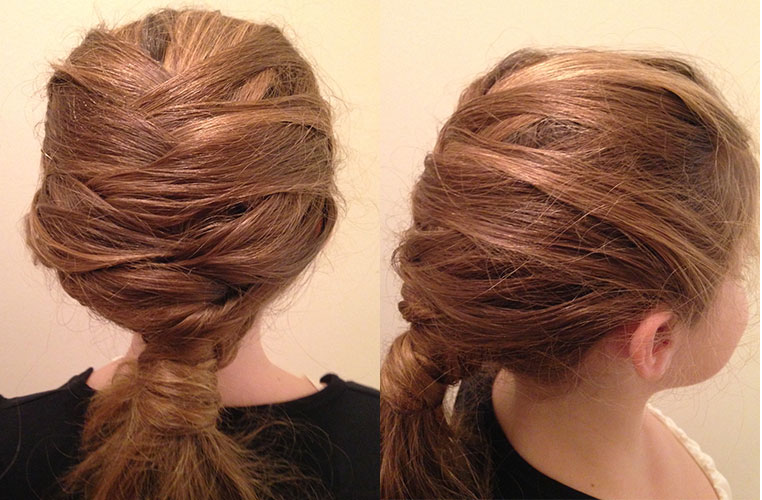 It came out the best of all, and made her look so grown up.

If you want to give an Elsa braid a whirl before buying the books, one of the step-by-step looks is pictured below. 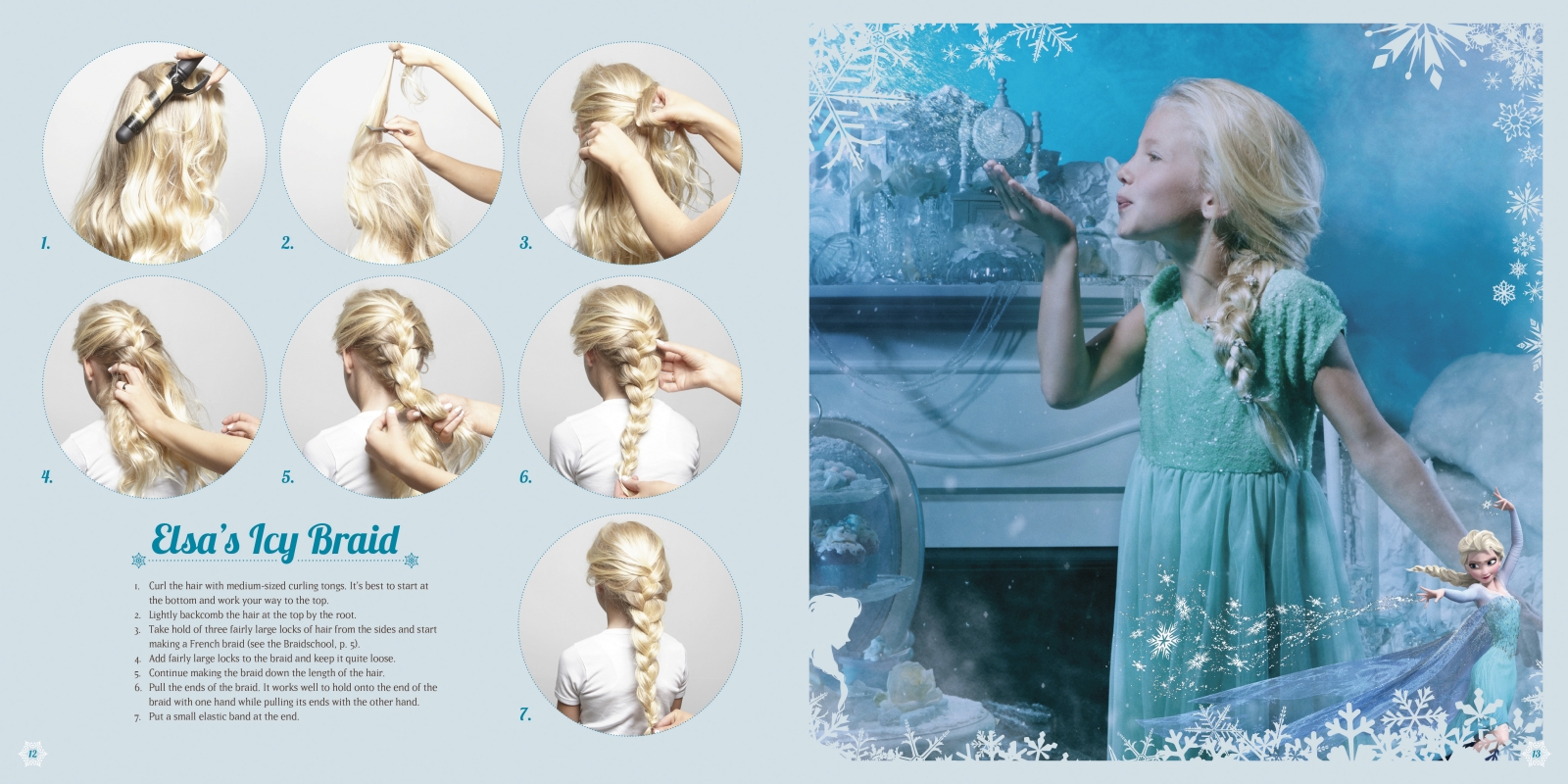 Both books are available now (Disney Princess Hair, Disney Frozen Hair) and could help you make your princess look extra special for any holiday parties.

Can't get enough Frozen? See all the awesome Frozen events happening in NJ!