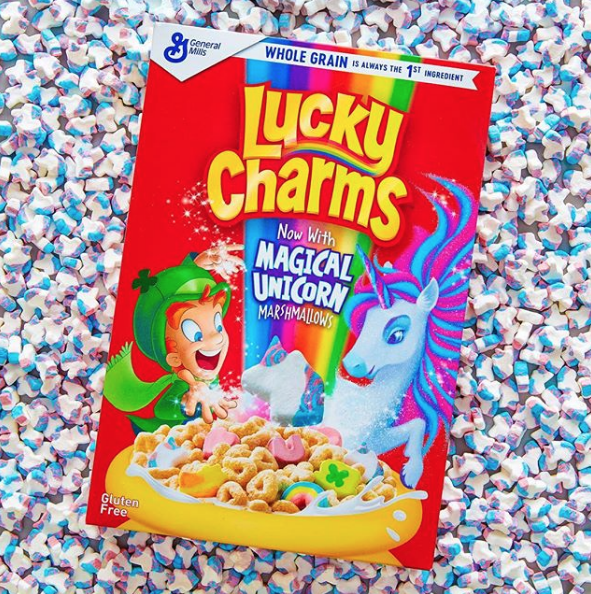 We know, you’ve worked hard to wean the kids off their favorite sugary cereals. But this news just might call for an exception.

Lucky Charms, the “magically delicious” combo of frosted oat cereal with adorable little marshmallows, is saying goodbye to the hourglass (turns out that’s an hourglass, not a pot of gold) and hello to the magical unicorn. Unicorns have been everywhere lately, from pool tubes to desserts, and now they’ll be at the breakfast table.

The unicorn marshmallow is the first permanent shape to be added in a decade. General Mills picked the brains of kids everywhere to figure out what they wanted to see in the bowl most and the decision was unanimous. The sweet new lineup will still include other old faves: hearts, stars, horseshoes, clovers, blue moons, rainbows and red balloons.

The new magical unicorn can already be found in boxes of Original or Chocolate Lucky Charms. If it’s all about the sugar rush and less about the marshmallows for them (or you?), try Lucky Charms Frosted Flakes, which sub lightly-frosted corn flakes for the original toasted oat shapes.