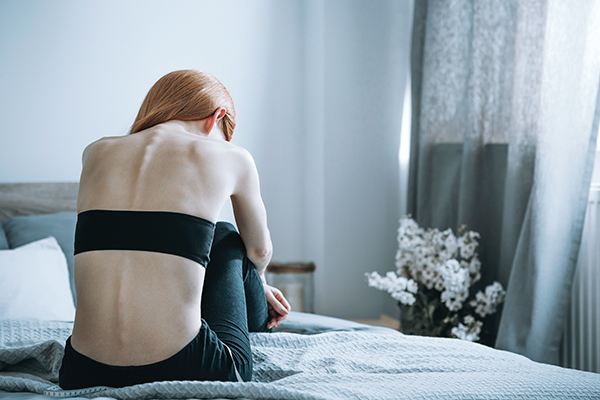 It’s a scary reality: Eating disorders like bulimia and anorexia have been repeatedly associated with bullying and depression, according to a 2018 study in JAMA Psychiatry that analyzed a group of kids in grades 7-11. And up to 40 percent of overweight girls and 37 percent of overweight boys are teased about their weight by peers or family, according to a 2016 study in Pediatrics. An uptick in body shame and weight stigma puts extra pressure on teens, especially in the age of social media.

Over time, studies have found that weight stigma can lead to low self-esteem and body dissatisfaction, and that people with eating disorders often have other conditions like major depression, anxiety disorders, OCD, ADHD or PTSD, according to the National Eating Disorder Association (NEDA). Other risk factors include self-harming, being of certain marginalized identities (some minority races, transgender individuals, low-income people, etc.), having a family history or participating in an aesthetic sport, like cheer or dance. The most important predictor? Dieting. In a 2016 study in Pediatrics, those from a group of 14 to 15 year olds who dieted moderately were five times more at risk (extreme dieters were 18 times more at risk) than those who didn’t.

WHY GIRLS ARE MORE AT RISK

Between social media and societal preferences, girls are under a lot of pressure to be skinny and sexually appealing early on. An ongoing study by the Mayo Clinic published in 1999 found anorexia cases had gone up in 50 years for only one demographic: girls ages 15- 24. Since then, not much has changed.

SIGNS TO LOOK FOR

According to the Child Mind Institute, it’s time to worry if your teen…

• has a distorted body image or an intense fear of gaining weight.

• skips meals or avoids eating with others.

• spends a lot of time in the bathroom after meals.

• often has a sore throat or knuckles or yellowed teeth (signs of purging).

• hoards food (a lot missing could mean a binge).

TALK TO YOUR TEEN

It’s important to have conversations about body image and healthy habits early on. Discuss food in terms of health and nutrition rather than “good” or “bad,” says Child Mind Institute. Remember that kids with moms who are excessively worried about their own weight are at higher risk for modeling the same habits. That means no beating yourself up for having that second piece of chocolate. And, while this should go without saying, never criticize your child’s weight or physical appearance. If you think your teen is at risk, contact your doctor immediately.

Head to nationaleatingdisorders.org/screening-tool to screen your teen for an eating disorder.