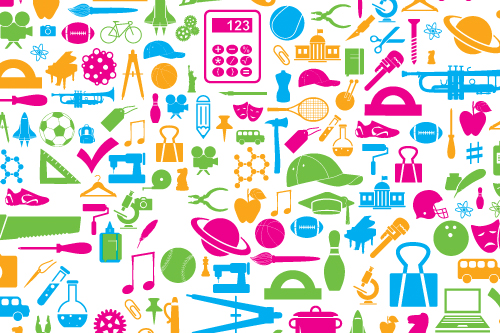 Last August, Governor Chris Christie’s office issued a press release that trumpeted what many regard as Christie’s greatest triumph of his term up until that time: the reform of NJ’s century-old teacher tenure laws. This “sweeping, bipartisan overhaul of the oldest tenure law in the nation,” proclaimed the release, “transforms the existing tenure system to now provide powerful tools to identify effective and ineffective teachers, strengthen the supports available to help all teachers improve their craft, and, for the first time, tie the acquisition, maintenance, and loss of tenure to a teacher’s effectiveness in the classroom.”

For those who follow education and politics in the Garden State, this image of consensus over the hot-button issue of teacher tenure is stunning. One wow factor: a key player on this A-team was none other than the leadership of NJ’s major teacher union, the New Jersey Education Association (NJEA), stalwart supporters of traditional tenure laws.

The state’s top education reformers sang in harmony with staunch defenders of the status quo. The NJ Senate and Assembly passed the bill unanimously and then toasted its architect, Senator Teresa Ruiz of Essex County.

Has NJ’s State Legislature and education community reached a true consensus on contentious issues like tenure, teaching evaluations, charter schools, and school choice? And what does the tenure bill’s successful passage mean for other education-related legislation?

New Jersey was the first state to offer teacher job protection in 1909. Originally formulated as a way to protect teachers from then-rampant nepotism, the system devolved into an onerous, overregulated behemoth that essentially granted lifetime employment, regardless of classroom effectiveness. Did schools evaluate teachers for proficiency? Sure. But the two possible outcomes were “satisfactory” or “unsatisfactory.” Just about everyone got a “satisfactory.” Over the course of ten years, only about 47 out of NJ’s 108,000 teachers were actually fired.

Here’s an example of how difficult it was for districts to revoke tenure: Last year a case made headlines when, to everyone’s surprise, a judge sided with West Windsor-Plainsboro Public Schools in its attempt to dismiss a special-education teacher who had called one of her students a “sick freak” and adorned her classroom with a “Wall of Shame,” which included references to sex, drugs, nudity, racial slurs, and a photo of a black student with the caption “I no speak da English so good.”

It took a full year for the case to run its course, during which the teacher received her full salary. Estimates of legal fees for the school district were reported to run “well into the six digits.”

Yet in 2009 tenure reform still seemed like a long shot. NJEA maintained that, as a spokesman put it, “tenure is not a job for life. It’s a fair dismissal process.” This was in spite of the fact that that same year a bipartisan research and policy group, the National Council on Teacher Quality, criticized NJ’s tenure laws for failing to “connect tenure decisions to evidence of teacher effectiveness.”

With the recession came changes.—>

The recession hit, and with it came the public’s animus towards compensation packages that were out of line with the private sector. The Legislature—under the leadership of big-time unionist Senator Steve Sweeney—passed a hard 2% cap on annual municipal and school-district budget increases, curtailing the customary 4–5% salary increase. Another bill increased public employees’ contributions towards medical  premiums and pensions.

In 2011, NJEA released a tenure reform proposal, one that recognized changing public perceptions as well as political reality. It included adding a fourth year before the acquisition of tenure, implementing a meaningful teacher-evaluation process, and streamlining the dismissal process for ineffective teachers. After endless meetings and hearings, Sen. Ruiz released a version of TEACHNJ, her tenure reform bill, which included some of the union proposals, added some more, and eliminated seniority-based layoffs (also called LIFO, for “last in, first out”).

The elimination of LIFO was a bridge too far, at least for legislators who depend on NJEA’s largesse during campaign season. At the last moment the bill was amended to drop it. New Jersey is now one of only about a dozen states that retain this obsolete provision.

So what does TEACHNJ mean for NJ’s public schools?

In September 2013, instead of the binary satisfactory/unsatisfactory classification system, all school districts will evaluate teachers on a complex rubric that is tied, at least in part, to student academic growth. Teachers will be labeled ineffective, partially effective, effective, or very effective. (Districts may use different terminology; the point is that there are four classifications.)

Teachers will receive tenure after four years, not three, and must maintain rankings of effectiveness.

Districts are obliged to begin tenure revocation after a teacher has two consecutive years of either ineffective or partially effective rankings. Districts are also obliged to offer mentoring and professional development.

Tenure revocation cases will be heard swiftly, with a cap on the amount districts must spend on legal fees.

Is it everything Gov. Christie dreamed of? No. Was the compromise on LIFO painful? Yes.

Nonetheless, we’ll begin the 2013-2014 academic year with a far better system. Teachers will witness a professionalization of their chosen careers and more support from supervisors. And kids and families can know that higher standards will inform classroom instruction.

But don’t expect a quiet year in education politics. The NJ Department of Education just initiated a new accountability system that focuses attention on poor urban districts. The charter school wars continue unabated. Supporters of a voucher bill, called the Opportunity Scholarship Act, remain steadfast. And dreams of beefing up the tenure-reform bill (specifically, eliminating the LIFO provision) dance through a coterie of heads. Game on.

Education commentator Laura Waters is a NJ school board member and author of the blog NJ Left Behind. The views expressed here are her own.

Thoughts? Please weigh in below!