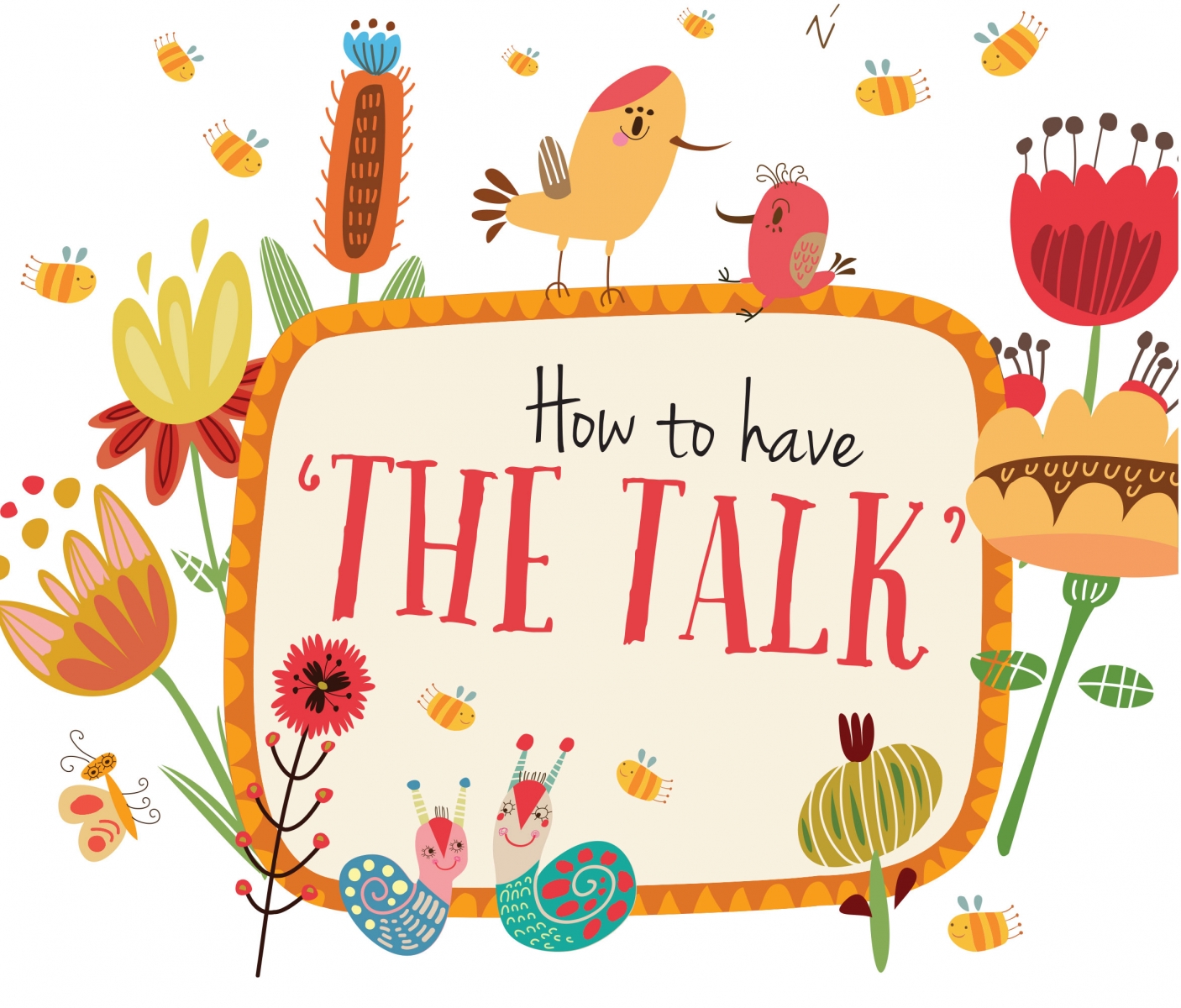 “Mommy, how did I get in your belly?” Karen, a mom of three from Fair Lawn, was caught completely off guard when her 5-year-old daughter asked that dreaded question. “I wasn’t prepared to have to answer these questions at such a young age,” says Karen. Once she recovered from the shock, she said, “You were SO tiny! Like a blueberry! And then you stayed there for a long time, got really big and strong, kicked my belly [and] when you were ready, you came out.” Karen hoped her answer would satisfy her daughter’s curiosity, but her daughter followed up with: “But how did I get in your belly?” Still flustered, Karen told her she’d look it up on the computer and let her know.

Your kids may start asking about the birds and the bees earlier than you think. And while the Centers for Disease Control and Prevention (CDC) says there’s a steep decline in sex and teen pregnancy across the board, it never hurts to be prepared. Here’s advice from experts—and moms who’ve been there—on how to get through it.

GET OVER THE EMBARRASSMENT

Most of us recall the awkward “talk” we had with our parents and consequently swearing to do a better job with our own kids—until the time came and we realized just how hard it was to talk to them about sex.

According to a 2014 Planned Parenthood survey, half of teens feel uncomfortable talking to their parents about sex, compared to a mere 19 percent of parents. So while you may have to warm them up to the convo, experts agree that having the sex talk early and often is vital.

“Providing a safe and nonjudgmental environment for your children to bring up sensitive topics leads to healthy communication and healthy relationships,” says Melanie Tucker, PhD, adjunct professor at Dougherty Family College at the University of St. Thomas in St. Paul, MN and a mother of four.

Plus, the more you talk with your kid, the easier—and more comfortable—it becomes, says Tucker. “If you can talk with your 5-year-old [son] about body parts and where babies come from, it’ll be easier to ask him when he’s a teenager if he’s sexually active.” Remember, the goal is a series of discussions throughout childhood instead of one excruciating conversation. “The ‘sex talk’ is really a multitude of tiny conversations that happen over the years,” says Tucker.

WHEN TO START TALKING

Is age 5 too early to be talking about these things at a high level? Martin A. Finkel, PhD, founder and director of the Child Abuse Research Education and Service Institute (CARES) at Rowan University and a member of the New Jersey Chapter of the American Academy of Pediatrics, says no. “It needs to be reinforced throughout childhood. Every kid is different but I always recommend starting closer to [age] 4,” says Finkel. Over the years, your child will get more comfortable and will be more likely to open up as a teen.

A 2009 study in Pediatrics found that more than 40 percent of teens already had intercourse by the time they spoke to their parents about safe sex, STDs or birth control. If you want to be ahead of the curve, time is truly of the essence.

WHAT SHOULD YOU SAY?

There’s no need to give every detail, especially with young kids. Tucker’s advice: “If the child is young and you don’t know how much knowledge he has, start with basic information, [like] ‘A mommy has an egg in her body and a daddy has a seed. When the seed and the egg get together, it makes a baby in mommy’s belly.’’’ If you get a follow-up question, like, “How do the egg and seed get in mommy’s belly?” Tucker recommends saying something like, “grown-ups have a special kind of love called ‘sex’ or ‘making love,’ and this is how the seed [or] sperm and egg get together.” This will probably satisfy a curious 5- or 6-year-old.

Tucker recommends saying something like men and women’s body parts can fit together so the sperm and egg can meet. If your kid is older and wants to talk about body parts, feel free to use the proper terms (penis and vagina). But tread carefully, says Tucker. “Read your child’s facial expressions to determine if you’re giving the right amount of information.” You may not need to give explicit info when they’re that young. Giving too many details, especially about sex, can be overwhelming to a child.

What’s more, your child may not even be asking what you think he’s asking, says Tucker, who recently had this conversation with her 8-year-old son:

Liam: Mom…what is sex?
Mom: (Gulp!) Sweetie, that’s a good question. Have you heard something about sex lately?
Liam: Yes, at school.
Mom: Okay, what did you hear?
Liam: That sex is if you’re a boy or a girl.

“Clearly my son was asking about gender classifications instead of the act of sex,” says Tucker. “Asking a couple of questions before you provide an answer can save a lot of confusion.”

“If your child asks a question that you aren’t ready to answer, it’s absolutely okay to postpone the discussion for a later time,” says Tucker. She advises saying something like, “That’s a great question and I want us to talk about it. But I need to think about it for a while—can we talk about it after dinner?” This gives you time to research, talk to your spouse, huddle with other parents and figure out what you want to say. But make sure you get back to your child, ideally within a day, says Tucker. “You don’t want your kid to think they did something wrong by asking the question, and you don’t want too much time to pass and both of you [to] forget to have the discussion.”

TRY THIS TO MAKE IT EASIER

One mom we talked to said she finds it easiest to talk to her kids about sex in the car—a tactic Tucker also recommends. “The car is a great place for a sex (or any) conversation, because you have everyone’s attention and the kids can’t run to their rooms,” says Tucker. Bonus? No eye contact.

When all else fails, just start talking, says Tucker. “When I [approach] the subject of sex with my older boys, their first comment is usually, ‘Oh God.’ But I forge on anyway,” she says.

WHEN IT’S ALL OVER

“For many of us, the inclination is to finish these sensitive conversations as quickly as possible and move on with our day,” says Tucker, but it’s important to stick with it. After you talk, she suggests asking if you answered her question. “Often [kids] will be fine with your initial answer and change the conversation on their own, only to bring up the subject a day or so later. Your child will process the information at [his] own rate,” says Tucker.

The bottom line: Start these discussions early and make them a regular thing—just like you remind your kid to brush his teeth and wear his seatbelt again and again, “you can’t tell a child [something] one time and expect to have the message delivered clearly,” says Finkel.

So, take a deep breath and start talking!

Patricia Curtis is a writer and mom of three who plans on using the information in this article when her own kids start asking questions.