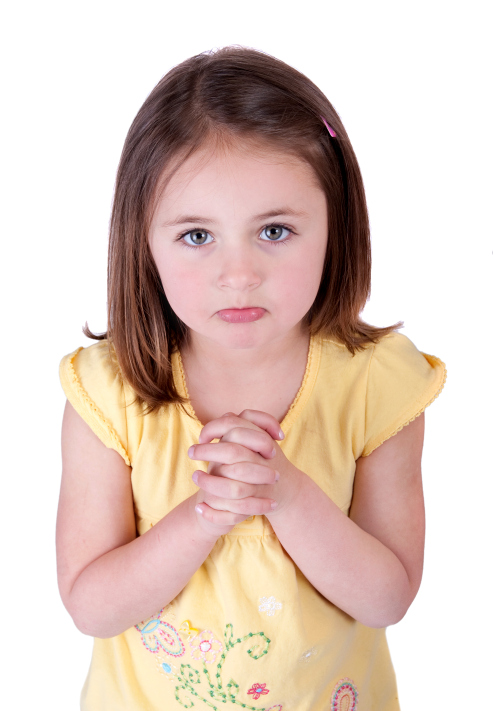 I have a friend—let’s call her, um, Raquel—who promised her three-year-old daughter a puppy when she turned 10. At the time, it seemed like a reasonable promise: Raquel, herself, had always wanted a dog as a child. And besides, when her daughter turned 10 (eons away!), she’d be able to help take care of the dog. Right?

Fast forward a few years. Raquel, once a stay-at-home mom, now worked in the city, leaving the house at 8 am and returning around 6:30. Her husband was on a similar schedule. And the family went on frequent overnights to Raquel’s and her husband’s family, who all live about two hours away. Suddenly, having a dog seemed to Raquel less like the realization of a childhood dream and more like a grownup nightmare. Raquel knew a dog no longer fit into their lives… but how to tell her daughter, who literally counted the days until she could get a canine companion? Should she get the dog anyway, to keep her promise? If she broke her promise, would her daughter ever be able to trust anyone ever again?

I asked these questions to Cindy Sobel, who’s been working with children, families, teachers, and administrators in the fields of education and early childhood for over 30 years and currently serves as Coordinator of Professional Development and Technical Assistance for the Bergen County Office for Children. I’ll call her Aunt Cindy because, well, she actually is my aunt. She’s been giving me parenting advice for almost a decade, and I looked forward to hearing her thoughts on this all-too-common conundrum. So whether you promised your kids a puppy or a trip to Chuck E. Cheese and have to renege, here’s some advice on the fine art of breaking a promise.

There's more on the next page. We promise! —>

According to Aunt Cindy, no matter how sure you are something is going to happen, “never make promises, because life circumstances change.”

How to avoid it? Let’s say your child begs you to take her for pizza after religious school. For whatever reason, you can’t. To mollify her (and because you are planning on its being the truth), you are tempted to say, “We can’t go today, but I promise to take you next week.” Instead, try something like, “It can’t happen today, but, as things stand now, I can take you next week.” If she says, “Do you promise you’ll take me next week?” you can respond with, “I’m going to do my best, but remember things can change, and I will let you know.” If she continues to press, you can say, “Asked and answered” (as recommended in this post) and attempt to change the subject. She might be confused and upset the first time you change the language, but after a few instances, she’ll adjust to your new way of speaking and know just what you mean.

First, make sure your promise breaking isn’t a habit. If it truly is an isolated incident, be honest with your child. Here are some things you might say to her:

“When I made that promise, I made a mistake. I hadn’t thought it through.”

“I promised you at another time and place when I believed that to be true.”

“It wasn’t a lie—it was a judgment I made at one point in time, and I was wrong.”

Then you should say that although you can’t come through on your promise, what you can do is help her deal with her disappointment.

Should You Help Them Deal with Their Disappointment by Going Bigger and Better Next Time?

Let’s say you promised to take your kids roller skating over the weekend, but then get unexpectedly called in to work and can’t do it. You say to your child, “I’m so sorry. When I made that promise, I was sure I wouldn’t have to work over the weekend, but, unfortunately, that has changed.” To help her deal with her disappointment, should you then say, “To make it up to you, I will not only take you next weekend, but I’ll also take one or two of your friends, and we can all go to the ice cream parlor and get banana splits after”?

Absolutely not, says Aunt Cindy. You don’t want to create a system whereby your child gets rewarded based on guilt, the gift that keeps on giving.

You also don’t want to create a monster who exploits other people’s guilt. (We’ve all met those people….)

So suppose you do an honest self-assessment and see that you are a semi-habitual promise breaker: More than once, you promise your child you’ll be home from work in time to tuck her into bed and have every intention of doing so…. but you wrap up your project a little later than planned and get to the train station in what you think is just in time, but you end up missing the express. You have to wait 30 minutes for the local, which means you’ll never get home on time…. And will have to explain that to your kid.

Here’s what you could do: Tell your child that, while you’ll still make every effort to get home in time, you’re just not going to make that promise anymore because there are too many factors out of your control. Then, together, find a way that you can help her deal with her disappointment when it’s lights out and you’re still not there. When this happened with my daughter and me (come on, you knew it was me), we decided that when I did get home, I’d give her a kiss while she was sleeping and slip a note under her pillow that said something simple like, “I was so happy to see you when I got home—even though you were asleep! I love you.” Or, “I missed you today. Let’s have blueberry waffles for breakfast.” (Important: blueberry waffles weren’t a treat, but rather something we often had together). Knowing she’d find something under her pillow the next day—and that I was thinking of her even though I couldn’t tuck her in—helped ease her disappointment.

Should You Move Heaven and Earth to Keep Your Promise?

If you promised to take the kids to Chuck E. Cheese over the weekend but then see it’s raining out, think of all your household chores, and just don’t want to do it anymore, suck it up, grab an umbrella, and do the chores later. But let’s take the case of Raquel, who promised her daughter a dog when she turned 10. Even though a dog would no longer fit into their lifestyle, should she get the pet anyway—hire a dog sitter during the week, put the dog in the kennel when they went away, etc.—since she promised? Aunt Cindy says no. Though it’ll be difficult, the experience will help teach the daughter an important life lesson: Nothing is a given; what was right at one point in time might not be right now; and when things don’t go your way, you have to deal with your disappointment and adapt.

So whatever happened to Raquel and her family? They got a cat.