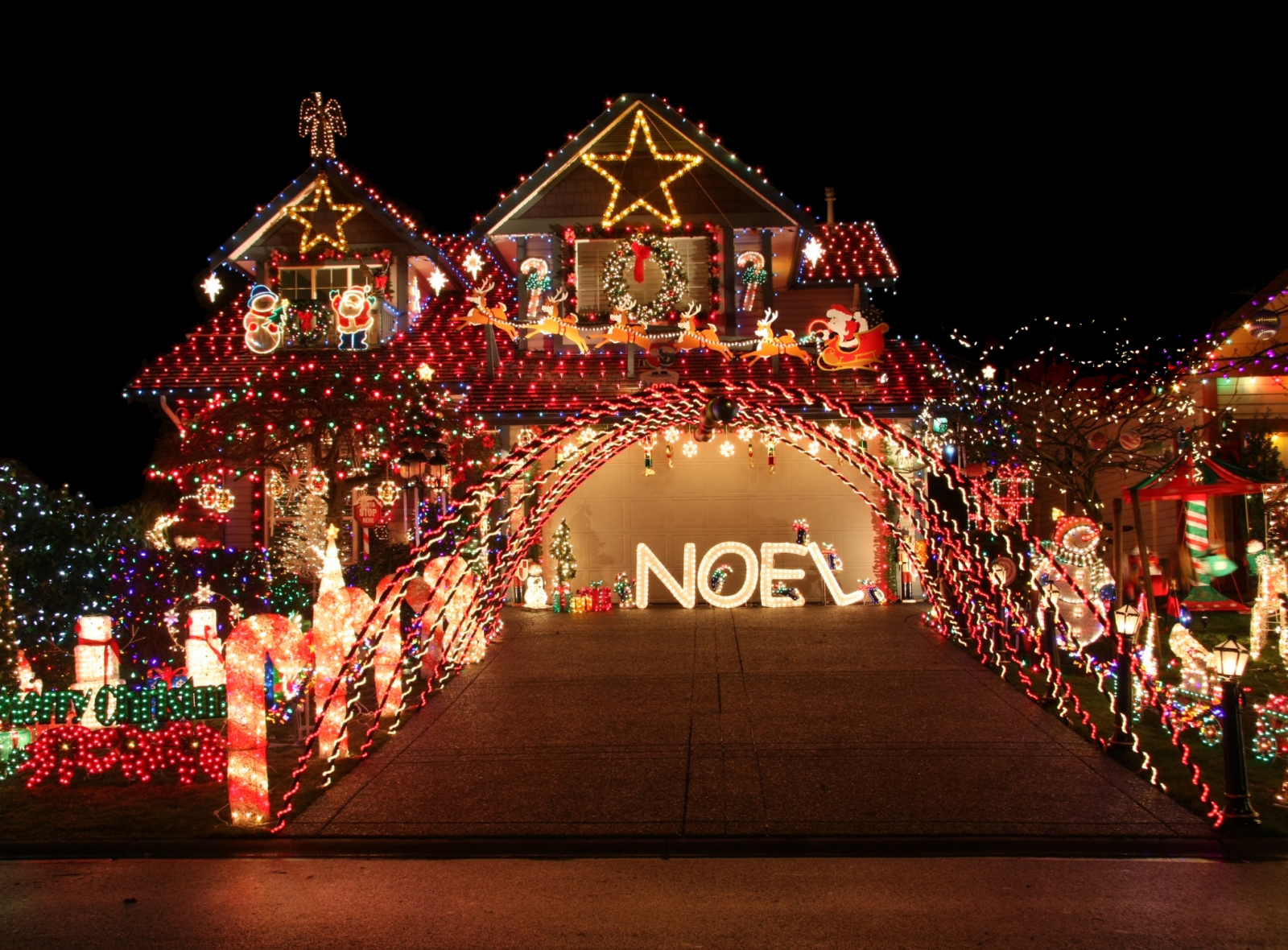 There they are. Across the street. Those are my neighbors. Their angelic presence and sophisticated decorating style makes me crazy jealous of them. Especially during the holidays—that’s when they pull out all the stops. And even though I have no business participating in this war they know nothing about, I still try to win.

So far it isn’t looking good for me.

Today as I was vacuuming the dust off of my old plastic tree, I noticed them decorating their freshly cut, 20-foot Scotch Pine. Why can’t they just shut their front curtains so I don’t have to see these things?! I didn’t  have much time to glare because synthetic needles started melting inside my Dyson, and I flung my vacuum out the front door. This allowed me a much better vantage point from which to covet their glorious conifer. Boy, was it a beaut!

As darkness fell, I plugged in my tree impersonator and admired the millions of blinking, multicolored lights. What a sight to behold. Until it wasn’t. You see, I was suddenly distracted by the magical radiance coming from THEIR house. Was that the faint sound of angels gently weeping I heard, or was that just me?

Mesmerized by the tranquil visage before me, I heard a commotion coming from the direction of my house. Turns out my rapidly blinking rainbow lights caused my other neighbor, Mr. Gustafson, to have a seizure in my driveway.

By the time the paramedics arrived, the entire neighborhood was camped out on my front lawn. It was here where my nemesis invited me over for a mug of hot cocoa. (I told you she was flawless.) Faster than a flying reindeer I said yes to her invitation because this, quite possibly, might be my only chance to see inside that miracle manse of hers. Let me tell ya’, it did NOT disappoint. From the hand-embroidered velvet stockings hung on the mantle, to the crackling fire, to the intoxicating smell of Yankee candles mixed with fresh pine—this is what Heaven wants to be like.

Even her little dog was fashionable, all decked out in his custom-made herringbone sweater. The sweater that was WAY nicer than any one I owned. Yup, I was now jealous of Mr. Barkington III. A beagle! What have I become?

After an hour of polite conversation, I had to admit she was, indeed, lovely. In fact, by the time I left, I actually couldn’t even force myself to hate her anymore. That would be like hating candy canes and cinnamon. Therefore, I raised the white flag in this, my delusional war, and surrendered. So I decided to turn it all around and start looking at her as an inspiration. Like Pinterest, but alive. And maybe, just maybe, I could make my own home more Christmassy? Consequently, I went straight to work.

To cover up the burnt plastic odor, I sprinkled Pine-Sol on my living room carpet. Hello fresh tree smell! I also put those LED faux candles in each bedroom window before immediately taking them down. The intense brightness brought far too much attention to my dirty panes.

After that, I hucked one of those lighted webs over a shrub and even wrestled a string of lights onto our dead tree. Even though it’s now painfully obvious where I threw my arms up in defeat (branch #2), it doesn’t look entirely offensive. And so what if I’m not an awesome decorator like my neighbor—I bet there are things I do that make her jealous. I have no idea what they could possibly be, but it’s possible.

For now, I’ll just admire her lovely home from over here. Here in my dark living room.

Jane Suter is one funny mom. Check out more essays at njfamily.com/jane.