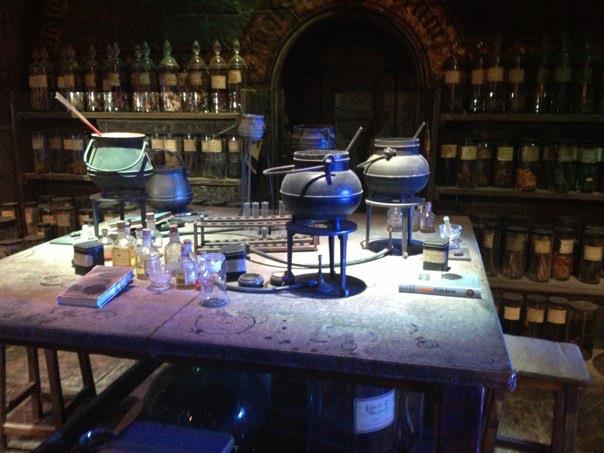 Muggles, prepare yourself, you don’t need floo powder to visit Diagon Alley—well, for a day, at least. On Saturday, November 25, Spring St. in Newton will transfigure itself into Diagon Alley, the quirky marketplace from J.K. Rowling’s Harry Potter series.

Spring Circle, a group of four Newton businesses, has organized the event, which will include about 25 shops in Newton’s main business district. But it’s not just about the shopping and selfies, you and your little ones can participate in themed activities like getting sorted into one of Hogwarts’ four houses, taking quidditch lessons or trying your hands at potion making. (No worries, Professor Snape won’t be looking over your shoulder.)

Newton businesses will turn their stores into those from the series: ReCollectables into Weasleys’ Wizard Wheezes, The Barrel House into the Leaky Cauldron (try the butterbeer!), Between the Bread into the Great Hall, Charcoal Moons into Ollivanders and more.

The magical festivities will begin after the town’s annual holiday parade, which makes the trip to Newton a day well-spent. (Or, if you have a time-turner, a never-ending festival of fun!) 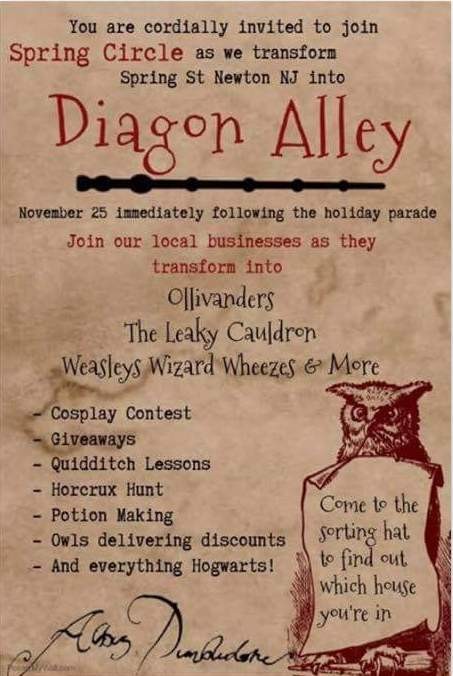