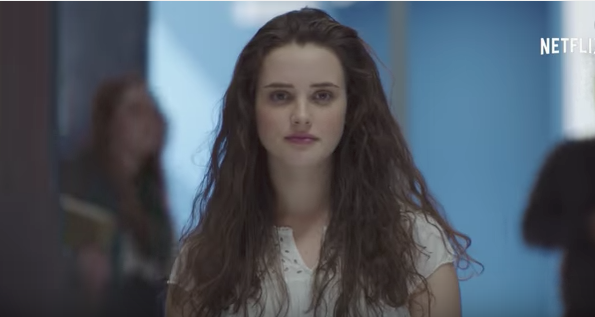 It’s been a little more than a month since 13 Reasons Why, a teen drama about a high school girl who commits suicide, premiered on Netflix but the conversation and controversy over the series shows no signs of waning.

The fictional 13-episode series is based on the best-selling 2007 novel about a teenage girl named Hannah who kills herself, leaving behind 13 cassette tapes for the people she singled out as responsible for her suicide. The show takes a graphic approach to suicide, cyber-bullying and rape.

While 13 Reasons Why has been the subject of critical acclaim by TV critics (and has generated some 11 million tweets since March 30), it’s also left parents worrying about copycat behavior.  Parents, teachers and psychologists are asking whether teens would know how to handle the real-life situation death of a classmate? Do they have the resilience to deal with bullying? Can they cope with depression without going to extremes?

Some New Jersey schools are taking matters into their own hands. Montclair, Clifton and Westfield are among the districts that tackled the show’s themes head-on when they sent letters home to parents warning them of the series’ graphic nature. Suicide advocacy groups across the US are warning parents that the show may sensationalize suicide and potentially lead to more copycat incidents. According to the US Centers for Disease Control and Prevention (CDC), suicide is the second leading cause of death for people between ages 15–34.

Amie Wolf-Mehlman, PhD, a psychologist in Montclair, worries the series could have lasting harmful effects. “I could imagine teenage girls especially feeling a stronger urge to hurt themselves,” she says. “The show makes suicide appealing because it seems like ‘everyone cares’ after she does it.”

Have a teen who watched the show? Wolf-Mehlman recommends parents watch the show from start to finish themselves and begin a conversation about its themes using open-ended questions. Wolf-Mehlman suggests starting with these questions:

1. How did you feel watching it?

2. Have you ever had feelings like Hannah or any other characters?

3. Do you harbor any guilt about how you’ve treated classmates?

4. Who do you talk to when you’re feeling down?

5. Do you ever feel the need to talk to someone?

Most of all, it’s important to have a non-judgmental conversation. “Parents should be careful when they talk to their children and make sure not to be judgmental,” she advises. “They should be responsive and make sure their kids see a professional if they’re having troubling thoughts.”