How to Simplify Busy Weeknight Dinners 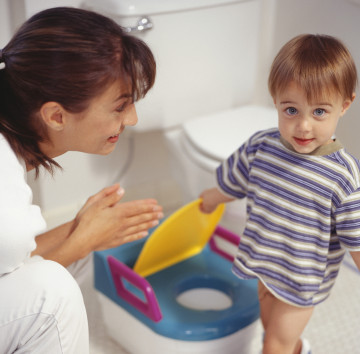 Encouragement and praise can come in many forms, and some ways are better for child development than others.

Researchers at the University of Chicago and Stanford University who studied mother-child interactions over the course of several years found that the type of praise children receive affects their attitudes toward challenges later in life.

Specifically, praise that came with feedback about their behavior and the choices that toddlers made helped them to cope better with difficult experiences five years later, compared with compliments that focused more on the child himself, like “You’re a good boy.” The study, which appears in the journal Child Development, is the first major study of praise and childhood development done outside of a lab setting.

“This is something we suspected would be the case based on a lot of experimental research, and it’s exciting to see it play out in the real world,” says Elizabeth Gunderson, an assistant professor of psychology at Temple University, in Philadelphia, who led the study while at the University of Chicago. “Praising the efforts, actions and work of the kid is going to be more beneficial in their long-term persistence and [desire] to be challenged and work hard in the future.”

Such “process praise” includes comments such as “You worked really hard” or “You’re doing a great job,” which emphasize the child’s actions. “Person praise” includes comments like “You’re so smart” or “You’re so good,” which focus on a child’s inherent qualities. These distinctions aren’t new in the field of psychology, but exactly how they affect children’s development over the years hasn’t always been clear.

As part of the study, researchers visited the homes of more than 50 toddlers between the ages of 1 and 3 years old, and filmed their daily interactions with their parents during multiple 90-minute sessions. Five years later, the researchers followed up with the families, using questionnaires to measure the children’s attitudes toward challenges and problem solving. The children who grew up with more process praise were more open to challenge, and were able to identify more ways of overcoming difficult problems. They were also more likely to say that they could improve their intelligence with hard work. While person praise didn’t seem to have any negative effect on the children, the study suggests that process praise teaches children that their talents and abilities can be developed and improved, while person praise sends the message that their abilities are fixed and therefore not easily altered.