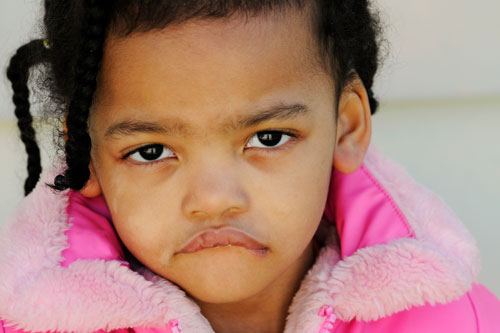 Have you ever heard of the saying Blue Monday? It's a belief, which originally began as a travel agency's PR campaign, that the third Monday in January is the most depressing day of the whole year. This year, Blue Monday is January 23*.

Why is this day deemed the saddest of the whole year? Here's a formula explaining how they came up with Blue Monday:

This formula is based on these inputs: weather=W, debt=D, time since Christmas=T, time since failing our new year’s resolutions=Q, low motivational levels=M, and the feeling of a need to take action=Na.

Hmm. I guess it makes a good point. I think there's some truth to the idea that with a wide expanse of winter still ahead, and Christmas far behind, it is sometimes hard to stay upbeat this time of year

Luckily, there are tips to help make 2012 a happy one. Check out 15 Things I Learned from My Nervous Breakdown & How They Can Help You in 2012, which has a lot of important lessons, including #1: "You have to choose and prioritize happiness—it doesn't just happen."

And for even more happiness ideas, check out The Happiness Project by Gretchen Rubin, where she shares insights on how to be happier as well as her personal adventures everyday in pursuit of happiness.

* In 2012, Blue Monday will fall on January 23rd, which is the last full week of January (again some confusion caused with belief it falls on January 16th, but this cannot be the case as January still has 15 days remaining, meaning there is more than one whole week the following Monday). Source: Wikipedia

What do you think? And even if you don't agree that Blue Monday is the most depressing day of the year, do you have any tips for staying happy during the grey winter days? Comment below!