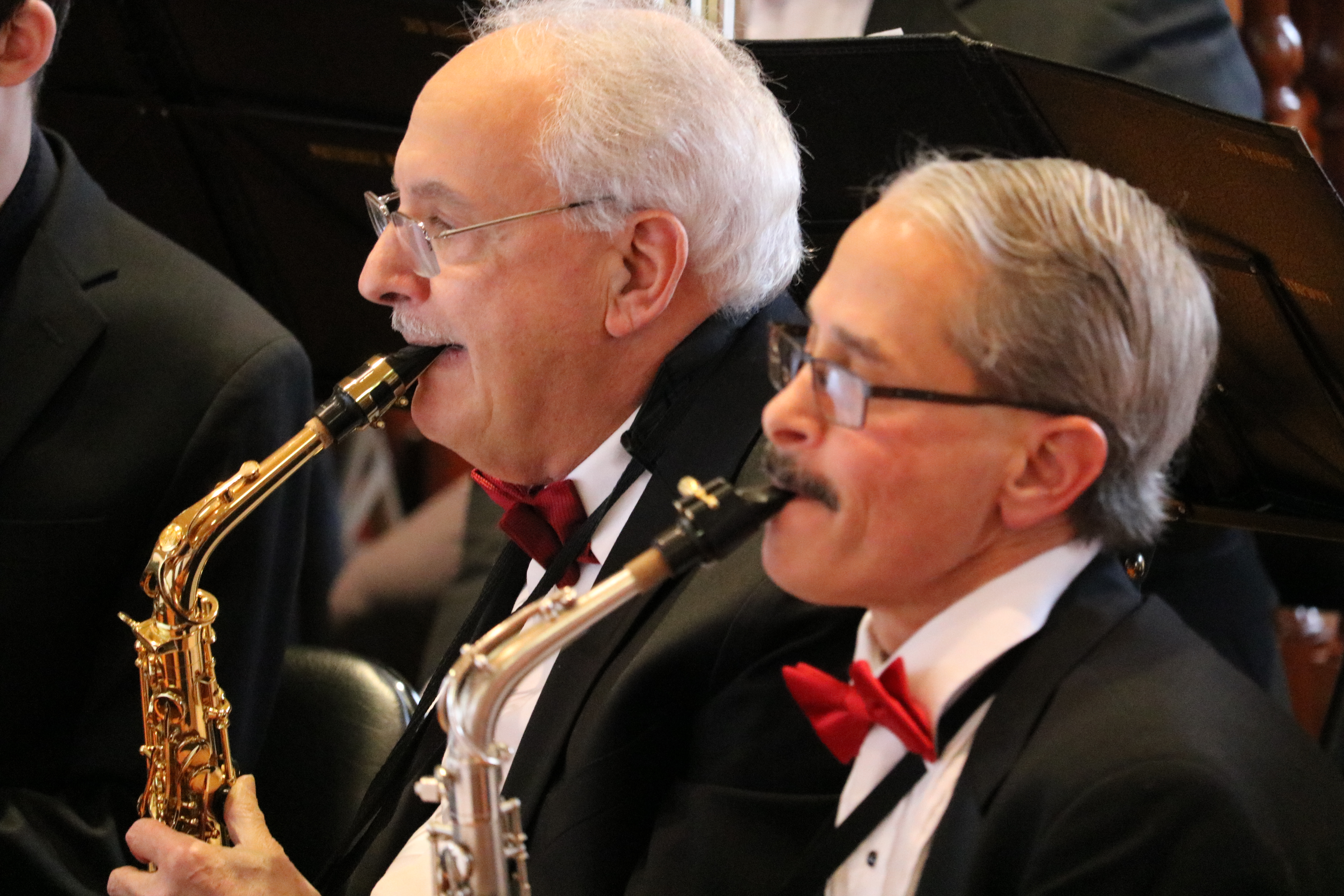 The Whitehouse Wind Symphony, a community band under the direction of Branchburg resident James P. Sheeley, Jr., will present a free concert on Saturday, May 11th at 3:00pm at St. John’s Episcopal Church in Somerville, NJ.  The concert program is entitled “Celebrating Concert Band Classics” and include selections such as: “First Suite in E♭” by Gustav Holst, “The Trombone King” by Karl King, “S’Wonderful” by George Gershwin, an arrangement of selections from “Carmina Burana” by Carl Orff, and an arrangement of “El Camino Real” by Alfred Reed.

The band will also perform the “Greater Clarksburg March” by Virgil Bork.  This march was written by the grandfather of the band’s founder and conductor emeritus, Casey Bork.  In 2018, composer-in-residence Chris W. Johnson published a special engraving of this march, and in 2018 it was named the official march of the Whitehouse Wind Symphony.

The concert is free and open to the general public, although donations will be accepted to benefit the band, a non-profit group comprised entirely of volunteer musicians.  Large print programs are available upon request, and the church is handicapped accessible.

The Whitehouse Wind Symphony was founded in 1996.  It is dedicated to presenting the best in all varieties of wind band literature.  Since its founding, the band has grown rapidly, attracting experienced musicians as regular members from all over New Jersey, as well as New York City and eastern Pennsylvania. It is now comprised of approximately 50 amateur and professional musicians who perform together regularly to enthusiastic audiences throughout central and northern New Jersey.  It was recently named a finalist in the 2019 Hunterdon Happening List in the category of favorite musician/band.  For more information, including information about future performances, please send an email to whitehousewindsymphony@gmail.com.  You can also visit the band’s website (whitehousewindsymphony.org) and Facebook page (facebook.com/whitehousewind).

Funding has been made possible in part by the New Jersey State Council on the Arts/Department of State, a Partner Agency of the National Endowment for the Arts, through funds administered by the Hunterdon County Cultural & Heritage Commission.

Bach to Rock Nanuet to Re-Open!