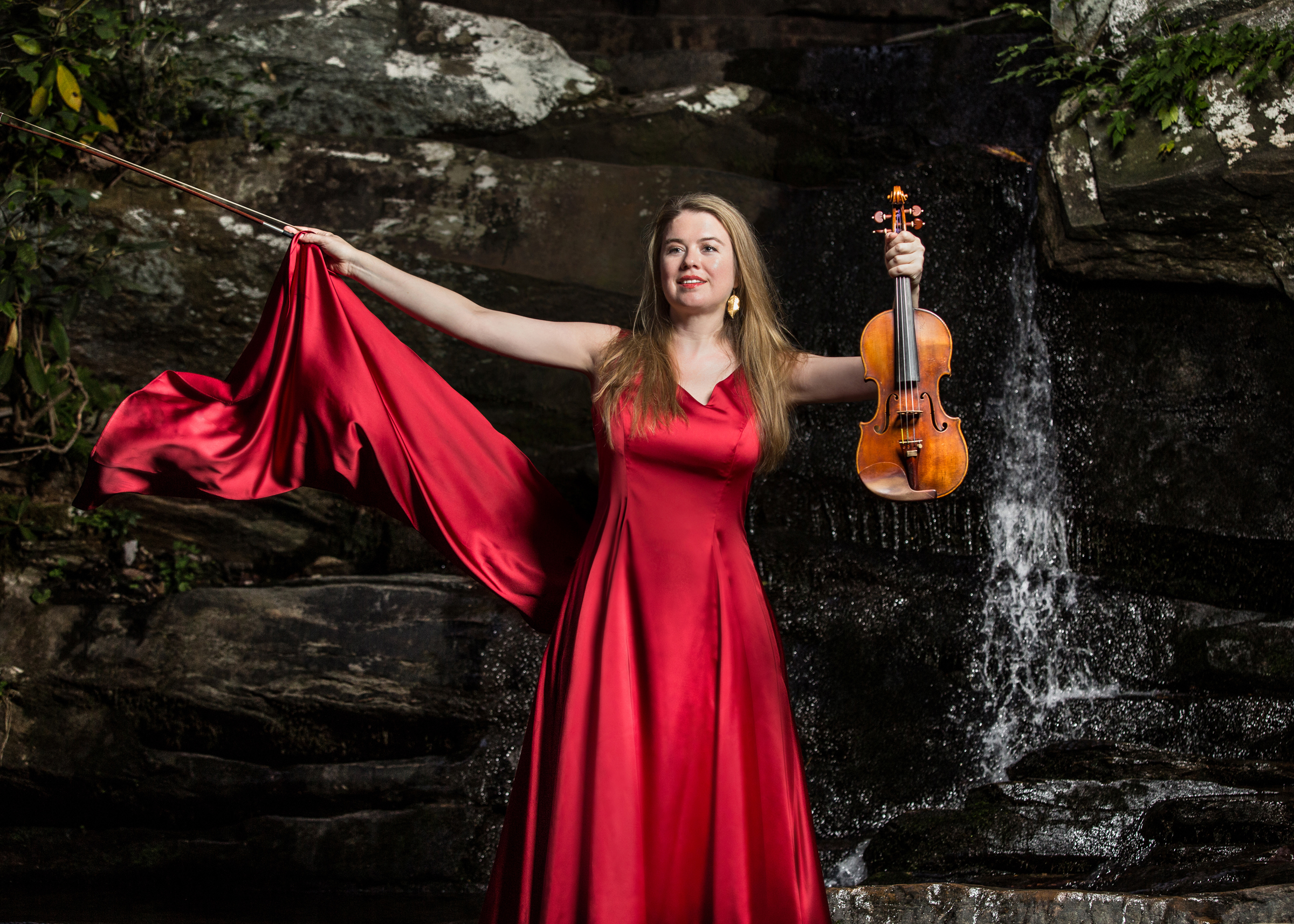 Violin virtuoso Lara St. John is the featured artist in this year’s second Steeple Concert at St. Paul’s Episcopal Church in Westfield.  She will be joined by classically trained jazz pianist Matt Herskowitz. The general public is cordially invited to attend and enjoy the music of this outstanding duo on Sunday, November 17 at 5 p.m. at St. Paul’s.

Lara St. John, a violin prodigy since the age of two, is known for her interest in the folk and traditional music of  Eastern Europe.  She is renowned world-wide for the original musical spin that she and her violin put on songs from Russia, Macedonia, Serbia, Greece and the Jewish Diaspora.  Of particular fascination to Ms. St. John is Romani (Gypsy) music, found typically in Hungary and Romania.  Her voluptuous interpretations of Romani songs have thrilled audiences throughout the world.   No less interest is expected on Sunday, November 17 in Westfield at St. Paul’s.

Ms. St. John is also celebrated for her prodigious performances of music by J.S. Bach, Mozart, Beethoven, Vivaldi and Schubert, among others.  Dubbed a “high-powered soloist” by the New York Times, she has performed with major philharmonic orchestras on five continents.  She is the recipient of many prestigious awards.  For example, her album, “Bach: The Six Sonatas and Partitas, music for solo violin,” was the best-selling double album on iTunes in 2007.

Pianist, composer, and arranger Matt Herskowitz is a graduate of the Juilliard School (New York).  Both he and Ms. St. John are also graduates of the Curtis Institute of Music (Philadelphia). “His work combines the superlative technique of a classical virtuoso with prowess in jazz, world music and free improvisation.”  Like St. John, he is an imaginative, proficient, prodigious solo and collaborative performer and recording artist who has put his musical stamp on the works of  many composers, including Gershwin, Schumann, Dave Brubeck (who praised him) and J.S. Bach..  His interest in Eastern European, Jewish and Arabic folk and traditional music aligns existentially with St. John’s and has served as a catalyst to their joint development of fresh, inspired musical ideas, rhythms and overlays that feed on a hybrid classical/jazz vibe.

On November 17, St. John will perform a varied program of traditional, classical and folk-inspired music, with Matt Herskowitz at the piano.  She performs on the “Salabue” violin made in Turin, Italy by Giovanni Guadagnini in 1779.