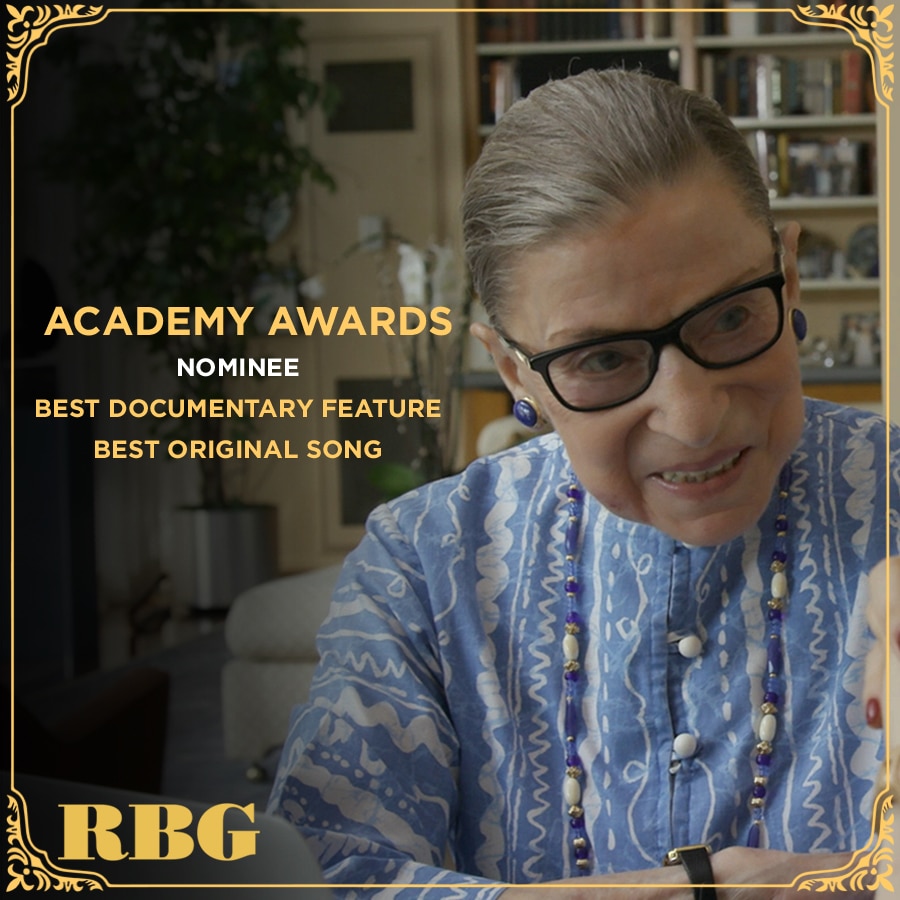 Celebrate the life and legacy of Ruth Bader Ginsburg with the critically-acclaimed documentary, RBG! Including an added feature, an interview with the film’s directors, Betsy West and Julie Cohen.

During her lifetime, the late U.S. Supreme Court Justice Ruth Bader Ginsburg—who passed recently at the age of 87—developed a lengthy legal legacy while becoming an unexpected pop culture icon. But the unique personal journey of her rise to the nation's highest court was largely unknown, even to some of her biggest fans—until the release of the critically acclaimed documentary RBG. RBG explores Ginsburg's life and career.  From Betsy West and Julie Cohen, and co-produced by Storyville Films and CNN Films.

To buy the documentary, it is a one-time cost of $6.99. All proceeds will be donated to the ACLU Women’s Rights Project, which was co-founded by Justice Ginsburg in 1972.