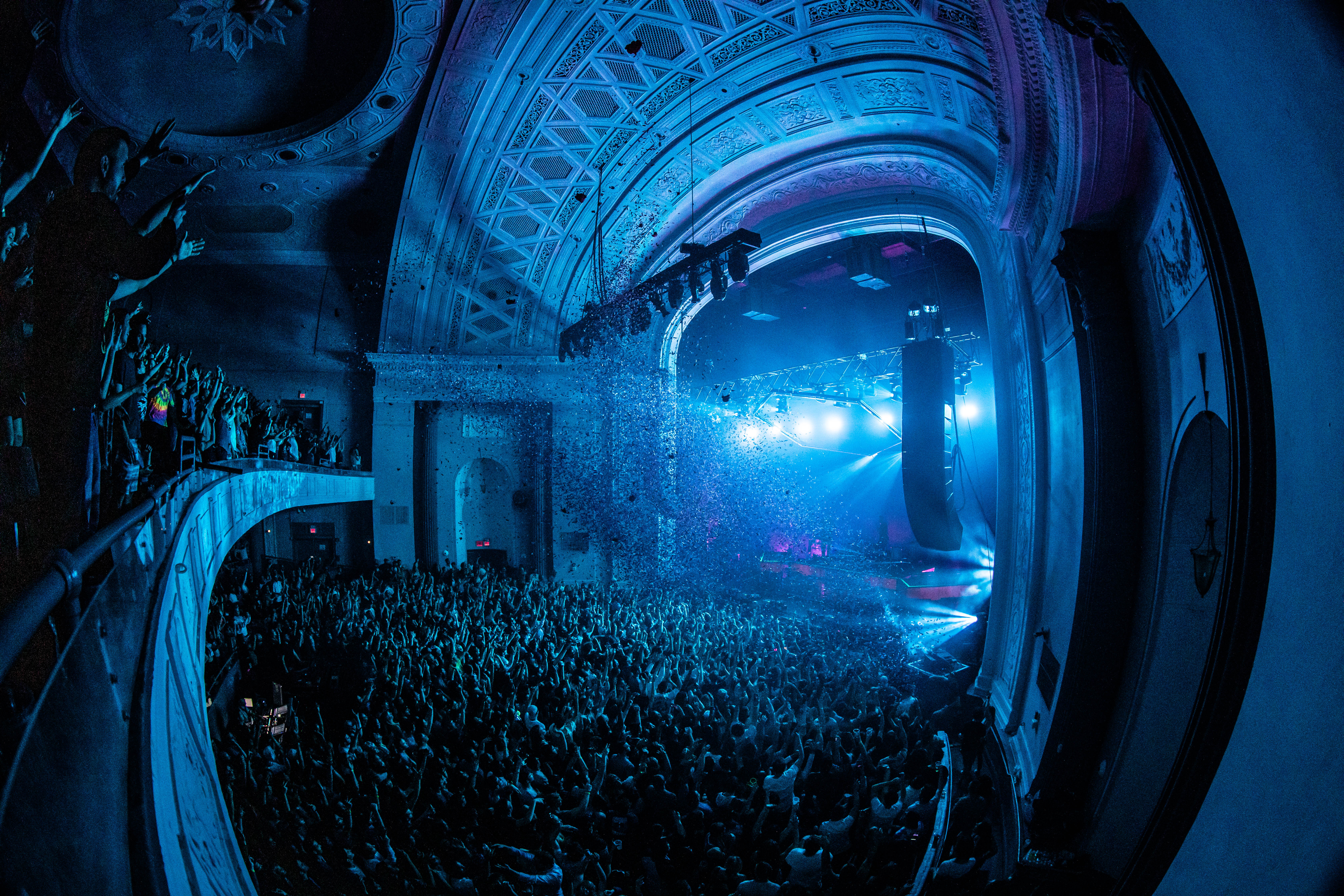 Ready to ring in the New Year with North Jersey’s premier live entertainment venue? The Wellmont Theater will be hosting famed Grateful Dead tribute band, Dark Star Orchestra, for its two-day New Year’s Extravaganza, Dec. 30-31 in Montclair, with showtimes at 8 p.m. and doors at 7.

Playing to decades of acclaim, Dark Star Orchestra offers more than the sound of The Dead, they truly encapsulate the energy and experience. On New Year’s Eve, the DSO show will also feature holiday décor and an exciting balloon drop.

At any DSO show, it’s about a sense of familiarity; it’s about a feeling that immediately grabs listeners or a contagious energy. The fan experience is unrivaled and continues to excite Deadheads around the country. This will be magnified as the band ushers in the New Year in North Jersey.

The band, which has performed to critical acclaim for more than 20 years and 2,600 shows, continues the Grateful Dead legacy – with shows built off the Dead’s extensive catalog. The band will perform sets from The Dead’s 30-year songbook, allowing fans both young and old to share in the experience. Dark Star offers a continually evolving artistic outlet within this musical canon.

“For us it’s a chance to recreate some of the magic that was created over the years,” rhythm guitarist and vocalist Rob Eaton explains. “We offer a sort of a historical perspective at what it might have been like to go to a show in 1985, 1978 or whenever. Even for Deadheads who can say they’ve been to a hundred shows in the ’90s, we offer something they never got to see live.”

In addition to appearing at some of the nation’s top festivals, Dark Star Orchestra also hosts its own annual music festival, called the “Dark Star Jubilee,” currently in its sixth year, where DSO headlines all three nights and is joined by a mix of established and up-and-coming national touring acts.

For more information on Dark Star Orchestra’s two-day stint at the Wellmont, head to: https://wellmonttheater.com/shows/dark-star-orchestra-3-2/.