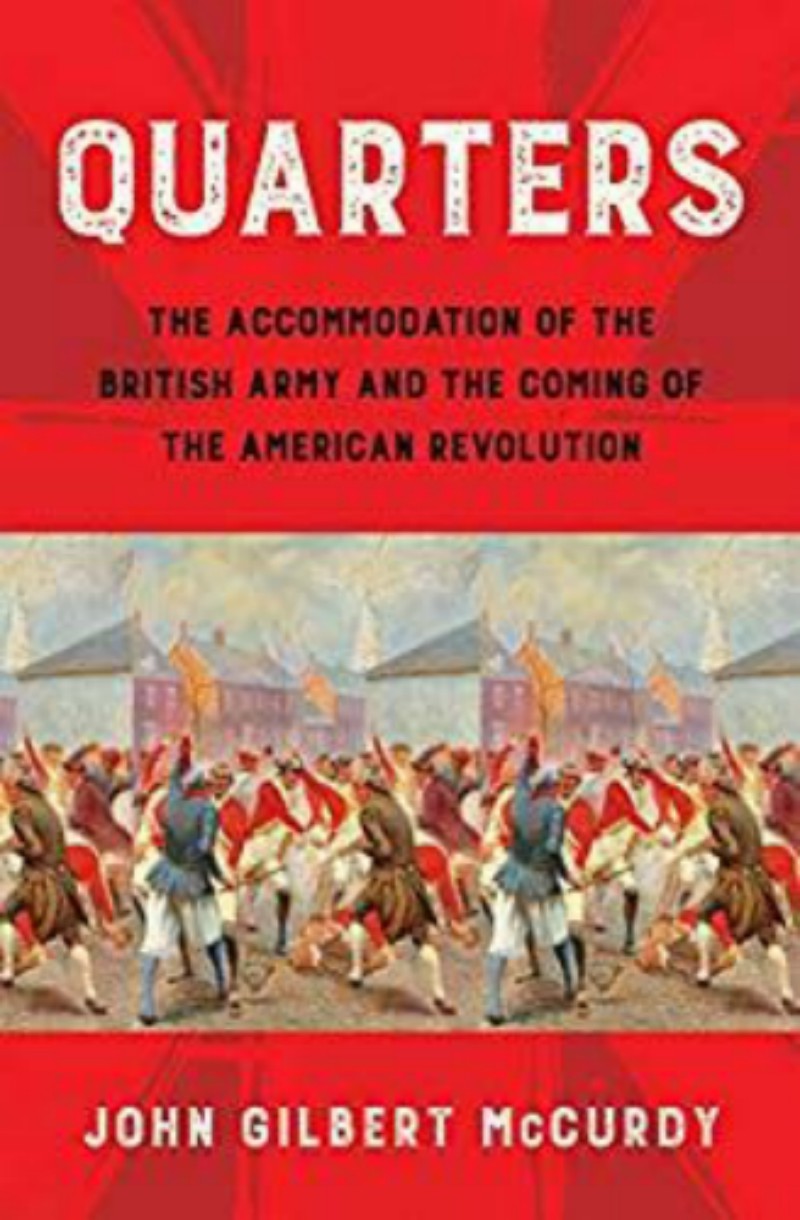 Quarters: The Accommodation of the British Army and the Coming of the American Revolution, John Gilbert McCurdy

When Americans declared independence in 1776, they cited King George III "for quartering large bodies of armed troops among us." In Quarters, John Gilbert McCurdy explores the social and political history behind the charge, offering an authoritative account of the housing of British soldiers in America. Providing new interpretations and analysis of the Quartering Act of 1765, McCurdy sheds light on a misunderstood aspect of the American Revolution.

Quarters unearths the vivid debate in eighteenth-century America over the meaning of place. It asks why the previously uncontroversial act of accommodating soldiers in one's house became an unconstitutional act. In so doing, Quarters reveals new dimensions of the origins of Americans' right to privacy. It also traces the transformation of military geography in the lead up to independence, asking how barracks changed cities and how attempts to reorder the empire and the borderland led the colonists to imagine a new nation.

Quarters emphatically refutes the idea that the Quartering Act forced British soldiers in colonial houses, demonstrates the effectiveness of the Quartering Act at generating revenue, and examines aspects of the law long ignored, such as its application in the backcountry and its role in shaping Canadian provinces.

Above all, Quarters argues that the lessons of accommodating British troops outlasted the Revolutionary War, profoundly affecting American notions of place. McCurdy shows that the Quartering Act had significant ramifications, codified in the Third Amendment, for contemporary ideas of the home as a place of domestic privacy, the city as a place without troops, and a nation with a civilian-led military.

The Old Barracks is pleased to host lectures and discussions

by leading historians and authors on a variety of subjects

sponsored by the Society of Sons of the Revolution in the State of New Jersey.

Lectures are free to attend, and pre-orders for books are encouraged.