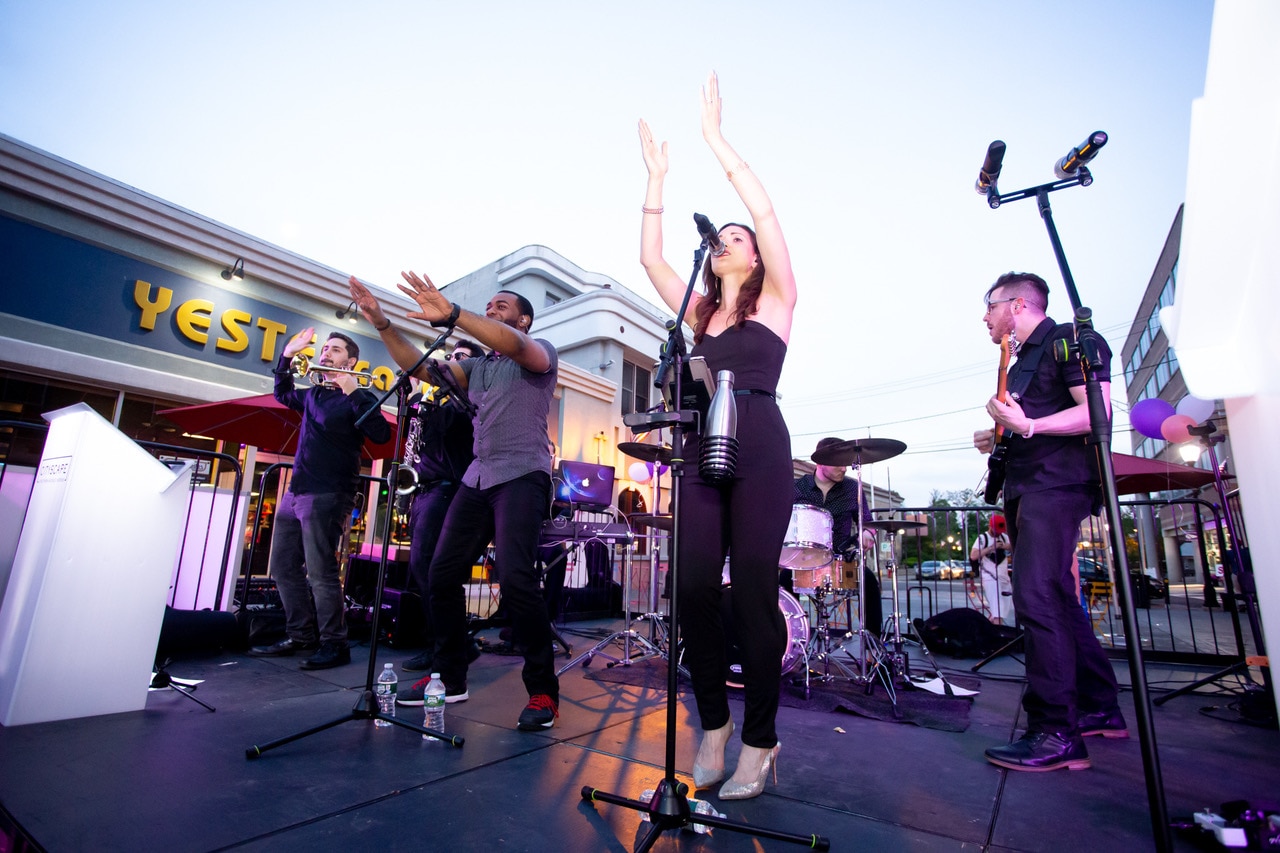 This event occurs weekly, on Saturdays

Photo Caption (photos attached): Live entertainment – a staple of Division Street that has become synonymous with summer in Somerville returns this weekend to the pedestrian plaza at 6:00 pm. Photographed are Cityscape and the Park Avenue Horns, who played Division Street in 2019 during Girls’ Night Out. (photo courtesy of the Downtown Somerville Alliance)

“Summer Stage has really become a staple of the season in Somerville,” said Natalie Pineiro, Executive Director of the Downtown Somerville Alliance. “We’re happy that despite the challenges brought forth by COVID-19 we’ve found a way to bring the music back to Division St.”

This year’s lineup consists of:

The weekly series has been existence for several years and is sponsored by the Downtown Somerville Alliance with support from local non-profit Arts on Division.