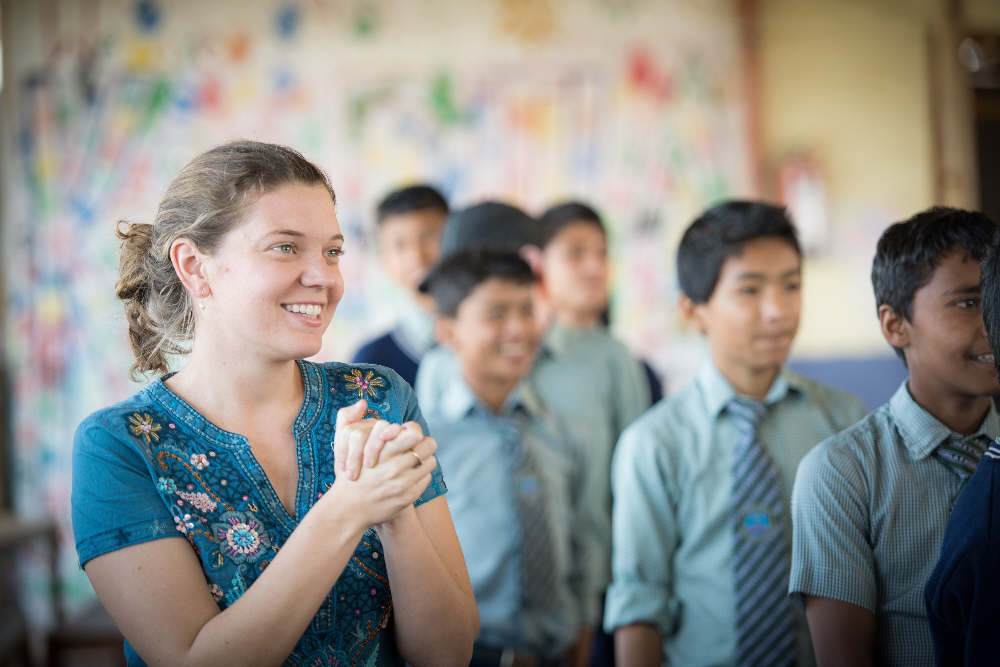 A Mendham woman recognized worldwide for opening an orphanage and school in war-torn Nepal when she was only 21 years old will speak at Oak Knoll School of the Holy Child next month.

CNN Hero Maggie Doyne, who previously inspired the Oak Knoll community with her philanthropic story in 2015, will return to share her story on November 5, 2019, at 11:30 a.m. at the school’s campus in Summit.

Doyne’s efforts to build what would become the Kopila Valley Children’s Home began during a visit to the South Asian country where she had a chance meeting with a 6-year-old child.

Doyne was inspired by the child, who was breaking stones in a riverbed to earn money for her family who were living in abject poverty. Doyne, who had only recently graduated high school, decided that she would find a way to pay for that little girl’s education as well as other local youth in the Kopila Valley.

Energized by the difference she could make, Doyne was moved to spend $5,000 she earned as a babysitter to purchase land in Surkhet, Nepal. Three years later, with the help of supporters at home and aid from members of the Nepalese community, the school formally opened its doors.

In operation for nearly a decade, the school now serves 350 students and is rated top in the region. In addition to being named a CNN Hero, Doyne was honored as a Forbes “Top 30 under 30” Social Entrepreneur and by the Dalai Lama as an Unsung Hero of Compassion.

While the November 5, 2019 talk, sponsored by the Oak Knoll Parents’ Association, is free and open to the public, pre-registration is suggested as space is limited. Click here for more information or to pre-register.