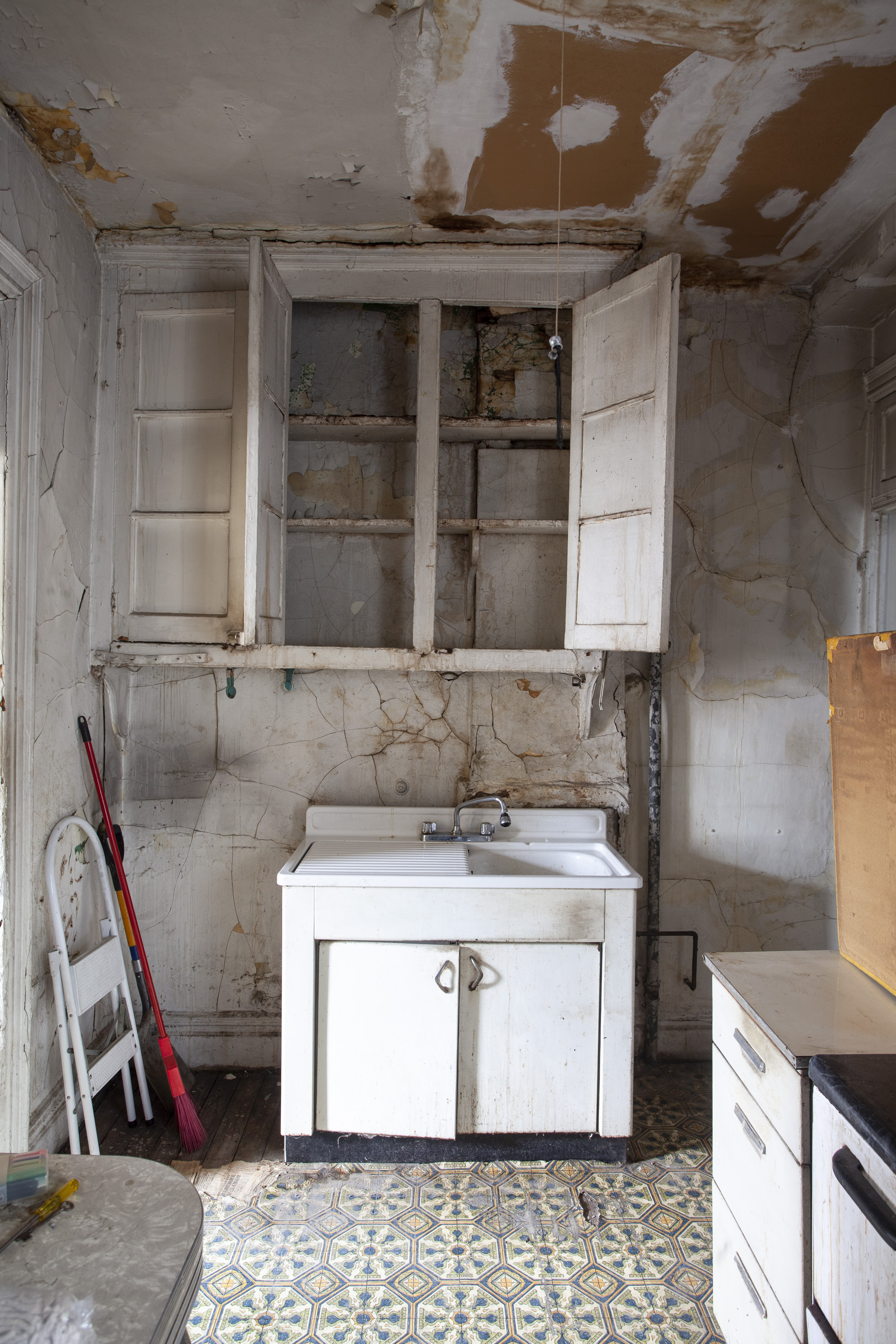 Arts Council of Princeton presents All That You Leave Behind

Paul Robeson Center for the Arts

Paul Robeson Center for the Arts

The Arts Council of Princeton presents All That You Leave Behind, a collaborative multi-media exhibition with textile artist Diana Weymar and photographer Nelson Hancock that explores narrative and artistic interpretations of personal, everyday objects. Of this exhibition, the artists write, “We craft ourselves through word and deed, but also through collecting. Our collections speak volumes about how and with whom we’ve spent our lives. Some things are for public display, others are privately preserved. Decorative tchotchkes share space with tools of everyday life. Souvenirs and old letters fill a box along with crafting materials or a collection of old pencil sharpeners that are ‘too good to throw out’. Curating and hoarding meet in drawers and closets on cluttered shelves. All That You Leave Behind uses an archeology that is both concrete and imaginative to conjure an ambiguous narrative. A shelf of trophy objects overseen by a hero’s portrait pushes the story one direction while a poison pen letter, carefully preserved for decades in a folder with a rusty paperclip, pulls it in another. In our personal spaces, it can be easy to accommodate multiple, sometimes contradictory, narratives to find comfort in and make meaning out of our lives. In this exhibit there is a play between the documentary mode and a more creative form of translation. With objects and text fragments reproduced in textile and thread, the work continually returns to the inherent conflict between authenticity and representation. While the photographs offer a sense of transparency, the stitching creates more distance and recalls the intervention and embellishment of the artists.” All That You Leave Behind will be on view in the Arts Council’s award-wining Taplin Gallery January 5 through March 16, 2019. All are welcome to the Gallery Talk on Saturday, January 5, 2-3pm, immediately followed by the Opening Reception from 3-5pm. Paul Robeson Center for the Arts, 102 Witherspoon Street, Princeton, NJ. For more information, please visit artscouncilofprinceton.org or call 609.924-8777. About Nelson Hancock: Nelson studied photography and anthropology at Princeton University and later earned a PhD in cultural anthropology from Columbia University. He has worked at the American Museum of Natural History, creating exhibits from the museum’s archives and returning them to the Siberian communities where they were shot a century earlier. He later ran the Nelson Hancock Gallery and directed the Critical and Visual Studies Program at Pratt Institute. He now works as a commercial and fine art photographer in Brooklyn. About Diana Weymar: Diana Buri Weymar is a textile artist and activist. She has worked on projects with Build Peace (Nicosia, Bogota, Zurich and Belfast), the Arts Council of Princeton, the Nantucket Atheneum, the W.E.B Du Bois Center at UMass Amherst, the University of Puget Sound, The Zen Hospice Project (San Francisco), the Peddie School, Open Arts Space (Damascus, Syria), Trans Tipping Point Project (Victoria, BC), New York Textile Month, the Textile Arts Center (Brooklyn, NY), and The Wing (NYC). She has exhibited her work in both Canada and the United States. One of her first projects, “The John McPhee Sampler,” was based on his New Yorker pieces on the craft of writing. “Interwoven Stories” and “Tiny Pricks: Trump, Tweets, Text, and Textile,” both international projects, are open for public participation. She is currently working on Names Disappearing with Syrian journalist and human rights defender Mansour Omari. The W. E. B. Du Bois Center at UMass Amherst recently purchased ten of her thread paintings based on Du Bois's inforgraphics. She is the creator and curator of Tiny Pricks and Interwoven Stories. Tiny Pricks is an international textile protest and material record of the Trump presidency. She has curated for NRG Energy's headquarters in Princeton and this is her fourth exhibit at the Arts Council of Princeton. The Arts Council of Princeton’s Taplin Gallery was founded in 2008 and has won Favorite Art Gallery in the Discover Jersey Arts People’s Choice Awards for six of the past seven years. Located in the Paul Robeson Center for the Arts, the Taplin Gallery is run by ACP artistic director Maria Evans and has featured artists such as Philip Pearlstein, Polly Apfelbaum, and Willie Cole, among other notable artists. The Taplin hosts a variety of events that are free and open to the public, including gallery openings and artist talks, as well as educational programming for local students K-12. ACP exhibitions and related educational programs receive funding from the Geraldine R. Dodge Foundation, Bob and Cynthia Hendrickson, and the New Jersey State Council on the Arts. The Arts Council of Princeton, founded in 1967, is a non-profit organization with a mission of Building Community through the Arts. Housed in the landmark Paul Robeson Center for the Arts, designed by architect Michael Graves, the ACP fulfills its mission by presenting a wide range of programs including exhibitions, performances, free community cultural events, and studio-based classes and workshops in a wide range of media. Arts Council of Princeton programs are designed to be high-quality, engaging, affordable and accessible for the diverse population of the greater Princeton region. 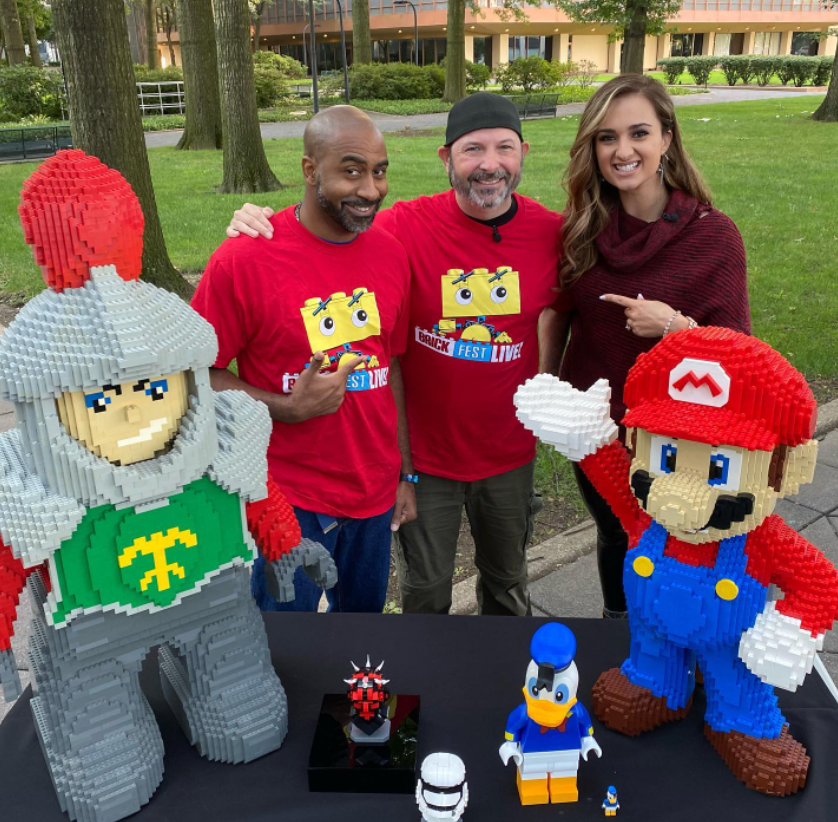