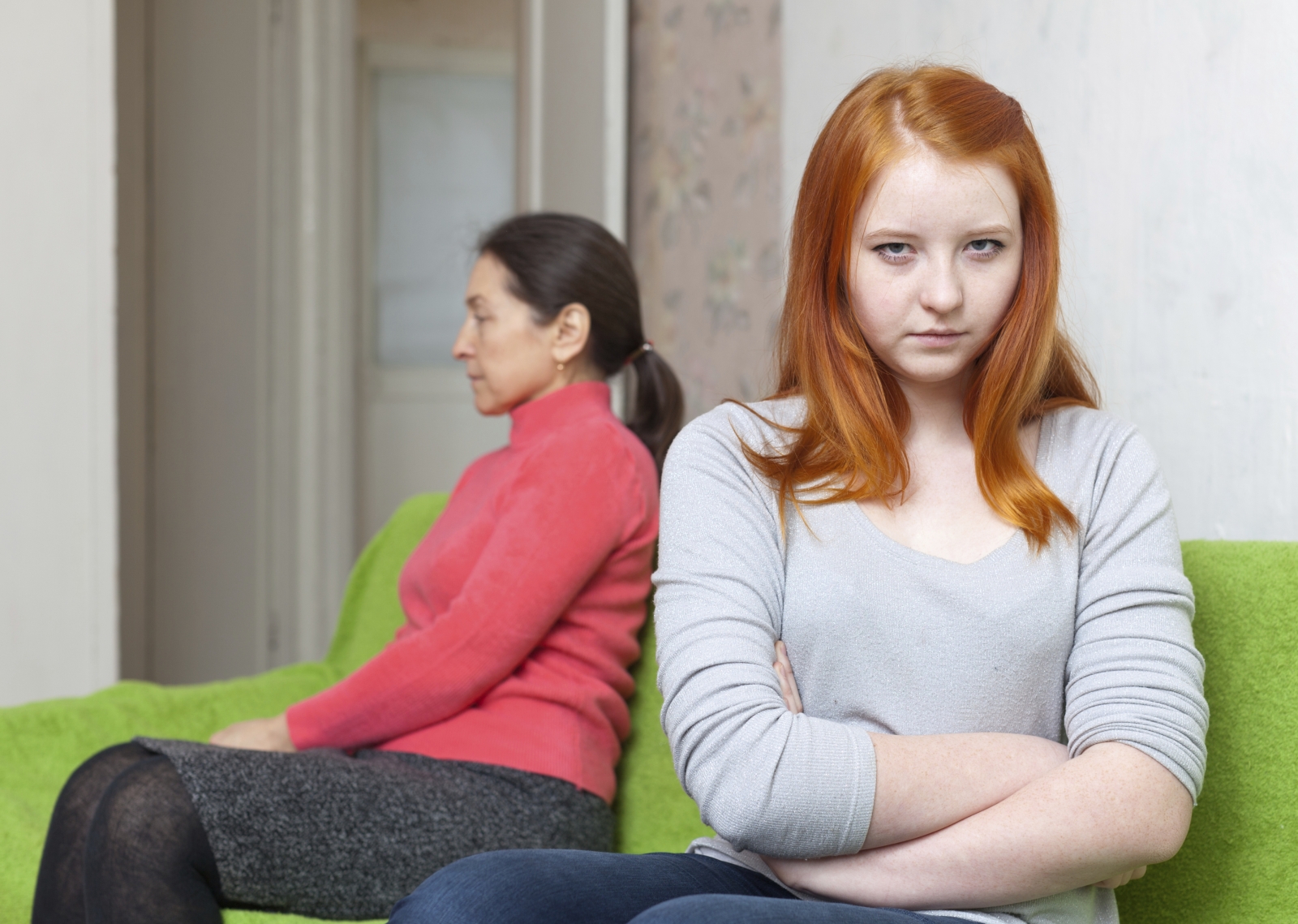 When your child misbehaves or breaks a rule, a popular go-to for many parents is the “time-out.” That may work for your second-grader, but as your child enters middle and high school, sticking them in the corner or sending them to their room for “time-out” may no longer be the best way to show them that what they’ve done was wrong.

As your son or daughter becomes old enough to want to fight for their sense of independence, many parents struggle with setting fair, consistent rules about everything from their cell phone usage to their curfew—and getting your child to actually follow those rules. Studies show that yelling at your pre-teen or teenager or sending them to their room—which, in many cases, is home to their computer or video games or television—will ultimately prove ineffective methods of discipline.

So how do Mom and Dad maintain their authoritative role and continue to teach older children about the consequences for their actions—and, hardest yet, while keeping the peace at home? According to Lauren Muriello, founder and clinical director at Well Being Therapy Center in Montville and Short Hills, it all begins with parents learning how to adapt their parenting style as their child grows up, and that may mean choosing to take a step back and letting kids learn from their own mistakes from time to time. “If your child is 14 or 15 and you’re disciplining them as though they were 6 or 7, then they’re going to continue to behave like 6- or 7-year-olds,” she says. “For a tween or teenager, sometimes parents have to learn how to create some distance and let their kids figure things out on their own.”

Of course, that isn’t to say that once your son or daughter reaches the ripe age of 13 that they should be free to do whatever they want; it’s still crucial for parents to set consistent, fair boundaries. One way to help ensure that your child actually follows the rules is to include them in the decision-making process. “I find it’s most effective when parents sit down with their teenager and create the rules and consequences together; that way, if they break a rule, there’s less likely to be a big debate or argument about it,” Muriello adds.

These kinds of conversations can also prove the ideal opportunity for parents to engage in conversations about the important matters that your child may be dealing with. “You don’t have to feel as though you’re always telling your child what not to do; teens often feel invincible and think that bad things can’t happen to them, so including them in conversations about consequences and explaining to them why you have to set these rules can make a big difference,” says Dr. Resa Fogel, a licensed psychologist practicing in Montclair and Teaneck, who works with children, adolescents, and adults.

It can also be beneficial to post a list of those rules where everyone in the family can see them. According to Jeff Melman, a licensed clinical social worker in private practice in Maplewood and clinical director of a Passaic county high school, creating those fair rules and realistic consequences in a reasonable way is the best way to ensure that you and your teenager are always on the same page. “You want to create those natural consequences—losing access to their cell phone, an earlier curfew—and then make sure everyone knows them. If you can set the rules and these pre-determined consequences in a reasonable way, it’s easier for parents to follow through and for teens to accept when they’ve messed up.”

When it comes to setting consequences, parents should also keep in mind that the primary reason that “time-out” may no longer prove effective for an older child is because it doesn’t show a teenager why it’s not okay to break their curfew or stay up all night texting friends or engage in reckless behavior. “The rule of thumb when it comes to adolescents is making sure the punishment always fits the crime,” explains Vicki Beckerman, a licensed clinical social worker practicing in Nutley, who specializes in working with children, teenagers, and families. “If your child is raising their voice or being rude to you, it’s no longer appropriate to send them to time-out or to their rooms when, at 12 or 13, they’re more than happy to hole up in their bedroom with their computer or iPad,” she says.

“If your child breaks curfew and you don’t want them to do it again, then there has to be some kind of immediate consequence, and it has to be related to that behavior,” Muriello agrees. “Taking away their laptop for a month doesn’t make sense…instead, maybe it’s that they have to come home three hours early the next night, or not go out at all.”

However, one form of time-out may be worth trying; as teens rebel and fight for independence, flare-ups are bound to happen. And according to Beckerman, instead of yelling or fighting with your child, it’s usually best to take a time-out from the situation.  “It’s your job to model the type of behavior that you expect from your kids, and so instead of getting mad and shouting at each other, it’s often best to take a break and set up a time to discuss the issue later when everyone has calmed down,” she adds.

Parents should also remember that teens are exposed to a great deal of stress as they mature, from school to friends to peer pressure, and it usually pays to be sensitive to this unique time in their lives and try to get to the bottom of an issue before handing down a punishment.

“Everybody messes up from time to time, and teens are dealing with everything from the pressure to get into a good college to self-esteem issues,” Fogel says. “They are going to make mistakes, and as a parent, you want them to come to you first…so that means they have to feel comfortable knowing that you’re always there to guide them.”

Jennifer Nelson is an NJ-based freelance writer who specializes in writing about health, fitness, parenting, and lifestyle issues.