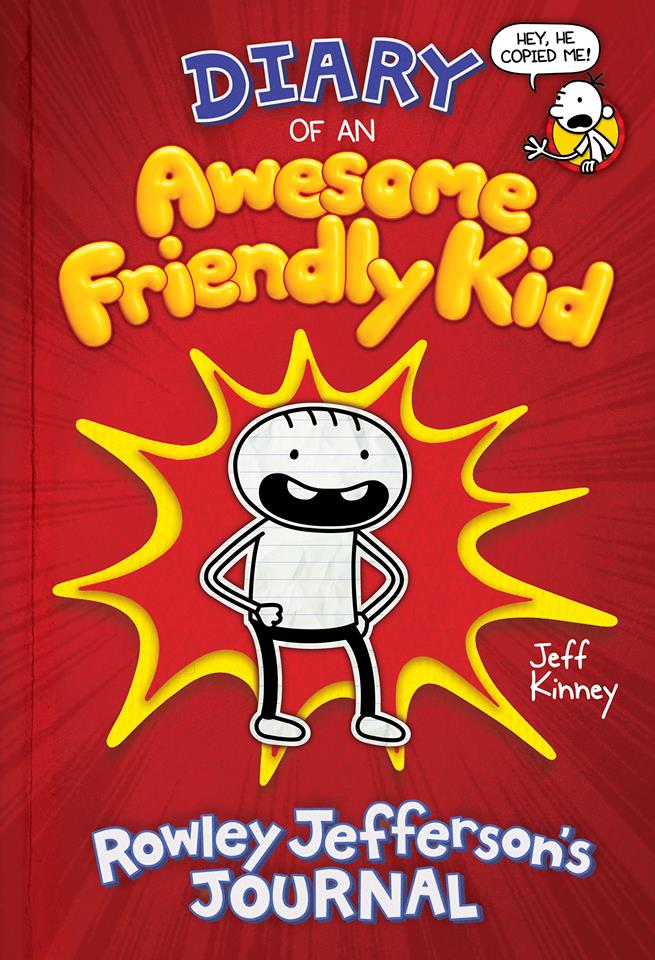 Courtesy of Diary of a Wimpy Kid Facebook page

Whether or not your kids are big readers, chances are they’ve read and loved Diary of a Wimpy Kid by Jeff Kinney. The New York Times bestselling series, which follows the adventures of middle schooler Greg Heffley, will change gears, focusing on Greg’s best bud, Rowley Jefferson.

Debuting on April 9 with a three million-copy first printing, Diary of an Awesome Friendly Kid will follow the ever-cheerful Rowley, who has agreed to chronicle his best friend’s life. But Rowley’s stories tend to focus on his own life rather than Greg’s.

It’s no surprise that Kinney continues to expand the world of Wimpy Kid. With more than 200 million copies of the series sold in multiple languages around the world (plus a movie!), the beloved series still has plenty of characters and scenarios to explore.

“Publishing Rowley Jefferson's side of the story is truly awesome,” says Michael Jacobs, president and CEO of the book’s publisher, ABRAMS. “Jeff Kinney's power to excite, engage and expand his fans' worlds is evident in the amazing sales of the Diary of a Wimpy Kid series, which has made reading fun for millions of kids around the globe. Now, that experience will be doubled with the introduction of Rowley Jefferson's own voice.”

We’re so excited to hear from Rowley’s perspective. What other Wimpy Kid characters would your kids like to hear from? Let us know in the comments below.