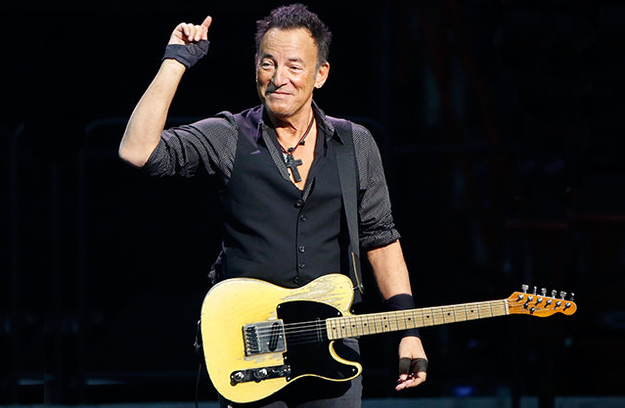 UPDATE:
If you've been waiting, there are dates for this awesome Broadway experience now… and if you're a fan, you'd better act fast to try and snag tickets.  “Springsteen On Broadway” will run from October 12 to November 26 with previews set for October 3. The show will run five nights a week. In order to keep scalpers from snagging the tickets and charging crazy resale prices, users are being asked to register in advance to prove they are human beings. Ticket registration opens today via Ticketmaster VerifiedFan. Lucky fans will be notified on Aug. 29, and tickets will go on sale the following morning.

And even better news, the show isn’t just a rock n’ roll concert either. Springsteen will read excerpts of his autobiography Born to Run and tell stories of becoming a Garden State legend.

Calling all Springsteen fans: We’ve just found your most epic date night ever. The Boss is heading to Broadway.

Bruce will call the Walter Kerr Theatre home for eight magical weeks this fall, but don’t expect to see him star in a traditional on-stage production. Sources say he’ll be playing a pared down set—which means the audience will be treated to a much more intimate experience compared to the gigantic stadiums he usually fills.

Expect to see him light up the stage with faves like  “Born to Run,” “Badlands” and “The Rising” five days a week starting in November.