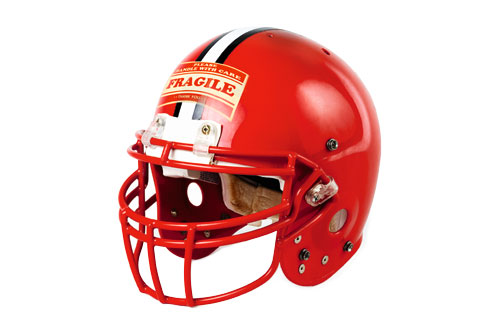 All three of my children play a variety of sports. Fortunately, aside from minor bumps, bruises, and one sprained wrist, they have never gotten hurt. But many of their teammates have, the most common injury being concussions. Just last month, two girls on my daughter’s high school basketball game had to spend the last week of the season on the bench due to concussions.

Concussions seem to be more prevalent than ever. According to the Center for Disease Control and Prevention, emergency department visits for sports and recreation-related traumatic brain injuries, including concussions, have increased by 60% among children and adolescents (from birth to 19 years old) over the past decade.

Dr. Joseph Rempson, codirector of the Concussion Center at Overlook Medical Center in Summit, says, “The number of concussions being reported and treated has definitely increased. Years ago, many children probably sustained concussions but no one realized. Now adults involved in youth sports are better equipped to recognize the signs and symptoms of a concussion and encourage young athletes to seek medical attention.”

An increase in the number of young athletes participating in sports and playing in contact sports year-round (as opposed to seasonally) has also led to the rise in concussions. Youth sports have become more competitive—kids are bigger, stronger, and faster—resulting in more injuries.

What is a concussion?

A concussion is a minor traumatic brain injury that can alter the way your brain functions. While many assume that a concussion is always the result of a blow to the head, a concussion can occur if a person is hit in the face, neck, or elsewhere in the body if that blow is transmitted to the head. A relatively minor impact may result in a concussion, while a high-magnitude hit to the head may not. Experts say there is simply no way to know for certain whether a particular blow will ultimately lead to sustaining a concussion.

Dr. Robert Cantu, chief of neurosurgery at Emerson Hospital in Concord, Massachusetts and author of the book, Concussions and our Kids (Houghton Mifflin Harcourt, 2012), says, “Children and teens are more vulnerable to concussions than adults because their nerve cells and connections don’t have the coating and insulation of adult brains. In addition, they have disproportionately weak necks and large heads compared to adults. This sets them up for brain injuries that are more serious than those sustained at a later age from the same amount of force.” Because girls generally have weaker necks, they appear to be more susceptible to concussions and post-concussion symptoms than boys and are often slower to recover.

Parents may think that only athletes that compete in aggressive contact sports like football, hockey, and lacrosse suffer concussions, but this is not true. Concussions occur in many sports, including basketball, soccer, and cheerleading—even synchronized swimming.

Symptoms, recovery, and playing it safe. —>

The symptoms of a concussion vary. Usually the signs of concussion will be apparent immediately upon injury, but some children may not experience symptoms until several hours or even days later. A majority of kids suffering from a concussion complain of some type of headache. Other effects associated with concussions include problems with memory, concentration, balance, judgment, and sleep.

If a child receives any type of blow during a game or practice, she should be pulled out and examined.  When asked, “How are you?” many young athletes will answer “fine” because they do feel okay and/or because they want to get back in the game. If there is any reason for concern, the child should not continue to play and should seek medical attention.

Dr. Cantu says he doesn’t want parents to feel that need to be doctors. But if their child seems “off,” parents should ask questions, “Did you get hit in practice today or fall?” to see if it might be the result of a concussion.

Kids that have sustained a concussion need to rest. Not just physically but mentally, too. Every concussion and every child is different. For some, reading or watching television is fine, but others may find it aggravates their symptoms. At the very least, children should refrain from playing sports and doing schoolwork until they are given clearance by their doctor.

For concussions that are properly managed from the start, Cantu estimates that roughly 80% of people will recover within seven to 10 days and that 20% will go on and have symptoms that last beyond that time. Somewhere between 5% and 10% will go on to have post-concussion syndrome, in which symptoms last beyond a month. Children and teens are more susceptible to this than professional players because their developing brains take longer to heal and they are more prone to subsequent concussions.

Dr. Rempson says, “Parents will ask, ‘When can my child return to sports?’ They are looking for a concrete and simple answer. But concussions are brain injuries, and like all brain injuries, the recovery time is not predictable.”

Although it is impossible to completely stop children from getting hurt playing sports, there are ways to reduce injuries, specifically concussions.

Improving the safety of youth sports should be the number-one goal of all adults, from parents to coaches. Concussion experts have advocated for changes in sports such as getting rid of headers in soccer for children under age 14 and eliminating full-contact football practices at the middle- and high-school level. Dr. Rempson says, “Sports are a great institution that provides children with so many physical, mental, and emotional benefits.  We don’t want children to stop playing sports. We just want to lower their risk of serious injury.”

Randi Mazzella, a mother of three, is a freelance writer from Short Hills.