New Jersey Gets an A for Social Distancing, Says Cell Phone Data Map

Quarantine Birthday: How I Threw My Daughter’s Party 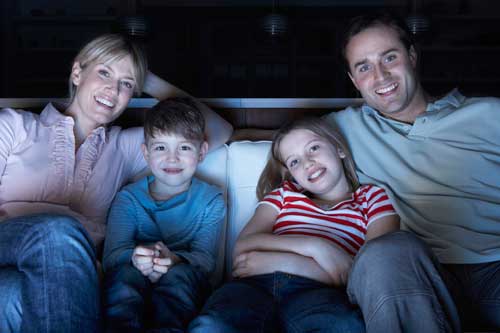 When I was 19, my aunt introduced me to the daunting task of gauging movie appropriateness for kids. After my 6-year-old cousin went to bed one night, my aunt sat down to watch Ace Ventura. “Tisha wants to watch it, so I’ve got to see it first.”

That was back in that dinosaur age known as the early 90s. Today we can learn what we need to know about movies within two minutes, thanks to sites like Common Sense Media that give the lowdown on issues like language, violence, and message.

So I really have no excuse for what happened with Big Miracle.

Last Saturday, my 7-year-old, Molly, 4-year-old, Frankie—and my husband—watched the trailer for Big Miracle, the blockbuster about the true story of a reporter and Greenpeace activist who unite the world behind an effort to save a family of gray whales.

Who wants to be the heavy and say, “Let me check Common Sense Media first?”

Besides, it was billed as a “family” film. And they loved Dolphin Tale.

For the first hour or so, except for some minor bad language, everything went swimmingly (so to speak). Then it happened. Bam Bam, the baby whale, stops surfacing. The situation went over Frankie’s head, but Molly was devastated.

“Don’t worry,” I said. “Things always work out in the movies.”

It was a line I’d repeated since she was 3 and saw the scene in Dr. Dolittle when the pet guinea pig is almost flushed down the toilet.

Now here we were, more than half her life later, and guess what? Bam Bam never surfaces. Molly couldn’t stop crying.

“It’s ok,” I whispered. “Two of them survived. That’s better than none, right?” Thank goodness I stopped myself before I quoted the Meat Loaf song.

“I’m too sad to sleep,” Molly told me that night.

“I’m sad, too,” I said. Then I decided to level with her. “Sometimes we can’t stop sad things from happening—but we can learn from them.” I pointed out that support for Greenpeace increased dramatically because of the whales’ story. “So Bam Bam couldn’t be saved, but many more animals were saved because of him.”

It might not have been the best explanation, but it was certainly better than the line I’d been feeding her. After all, what does a qualifier like “in the movies” mean to any of us, let alone a child?

In the end, I’m glad we saw the movie. I think it was a good lesson to Molly that things don’t always work out as planned, but that doesn’t mean you shouldn’t try. It was also a good lesson to me that the easiest line isn’t always the best one, and that it’s a parent’s job to be prepared. It would’ve taken a minute to look up the review on Common Sense Media, which mentions the death. It would’ve taken several more to research (or think about) how to talk to kids about such things, but it would have been worth it—even if it meant being the heavy.