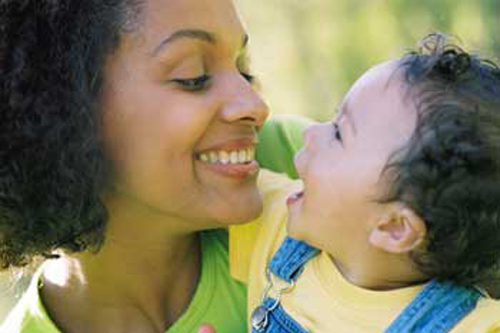 Babies and children are whizzes at learning a second language, but that ability fades as early as their first birthdays.

Researchers at the University of Washington’s Institute for Learning & Brain Sciences are investigating the brain mechanisms that contribute to infants’ prowess at learning languages, with the hope that the findings could boost bilingualism in adults, too.

In a new study, the researchers say the brains of babies raised in bilingual households show a longer period of being flexible to different languages, especially if they hear a lot of language at home. The researchers also show that the relative amount of each language—English and Spanish—babies were exposed to affected their vocabulary as toddlers.

The study, published online August 17, 2011 in the Journal of Phonetics, is the first to measure brain activity throughout infancy and relate it to language exposure and speaking ability.

“The bilingual brain is fascinating because it reflects humans’ abilities for flexible thinking—bilingual babies learn that objects and events in the world have two names, and flexibly switch between these labels, giving the brain lots of good exercise,” says Patricia Kuhl, co-author of the study and co-director of the UW’s Institute for Learning & Brain Sciences. “The infant brain tunes itself to the sounds of the language during this sensitive period in development, and we’re trying to figure out exactly how that happens. But almost nothing is known about how bilingual babies do this for two languages. Knowing how experience sculpts the brain will tell us something that goes way beyond language development.”

The researchers say the best way for children to learn a second language is through social interactions and daily exposure. “Learning a second language is like learning a sport,” says Adrian Garcia-Sierra, lead author and a postdoctoral researcher at UW’s Institute for Learning & Brain Sciences, who is raising his two young children as bilingual. “The more you play, the better you get.”

The National Science Foundation Science of Learning Program grant to the UW’s LIFE Center, a multi-institutional program, funded the study.