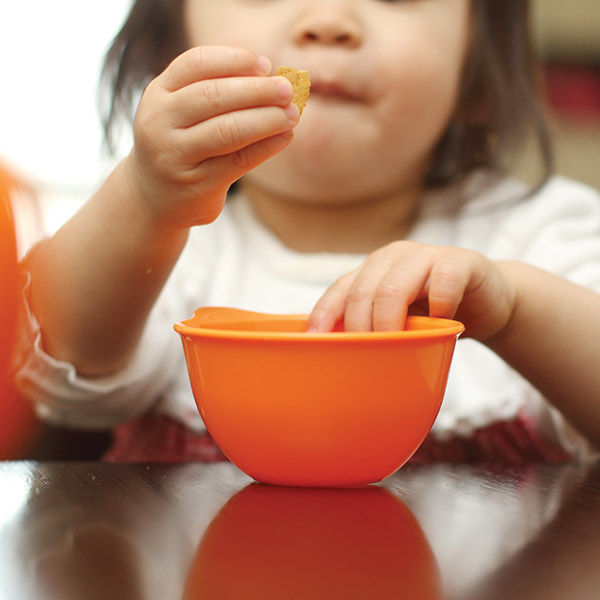 S everal years ago, some New Jersey public schools sent home letters to parents whose kids were considered overweight or obese based on standard height and weight measurements. The so-called “fat letters” stirred up a debate that continues today: What’s the best way to support parents who want to help their kids get to a healthy weight? The answer isn’t simple.

Some good news: Throughout the country, the number of obese kids has been declining. “We’ve made some progress nationally in the younger age groups,” says Suzanne Cuda, MD, co-author of the Pediatric Obesity Algorithm (first created by the Obesity Medicine Association) and associate professor of pediatrics at Baylor College of Medicine in Houston, TX. “Since 2012 the amount of two- to-five-year-olds who are obese has declined, but the number of severely obese children in the US has increased.”

Here’s some good news for NJ: Kids and teens between ages 10 and 17 are last on the list when measuring obesity nationwide, according to 2015 stats from the Trust for America’s Health (TFAH).But doctors in the state acknowledge there’s still a long way to go when it comes to younger kids, and there’s plenty of room for improvement all around.

If you have a kid who’s struggling with his or her weight, the first step to getting help is having a medical professional identify the issue. “There are a number of different ways to diagnose obesity,” says Melissa Woo, MD, Medical Director of the KIDFIT program at Atlantic Health System. “The most common way is to measure Body Mass Index (BMI), which uses a person’s height and weight to estimate how much body fat they have.”

Obesity is defined as having a BMI at or above the 95th percentile on weight charts for kids and teens of the same age and sex, according to the Centers for Disease Control and Prevention (CDC).  While this is the most commonly used measurement, critics argue that BMI has its problems, particularly for muscular and athletic kids who may weigh more than most, even though they’re physically active and maintain a balanced diet.

If your doctor expresses concerns about your child’s weight, it’s important to get to the root of the problem before coming up with a plan. The Obesity Center lists depression, poor body image, low self-esteem, asthma, diabetes and behavioral and learning issues as red flags to look for.

Of course, poor diet and a lack of exercise are major contributors to a child’s likelihood to be obese. But there are other factors, too. A report by the National Initiative for Children’s Healthcare Quality (NICHQ) found ethnicity, for example, could put kids more at risk for weight gain. In NJ, African American and Hispanic children are most at risk for obesity. Family income also plays a role. “Low-income areas usually have limited access to grocery stores that sell affordable healthy food and fewer safe places to play and be active,” says Woo.  Case in point: New Jersey has the highest prevalence of obese kids in low-income families among the 44 states who report this statistic, according to TFAH. In Trenton, schools are working to combat obesity by giving kids access to salad bars and incorporating more movement into lessons.

Genetics also come into play.  “Children who have obese or overweight parents are far more likely to become obese themselves,” explains Cuda. “Parents of younger kids especially make almost all their children’s decisions when it comes to food, so if they’re making unhealthy choices, their children will be more likely to follow suit.”

If you’re worried about your child’s diet, it’s critical to tackle the weight issue as a family, rather than letting him go it alone. “The best thing that parents can do to help their child change his or her eating habits and activity level is to be good role models, and have the whole family involved with any changes they want their child to make,” suggests Woo.  The same applies to exercise. Researchers at Vanderbilt University Medical Center found that kids follow their parents’ behavior, whether they’re working out or sitting on the couch.  Consider getting an activity tracker or pedometers for the whole family and compare your steps at the end of the day. If you haven’t reached your step goal, take a walk with the kids before dinner. Or just set a goal to be active for 20 minutes a day. “Kids have a much higher chance of beating obesity when their family is working toward a healthier lifestyle together,” says Cuda.

It’s not helpful to tell your child she’s overweight or obese since that can contribute to poor body image down the road. Instead, tell her you’re focusing on maintaining a healthy lifestyle as a family.  David G. Scott, coordinator of pediatric exercise physiology at The Goryeb Kid-FIT Program, agrees, noting, “We never use the words fat or obese with children [because] most of these kids have experienced fat shaming or bullying before, so we’re very conscious of that when they come in.”

Losing weight is a challenge for anyone, but it can be especially daunting for kids. “Depending on how much weight your child has to lose, it will take at least a year of healthy eating and exercise for him to get to his target weight,” says Cuda. She stresses the importance of staying away from anything with added sugar—particularly soda and juice—as well as fast food. “Kids should be eating a balanced diet with protein, whole grains, plenty of vegetables and dairy,” adds Cuda.

The main key to living a healthy lifestyle and staying on track is heavily rooted in moderation. “By teaching children correct portion sizes, they can accurately eat the correct amount if they’re away from home,” says Jill Sharon, MD,  the founder of the Fresh Future program and a pediatrician who specializes in obesity medicine. And though it might be tough for kids to keep away from sweets when you’re not there to watch them, there are ways to keep them healthy without being with them 24/7.

Scott agrees you can’t deny children certain foods completely, especially when they’re in a social setting. “Of course you wouldn’t have kids tell their peers they couldn’t eat certain foods at a birthday party—that would make them feel ostracized,” he explains. “Instead have them fill half their plate with salad, so there’s only so much room for less healthy foods. So rather than having two hamburgers, they’ll stick to one.”

The most important outcome of tackling childhood obesity? We need to make sure our kids embrace healthy habits at a young age so they’re more likely to lead healthy, active adult lives.