From Ho-Ho-Kus and Buttzville to Foul Rift and Cinnaminson, there’s no shortage of weird town names in New Jersey. With 565 municipalities, much has been written about the unusual and duplicate town names in the Garden State. How many Washington and Franklin Townships can you count? 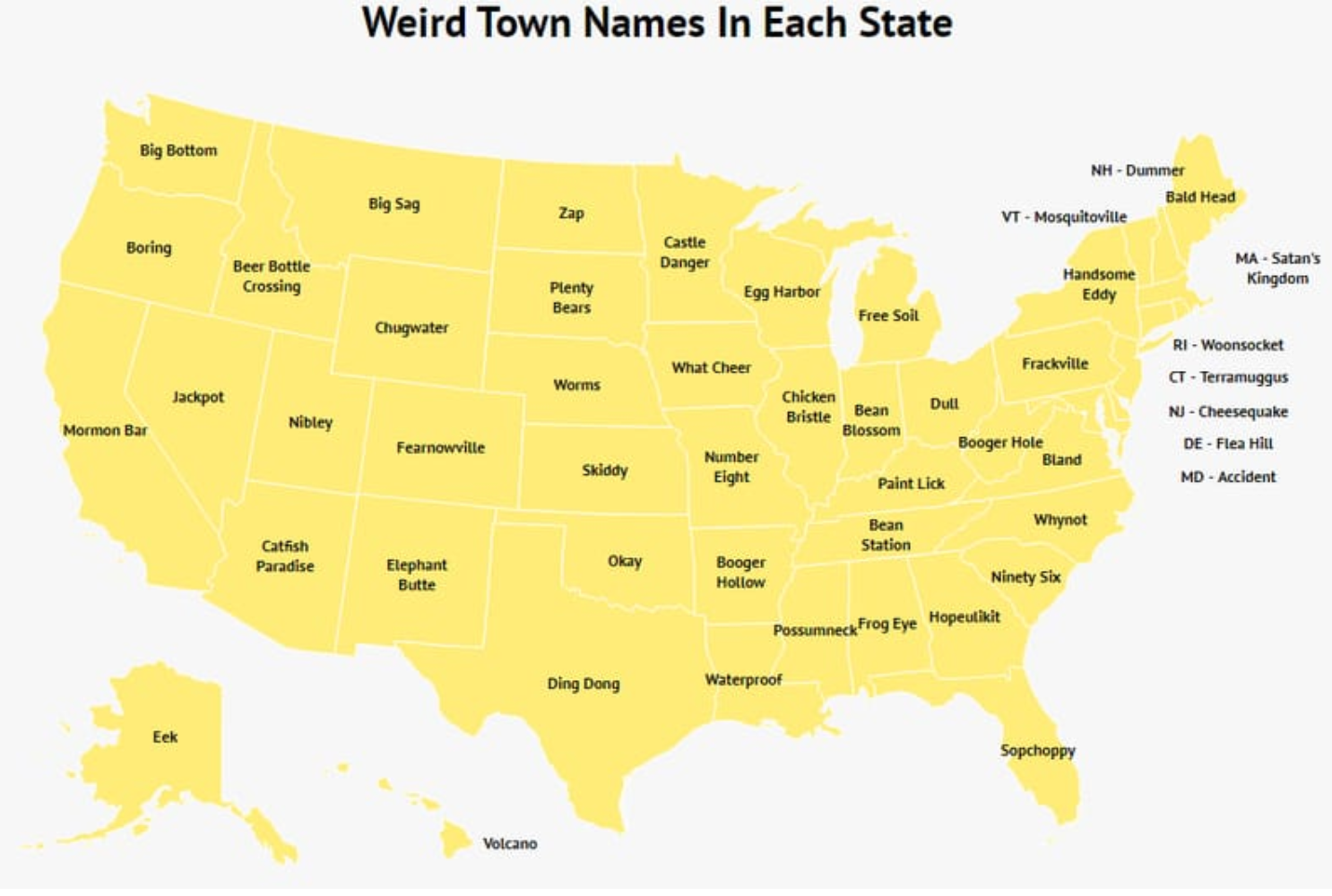 The career website Zippia recently rounded up a list of the weirdest town names in every state. Topping the list for New Jersey? Cheesequake, which the website called “too weird to even comprehend. Seriously, though. Where’s the thought behind Fearnowville, Hopeulikit, Sopchoppy, and Cheesequake?” the website said of Cheesequake and other weird town names from other states.

Cheesequake is an unincorporated community that’s part of Old Bridge Township in Middlesex County. It’s located just south of Cheesequake State Park. According to nj.gov, the word Cheesequake is derived from the Lenape word Cheseh-oh-ke, meaning upland or “upland village.” The state park is unique because it  “encompasses hilly northeastern hardwood forests, open fields and even an isolated section of the Pine Barrens that drops down to saltwater marshes and freshwater marshes along Cheesequake Creek,” the website says.

Among the other weird town names from around the country named are Waterproof, Louisiana; Booger Hole, West Virginia; Ninety Six, South Carolina and Boring, Oregon.

Oregon’s “Boring town name isn’t necessarily a selling point for anyone trying to visit so you have to wonder what prompts someone to name a town that,” zippia says. “What’s more, there are 3 other states in the U.S. with a “Boring” town. Bland, Virginia; Dull, Ohio; and Okay, Oklahoma aren’t that great for tourism either.”

Handsome Eddy earned the top spot for the weirdest town name in New York. “The state with objectionably the greatest city in the world (cue Hamilton song) is also home to a town called Handsome Eddy,” zippia says. “Who’s Eddy and what makes him handsome?”

As for other nearby states, Frackville took the top spot in Pennsylvania; Flea Hill in Delaware and Terramuggus in Connecticut. What would be your choice for the weirdest town name in NJ? Tell us in the comments.