If you’ve got time to take a day trip out of state, hop across the border to Pennsylvania. You’ll find history, science, and fun right next door.

For example, my family has visited The Franklin Institute in Philadelphia on several occasions, and my children never tire of scampering through its Giant Heart. Built in 1954 of four tons of plaster and papier mâché, the heart was meant originally to be a temporary walk-through exhibit. It became an immediate hit, however, and today—after several surgeries to update it—the two-story heart still delights and educates all who explore this science museum and its diverse, interactive offerings.

The Franklin Institute (215-448-1200) is one of many top-notch family attractions just across the New Jersey-Pennsylvania state line. Philadelphia alone abounds with opportunity for adventure. Here’s a sampling of what you’ll find: 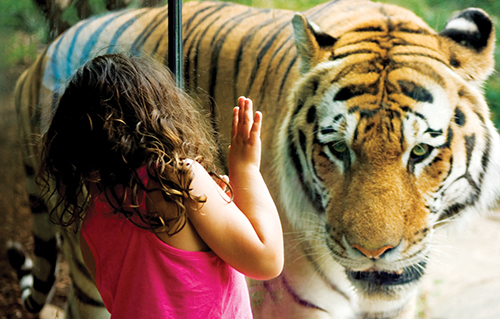 Venture elsewhere across the border to Easton, where your family can let loose its creative muse at the Crayola Factory (610-515-8000). Or go spelunking in Hellertown at Lost River Caverns (610-838-8767), with its abundance of stalactites, stalagmites, fluorescent minerals, and other crystal formations.

With spring approaching, you can look forward to taking your little ones to Sesame Place in Langhorne (866-GO-4-ELMO). It’s a theme and water park where Sesame Street friends welcome visitors from May to October.

You might set your heart racing on the gravity-defying roller coasters of Dorney Park in Allentown (610-395-3724) and Hersheypark (800/HERSHEY). Open from May to early fall, both facilities offer something for all ages, including amusement rides, live entertainment, and water parks. Within Hersheypark, you’ll also find ZooAmerica, home to more than 200 North American animals.

While there are many Jersey jaunts available to families in our state, don’t forget that other adventures await an hour or two across the border in the Keystone State too.

Mary Ann McGann is a freelancer writer and lives in New Jersey.